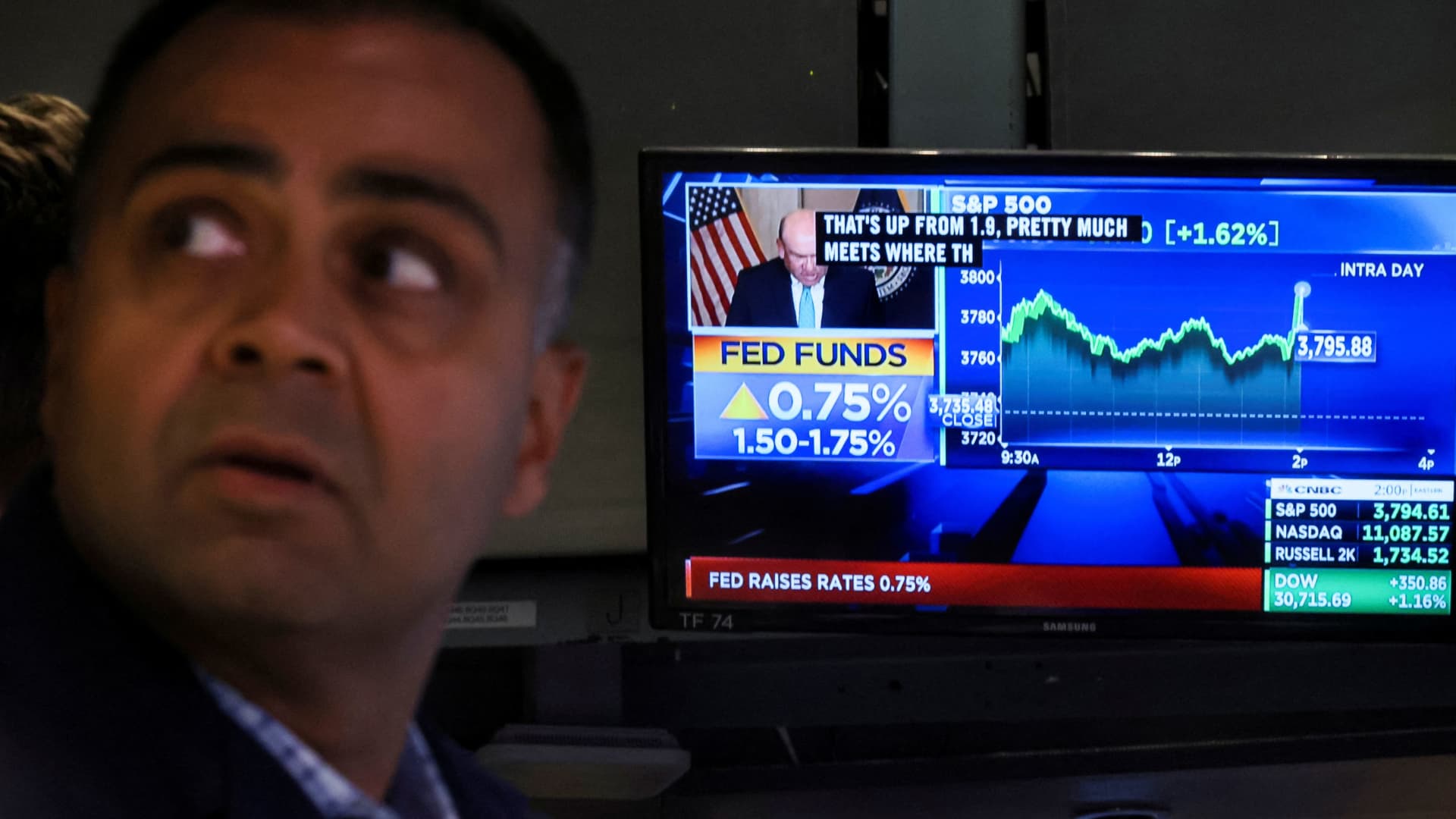 A screen displays the Fed rate announcement as a trader works (inside a post) on the floor of the New York Stock Exchange (NYSE) in New York, June 15, 2022.

The U.S. Federal Reserve last week struck a hawkish tone on combating inflation via monetary policy, but analysts are concerned about the potential threat of its persistent tightening strategy.

Fed Chairman Jerome Powell warned that the U.S. economy will face “some pain” as the central bank continues raising interest rates aggressively, prompting markets to sell off once again on the increased prospect of a recession.

Markets around the world sold off amid the apparent confirmation that monetary policy tightening is being front-loaded, likely exacerbating the risk of recession as policymakers focus on the Fed funds rate as its key inflation-fighting tool.

However, in a research note Tuesday, analysts at London-based CrossBorder Capital argued that the “quantitative liquidity dimension” is being overlooked, with the Fed’s balance sheet reduction – or quantitative tightening – having an asymmetric impact on the economy.

“The Fed sees QT/QE operating like an ‘air conditioning unit’ whirring in the background, but we see QT as a wrecking ball that will ultimately reverse into another QE,” CEO Michael Howell said in the note.

CrossBorder warned ahead of Powell’s Jackson Hole speech that the risk was growing of a “major upcoming policy error” from the Fed’s course of action, specifically the “impact of excessive QT on financial stability.”

Quantitative tightening is a monetary policy tactic used by central banks to reduce liquidity and contract their balance sheets, usually by selling government bonds or allowing them to mature and moving them off the bank’s cash balances.

CrossBorder Capital believes central banks are sucking too much liquidity out of financial markets too quickly, and Howell pointed to a recent hawkish shift by some European Central Bank policymakers, which he said may trigger euro instability and eventually a liquidity pivot from central banks in 2023.

“Our concern is that QE/QT have out-sized effects on financial stability, with the proposed near-one third Fed balance sheet contraction equivalent to around 5% points added to Fed Funds,” Howell said,

“At some stage in 2023, the Fed will be forced to pivot towards getting its balance sheet up again and the U.S. dollar down. Until this point is reached, the next few months will see greater QT (quantitative tightening). This should spook markets.”

The concern about QT was echoed by Mazars Chief Economist George Lagarias, who urged traders and investors to forget what they heard from Powell in Jackson Hole and instead focus on Fed assets as a single leading indicator.

The Fed is increasing its quantitative tightening cap from $45 billion to $95 billion. Meanwhile in September, the ECB is ending its quantitative easing, albeit with a program in place to limit fragmentation between borrowing rates in heavily indebted and less indebted member states.

“Will [the Fed’s cap increase] siphon money from markets at a fast pace? Its true intentions will be shown in that field, not in policy speeches,” Lagarias said on Tuesday.

“Meanwhile, investors should worry about the longer term implications of the Fed’s stance. The slowdown could become a deep recession. Inflation could turn into deflation.”

He noted that emerging markets and U.S. exporters are already suffering from the strong dollar, while consumers are “at the end of their tether,” particularly in the current circumstances in which central banks are gearing policies toward wage suppression during a cost-of-living crisis.

“The time when central bank independence is questioned may not be so far away,” Lagarias speculated.

Underestimating the impact of QT?

When the Fed dialed back its bond portfolio in 2018, it led to the infamous “taper tantrum” — a sharp sell-off in markets, which prompted the central bank to moderate the policy and slow the pace of Treasury sales.

“The central banks argue that they can afford to reduce their bond holdings because the commercial banks have plenty of reserves and do not need the central bank to hold so much of the government bond issuance,” Garry White, chief investment commentator at British investment manager Charles Stanley, said in a note ahead of Powell’s Jackson Hole speech.

“More of that could be held by the private sector at the expense of their bank deposits. It may be that the central banks underestimate the impact of substantial quantitative tightening.” 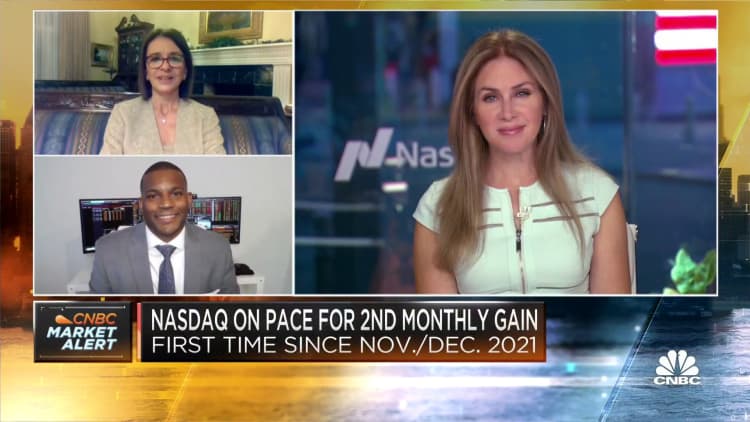 Governments will be aiming to sell substantial amounts of debt in the coming years, with fiscal policy having become unprecedentedly loose in light of the Covid-19 pandemic in early 2020.

White suggested that the end of central bank bond buying will mean governments have to pay a higher interest rate to offload their debt.

“Were the Central Banks to turn into sellers of government bonds, the difficulties would be increased,” he said.

“For the time being, the main aim of the Fed and ECB is to end all new bond buying and to allow run off of the portfolios as governments have to repay bond debt on maturity.”

Beat Wittmann, chairman and partner at Zurich-based Porta Advisors, also recently warned of the growing risk of a “major financial accident” causing a market capitulation later in the year.