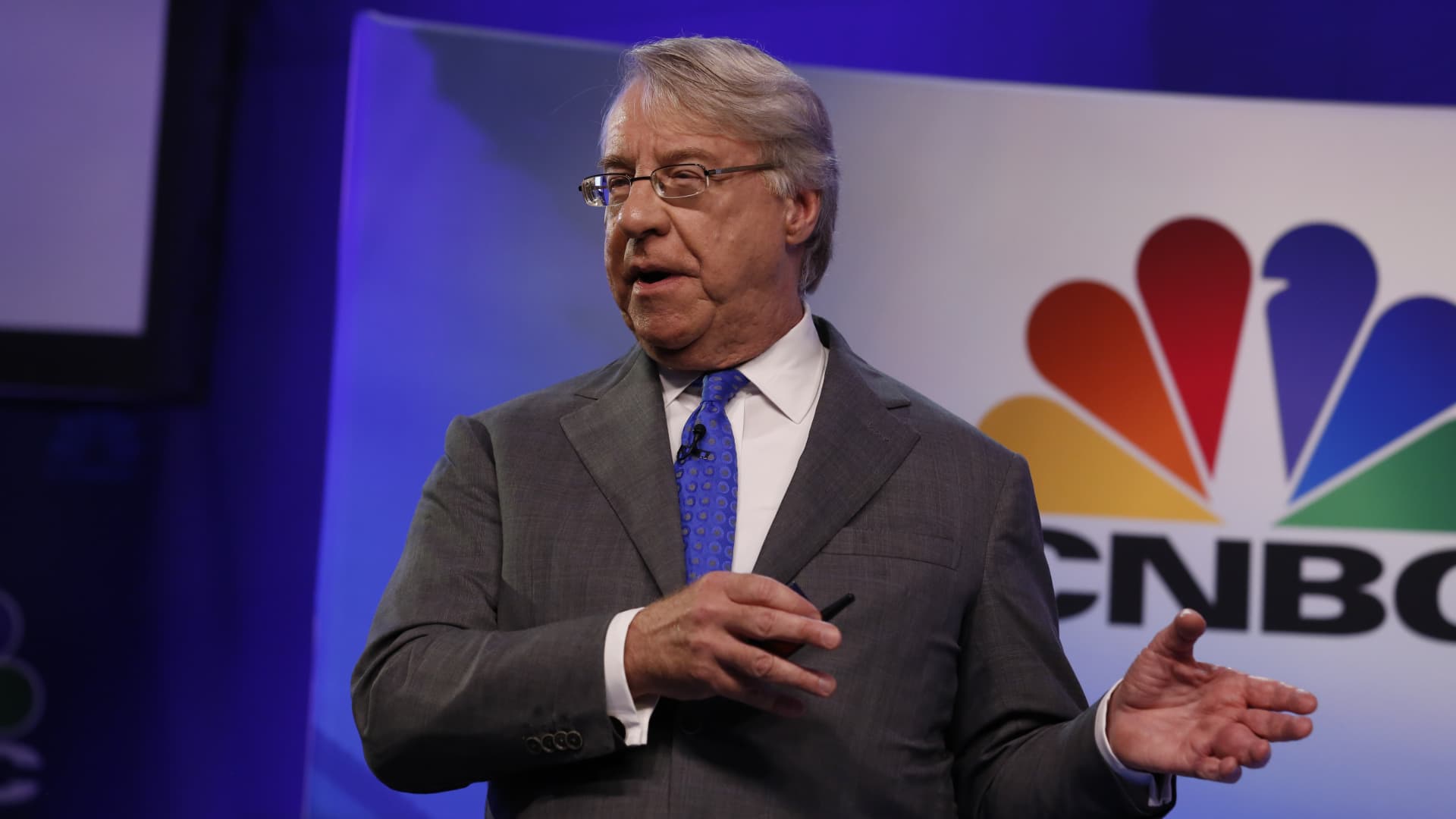 Hedge fund manager Jim Chanos has dipped his toe into the trading frenzy around AMC Entertainment with an old-fashioned arbitrage trade. Chanos said Tuesday on CNBC’s ” Halftime Report ” that he bought the new APE preferred shares and shorted the AMC common stock. “I think they should be the same price, or roughly the same price,” Chanos said. “I’m counting on them to close. I think ultimately they’ll all be the same class,” the Kynikos Associates founder said. The APE units began trading on Monday after being issued as a special dividend last week . In some ways, the dividend served as stock split, while also creating a new avenue for AMC and its CEO Adam Aron to raise more cash down the line. The APE stock symbol is inspired by the nickname the company’s retail investors use. The APE preferred shares have the same voting rights as AMC common stock. They could be converted into AMC common stock in the future, though that would require shareholder approval. As it currently stands, the APE shares would be ahead of the AMC stock for payouts in a potential bankruptcy. Despite the similarities between the two share classes (and arguably the benefits for APE), AMC trades at a healthy premium to the preferred shares. On Monday, APE closed at $6 per share while AMC closed at $10.46. “Functionally, the two securities are the same. And I’d guess the apes will be putting pressure on Mr. Aron, if the discount continues, to make it freely convertable sooner rather than later,” Chanos said. The trade looked like an early winner on Tuesday, with APE rising 19% and AMC falling more than 4%. The theater chain sold millions of common stock since the beginning of the pandemic to help shore up its finances, but eventually it ran into its shareholder-authorized limit. The new APE shares were freely distributed to the company’s investors, but it can now issue more preferred stock to raise money. Chanos, who joked that he was happy to be doing the interview from an “undisclosed location” to avoid the ire of AMC’s social media fans, said it was “a very interesting governance question” about whether it was right for Aron to try to save the business by raising so much cash from shareholders. He also criticized Aron for taking on debt to make acquisitions before the pandemic. “He’s putting out a lot of fires here, but a lot of the fires he helped set,” Chanos said.