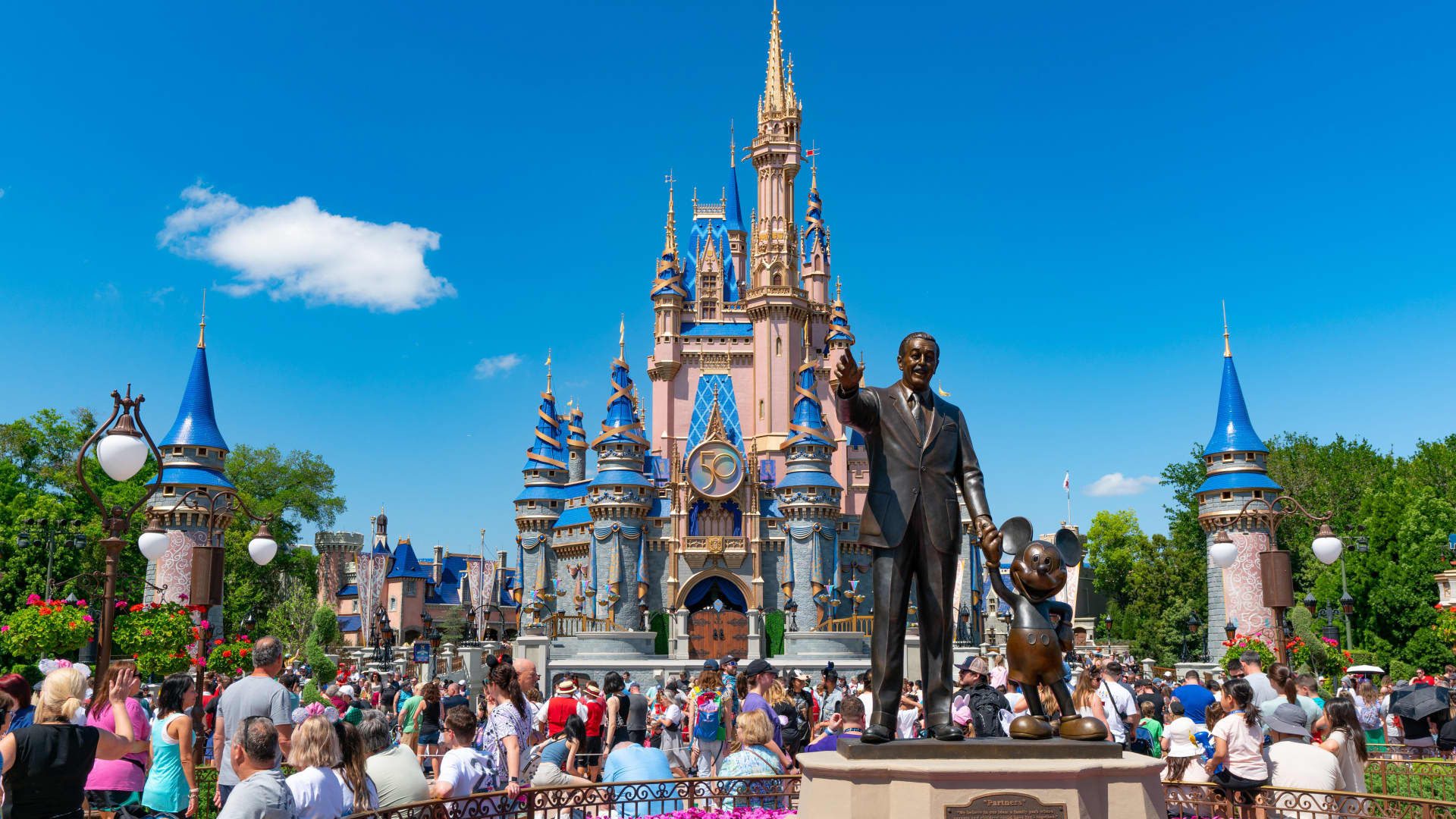 Check out the companies making headlines in midday trading Monday.

Poshmark — Shares of the secondhand fashion retailer jumped 17.46% after Barclays upgraded them to overweight from equal weight. The firm said it sees more than 40% potential upside for the stock, especially if consumers trade down in a recession.

Disney – Shares of the entertainment company gained 2.22% after Daniel Loeb’s Third Point took a new stake in the giant. In a letter to Disney CEO Bob Chapek, the activist investor said there is a strong case that sports network ESPN should be spun off. Loeb also called on Disney to accelerate integrating streamer Hulu.

Vroom – Shares of automotive sales platform Vroom shed 10.38% after JPMorgan said it’s time to sell the company, which has shed more than 80% this year so far. The firm took a bearish stance on the used car industry as well, seeing it struggling in a potential recession.

Unity, AppLovin – Unity Software fell 7.13% after the company announced that it was rejecting an unsolicited takeover offer from AppLovin. As part of the decision, Unity is continuing with its previously announced acquisition of ironSource. Shares of AppLovin dropped 7.63%.

Bed Bath & Beyond – Shares of Bed Bath and Beyond spiked 23.88% amid a continued meme stock trading frenzy that’s lifted shares of the retailer. So far in August, the stock is up nearly 180%.

Embecta — The diabetes-management company’s stock rallied 16.53% on the back of better-than-expected quarterly results. Embecta posted a profit of $1.07 per share, beating a StreetAccount estimate of 87 cents per share. The company’s revenue of $291 million also topped a forecast of $276.9 million.

Moderna – Shares of the biopharmaceutical company rose 3.2% after news Monday that the U.K. approved Moderna’s updated Covid-19 vaccine. The dual vaccine, which targets both the original virus and newer omicron variant, is expected to be available to adults as a booster in the fall.

Illumina – Illumina surged 8.77%, rebounding after it slipped last week when it reported earnings that missed Wall Street’s expectations. The company reported quarterly results that missed on both profit and revenue and issued an outlook that disappointed analysts.

Seagen – Seagen slipped nearly 1% after the company announced an arbitrator had ruled in favor of Daiichi Sankyo, a Japanese pharmaceutical company, in an argument over drug technology.