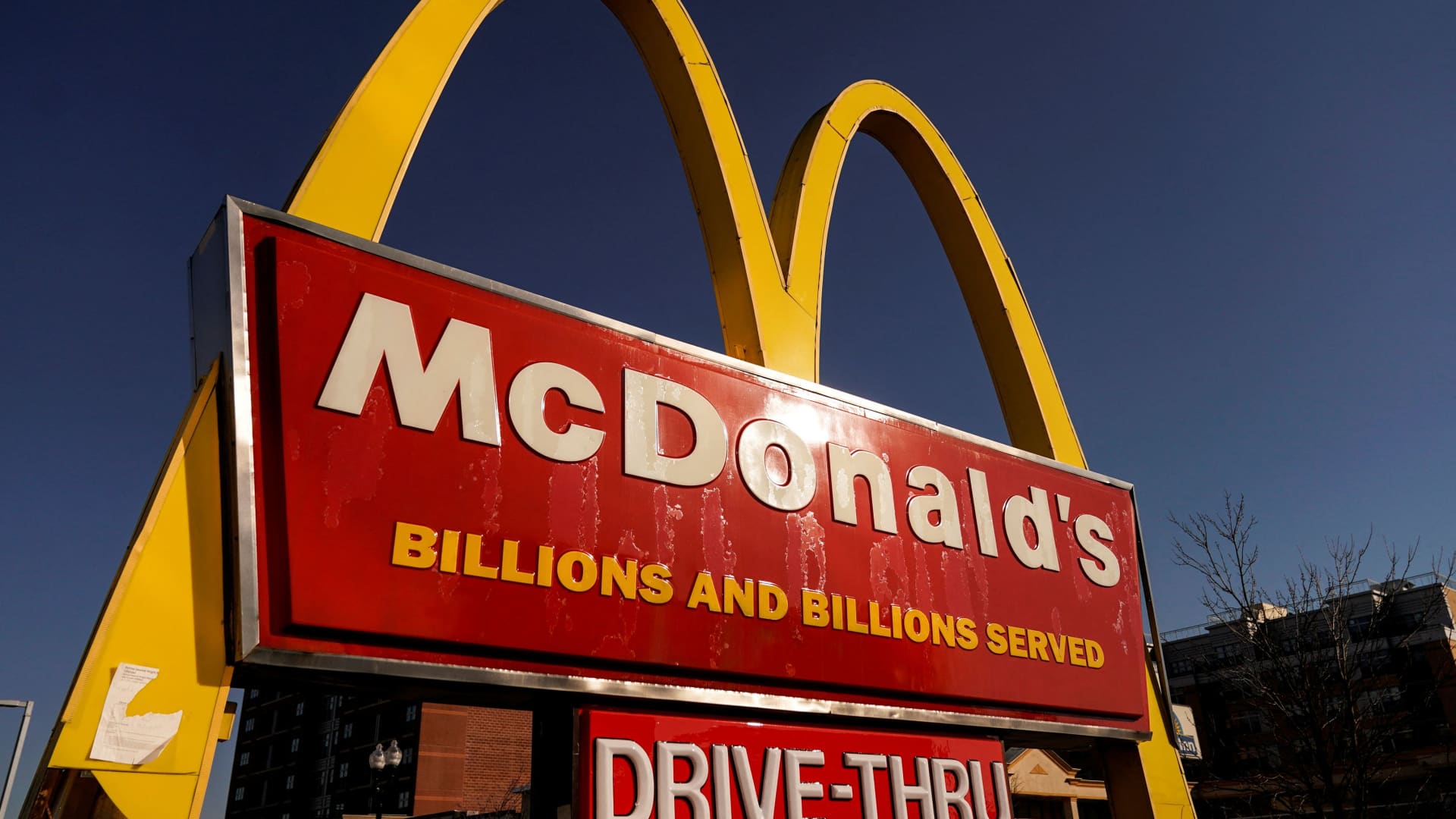 As inflation hits consumer spending, several stocks will not only weather the storm, but are poised to move higher, according to Barclays. The consumer-related names were chosen based on Barclays’ view that spending growth, once the key driver of economic expansion during Covid, is now fading to be ordinary, or worse. The firm also believes that high global inflation will take a while to come down and food inflation, specifically, may be stickier than other inflation trends. What’s more, tightened financial conditions may be impacting the housing sector harder than expected, Barclays said. Home prices are still higher than a year ago, but gains slowed at the fast pace on record in June, according to mortgage software, data and analytics firm Black Knight. Barclays’ note on Tuesday comes after retail sales moved 1% higher in June. However, the figures are not adjusted for inflation. “While June retail sales may make consumers appear more resilient than prior estimates suggested, strength came mainly from gasoline, non-store retailers, and auto sales, which our economists believe could likely translate to considerable deceleration after accounting for inflation,” analysts led by Terence Malone wrote. In addition, Barclays’ high-frequency credit-card data show a deceleration in spending in June from both high-income and low-income consumers. “Households are finally reacting to high prices and tighter financial conditions,” the analysts said. Stock picks When putting this list together, Malone’s team asked the bank’s company analysts which stocks they would own during this period of decreasing consumer spending. The stocks selected are all rated overweight by Barclays analysts. Here are five names that made the cut. Expedia: $157 price target Barclays analysts see upside in Expedia thanks to the internet travel company’s alternative accommodations platform, VRBO, as well as its $750 million fixed-cost reduction during Covid, which analysts believe will likely help expand its margin. Barclays has a price target of $157 per share on the stock, implying upside of 52.7% from Monday’s close. McDonald’s: $285 price target Barclays likes the fast-food chain’s unique liquidity, size and scale within the industry, as well as its strong fundamental growth in comparable store sales, relatively modest balance sheet leverage and its real estate ownership. McDonald’s shares can rally 7.8% from Monday’s close, based on Barclays’ price target. Ross Stores: $85 price target The discount department store is among the retailers Barclays believes possess strong brands or sell strong brands, or are in a secular growing segment of retail, such as off-price. Based on the bank’s price target, Ross Stores shares have 3.2% upside from Monday’s close. PepsiCo: $183 price target Barclays said beverage companies such as PepsiCo “still enjoy rational pricing backdrops,” which could support their stocks. The bank sees 3.4% upside for the beverages and snacks giant, based on Monday’s closing price and Barclays’ price target. Take-Two Interactive Software: $171 price target Barclays called this tech stock’s valuation “too cheap to ignore” and noted that the video game sector is relatively well positioned given the high value per dollar it provides. Based on Barclays’ price target, Take-Two Interactive could surge 34% from here. —CNBC’s Michael Bloom contributed to this report.