June home sales fall 5.4% from May, as prices set yet another record 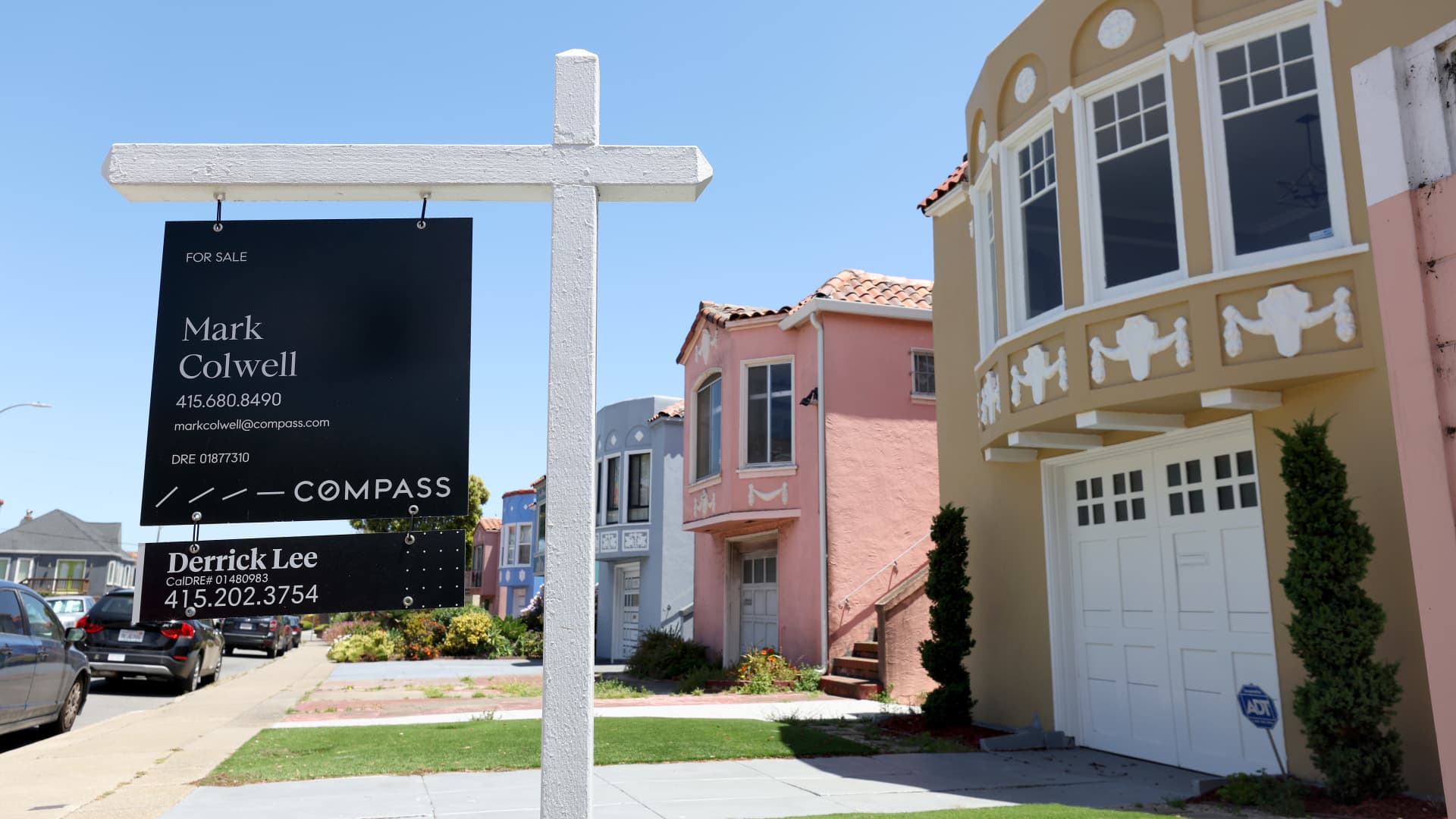 A sign is posted in front of a home for sale on July 14, 2022 in San Francisco, California.

Sales of previously owned homes in June fell 5.4% from May, according to a monthly report from the National Association of Realtors, as prices set records and rates surged.

This is the slowest sales pace since the same month in 2020, when sales dropped very briefly at the start of the pandemic. Outside of that, it is the slowest pace since January 2019, and below the annual 2019 total, pre-pandemic.

These numbers are based on home closings, so the contracts were likely signed in April and May, before the average rate on the 30-year fixed mortgage shot above 6% and as inflation was surging toward rates not seen since the early 1980s.

“It is clearly due to the plunging affordability,” said Lawrence Yun, chief economist for the Realtors. “We have never seen mortgage rates shoot up this fast at this magnitude. Even people who want to buy, they are priced out.”

There were 1.26 million homes for sales at the end of June. That is an increase of 2.4% from the previous June, and the first year-over-year gain in three years. At the current sales pace, inventory now stands at a three-month supply. That is still considered low, but improving. Supply is increasing both because more sellers are trying to take advantage of perhaps the last of the red-hot, pandemic-induced housing boom, and because homes are now sitting on the market longer.

The still-tight supply, however, is keeping the heat under home prices. The median price of an existing home sold in June set yet another record at $416,000, an increase of 13.4% year over year.

While sales are falling, the market is still incredibly fast. The average time a home spent on the market was 14 days, a record low.

“This is a head-scratching number, given slower sales,” said Yun. “People are trying to take advantage of their interest rate lock. That may explain why the days on the market are so swift.”

Sales will likely fall more sharply in the coming months, as more recent indicators point to much weaker buyer demand. Mortgage applications fell to a 22-year low last week, with demand from homebuyers down 19% from the same week one year ago, according to the Mortgage Bankers Association.

“Based on trends at this stage in the housing and business cycle, I expect affordability to be the bigger driver than availability moving forward,” said Danielle Hale, chief economist with Realtor.com. “Already, we see that affordable areas in the Northeast and Midwest top the Realtor.com June hottest housing markets, as home shoppers continue to leverage workplace flexibility in looking for ways to reduce their housing costs.”