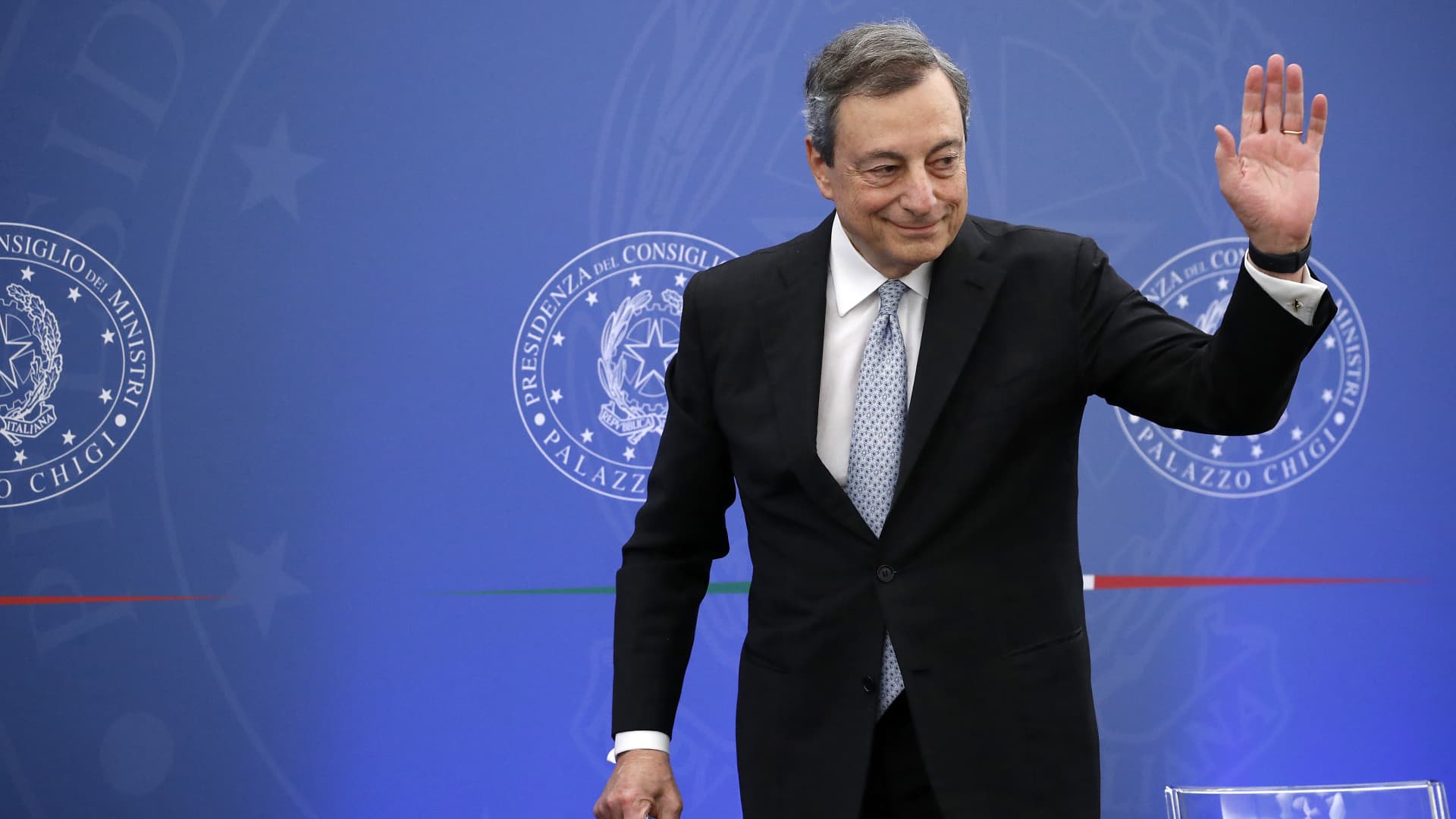 Speaking to Parliament, Draghi said he was going to meet with President Sergio Mattarella and inform him of his intentions after failing to unite his fragile coalition government. Mattarella has reportedly asked him to remain in place in the interim with a caretaker government.

“Thank you for all the work we have done together over this period. After the vote took place last night by the senate of the Republic, I ask to suspend this session because I am on my way to the President of the Republic to communicate my intentions,” Draghi told lawmakers early Thursday.

It comes after Draghi was snubbed by coalition partners in a vote of confidence in the Senate Wednesday, effectively meaning the government had collapsed.

Despite managing to win the vote, the left-leaning Five Star Movement, one of the parties in the coalition government, said it wouldn’t take part. The ruling Lega party and the Forza Italia party also said they wouldn’t take part.

It paves the way for difficult and uncertain snap elections, which could take place in September or October.

Last week, Mattarella rejected Draghi’s first resignation and asked him to lead more negotiations with lawmakers in the hope of avoiding snap elections.

That came after the Five Star Movement opposed a new decree aimed at lowering inflation and battling rising energy costs. Italy’s lawmakers held a confidence vote on the wide-ranging policy package, but Five Star boycotted the move, angering both Draghi and the right-wing parties in the coalition.

Draghi, the former European Central Bank chief, was then asked by Mattarella to go back to the upper house of Parliament and hold a vote of confidence in the government itself Wednesday, meaning Italian politics has been in a state of limbo for the last week.

Italian bond yields rose Thursday on the expectation that Draghi will resign. The yield on the 10-year government bond rose to 3.6350% at around 10 a.m. local time; it was around 1% at the start of the year.

There are a number of reasons why investors are concerned about Italy. First and foremost, opinion polls point to a fragmented parliament, meaning that new elections could result in tough coalition negotiations.

At the same time, Italy has one of the highest debt piles in Europe, is facing record inflation and its growth prospects are limited. This macroeconomic context becomes particularly challenging as the European Central Bank prepares to lift interest rates, which could hamper the economic performance of Italy going forward.

“Judging by some long-run fundamentals, Italy is slowly turning into an accident waiting to happen,” Holger Schmieding, chief economist at Berenberg, said in a note Thursday.

“For the time being, we have to brace ourselves for disruptive bouts of noise but not a genuine euro crisis 2.0, in our view,” he added.

Technocrat leader Draghi had brought political stability to Italy for the last 15 months, which has been crucial in receiving pandemic recovery funds amounting to almost 200 billion euros ($205 billion).

His leadership had also been important within the context of Russia’s invasion of Ukraine, with Draghi playing a role in EU sanctions and supporting Italian households dealing with higher consumer prices.