Roche to get new CEO in 2023; H1 sales get boost from diagnostics, outlook confirmed 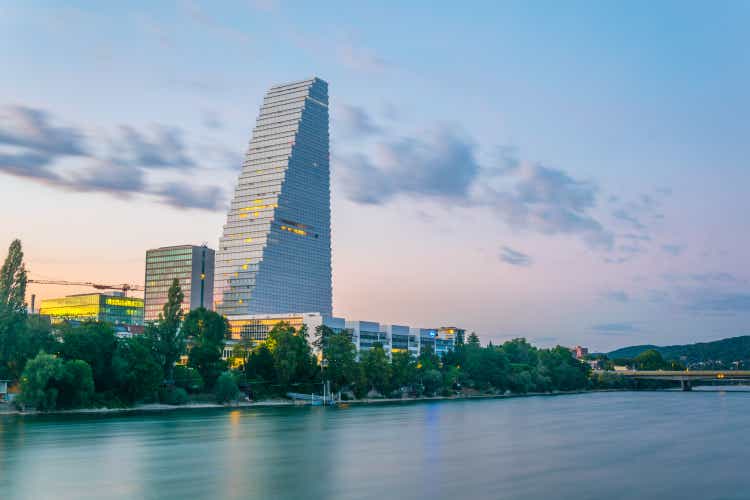 The Swiss company’s board intends to propose Schwan as new Chairman at the AGM in March 2023, as Christoph Franz has decided not to seek re-election to the board.

Roche’s H1 performance saw a boost from its diagnostics business and new medicines sales, and the company confirmed its FY22 outlook noting that it expects to further increase its dividend in Swiss francs.

H1 Core EPS grew 11% Y/Y (at constant exchange rates, or CER) to CHF11.76. The company said this includes positive effects of a patent dispute in Japan and the buyback of Roche shares from Novartis.

The Swiss pharma giant however, noted that in H2 core EPS is expected to be impacted by the decline of COVID-19 sales and a base effect from the resolution of several tax disputes that were recognized H2 2021 and will not recur in 2022.

“We achieved good results in the first half of the year, thanks to the continued strong demand for our diagnostics base business and our new medicines to treat haemophilia, cancer and neurological disorders. Thanks to the ongoing renewal of our portfolio, we continue to grow despite biosimilars, whose impact declined further as expected,” said Roche CEO Severin Schwan.

The company added that as expected the impact of competition from biosimilars for its established cancer medicines Avastin, Herceptin and MabThera/Rituxan slowed down further (combined CHF1B of sales reduction).

Roche (OTCQX:RHHBY) (OTCQX:RHHBF) added that and sales losses due to biosimilars in the current year to be roughly CHF2.5B.

The company expects the demand for COVID tests to likely decrease in Q3 2022.

Roche added that it expects sales of COVID-19 medicines and diagnostics to decrease by about CHF2B to around CHF5B.

Meanwhile, Core EPS is expected to grow in the low- to mid-single digit range (at CER), including the accretive effect of the 2021 share repurchase.