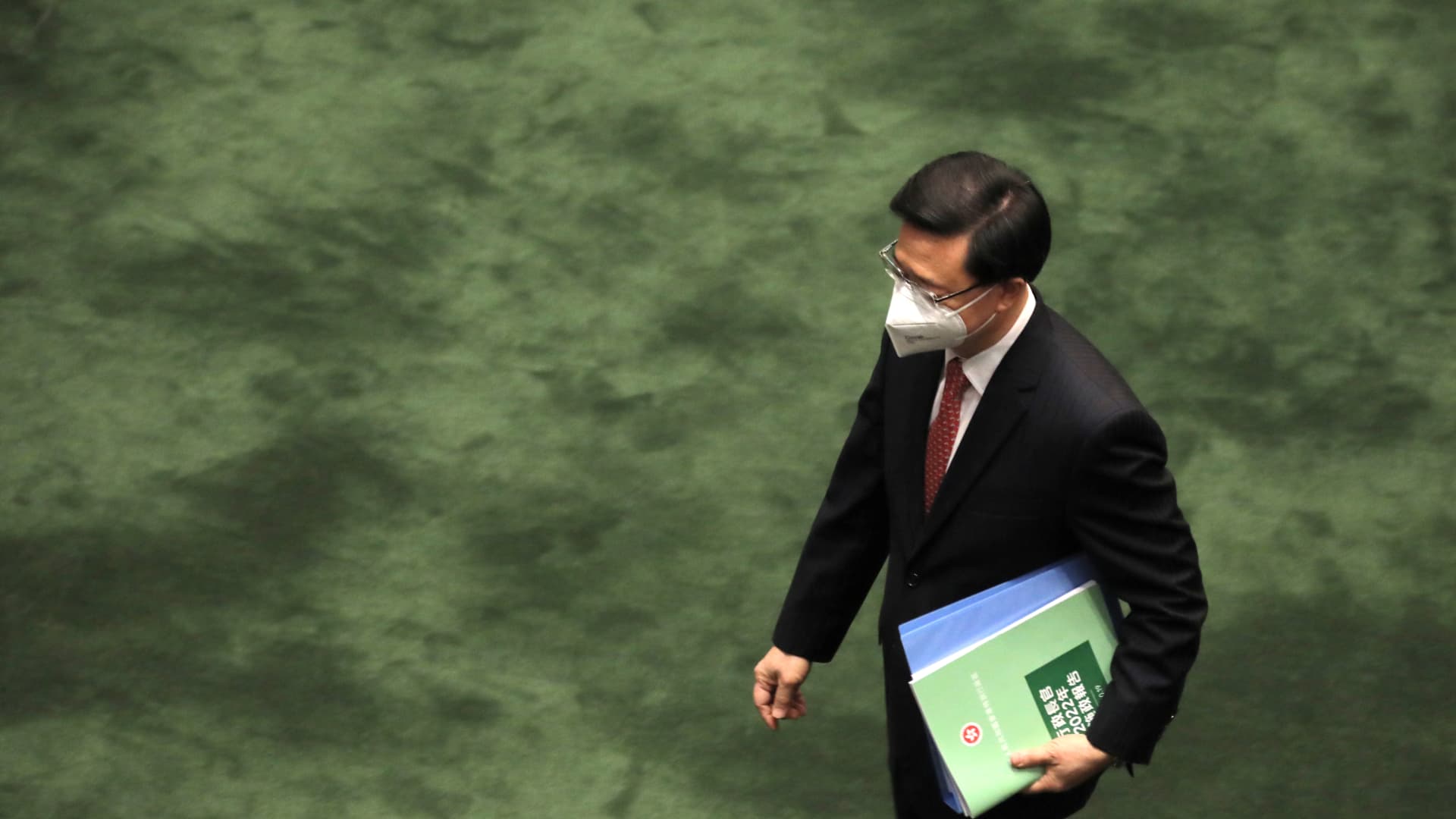 In his first policy address since he took office in July, Lee said the government would set aside billions to attract businesses to the city, and launch a so-called top talent pass scheme to “entice talents to pursue their careers in Hong Kong.”

Hong Kong has lost thousands of residents since the pandemic started, worsening a “brain drain” from the international financial hub.

“Over the past two years, the local workforce shrank by about 140,000. Apart from actively nurturing and retaining local talents, the government will proactively trawl the world for talents,” according to an official transcript of his speech.

People who earn an annual salary of around $318,000 or more, and graduates from the world’s top 100 universities who have three years of work experience over the past five years, will be eligible for a two-year pass “for exploring opportunities in Hong Kong.”

Foreigners who enter Hong Kong under talent attraction schemes, buy a residential property and become permanent residents will be able to apply for a refund of buyer’s stamp duty and new residential stamp duty for their first property, Lee said.

“The arrangement applies to any sale and purchase agreement entered from today (19 October 2022) and thereafter,” he added.

Hong Kong’s housing prices have seen quarterly declines since the third quarter of last year, according to the Rating and Valuation Department.

The Hang Seng index in Hong Kong advanced slightly in early trade before giving up those gains. Ahead of the speech, it was down more than 0.8%. It fell more than 1% during the speech.

Lee, a Beijing loyalist, was the only candidate in the election in May to replace his predecessor Carrie Lam. Around 1,500 members of a largely pro-Beijing election committee voted, and Lee won 1,416 votes to become Hong Kong’s top leader.

Hong Kong was a British colony before it was handed to China in 1997 to be governed under a “one country, two systems” framework. Hong Kong was promised autonomy for 50 years and has freedoms that other Chinese cities do not have, including limited election rights.

This is breaking news. Please check back for updates.