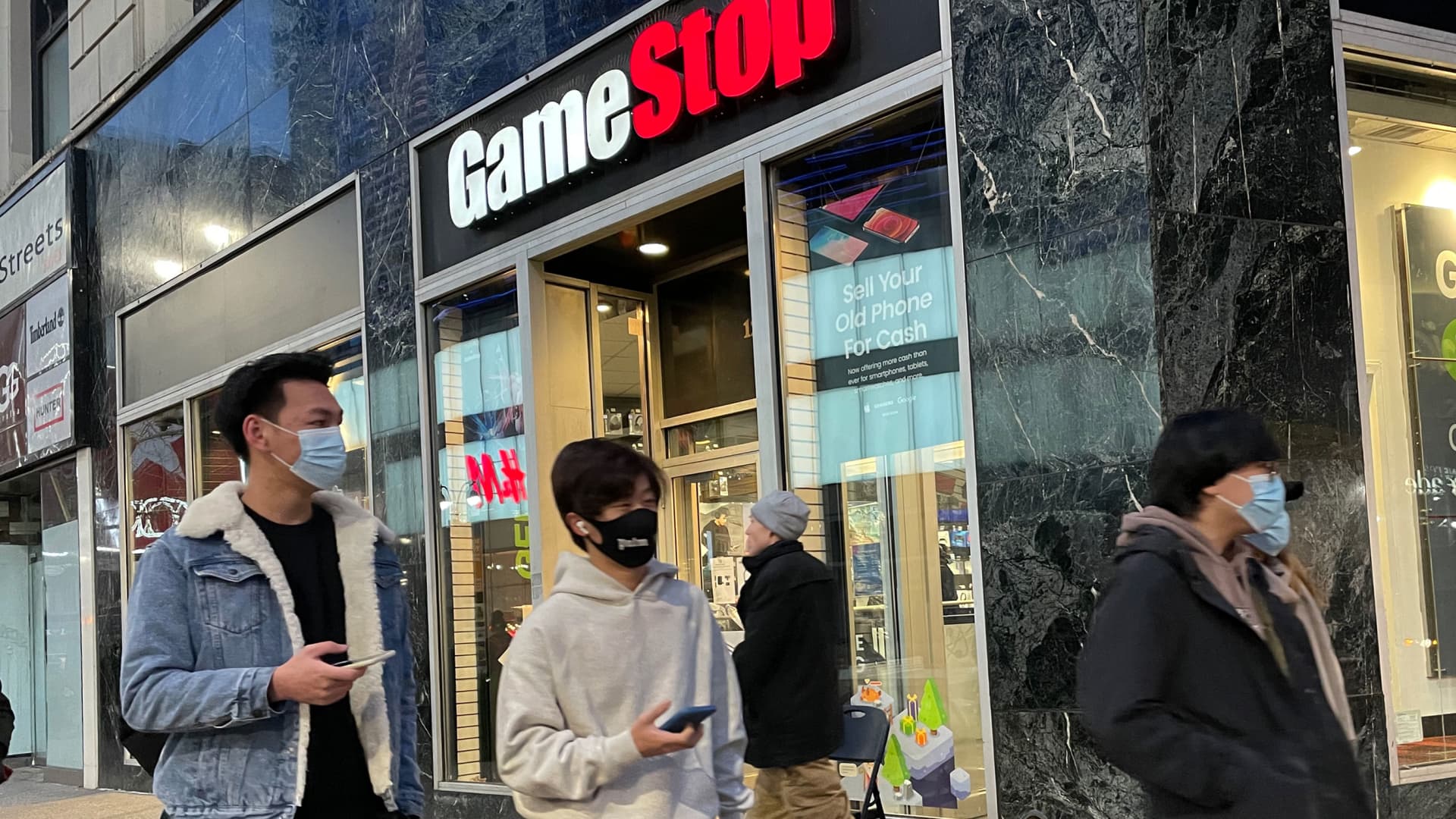 Pedestrians pass in front of a GameStop retail store in New York, December 23, 2021.

Check out the companies making headlines in midday trading Thursday.

GameStop – Shares of video game retailer rose more than 7% after the company disclosed a new partnership with cryptocurrency exchange FTX in its quarterly update. GameStop plans to collaborate with FTX on e-commerce and online marketing initiatives. The increase in the stock price came even as GameStop reported a sales decline and widened losses for the most-recent quarter.

Rivian Automotive — Rivian shares popped nearly 11% after the electric-vehicle startup and Mercedes announced they were planning a joint venture to build electric commercial vans for both brands in Europe. Production for the vehicles will be done on a shared assembly line to reduce costs and will begin in a few years.

Asana – Asana shares surged 24% after the work management-focused software company beat analysts’ earnings and revenue estimates for the previous quarter. Asana posted a smaller-than-expected loss of 34 cents per share. Revenue came in at $134.9 million, compared to estimates of $127.2 million, according to Refinitiv. The company’s third-quarter revenue guidance was slightly ahead of estimates.

Regeneron — Regeneron’s stock rallied 18.9% after the pharmaceutical stock posted positive results from a trial for a potential eye drug.

Snap — Shares of the social media company jumped more than 9% after the Verge reported that CEO Evan Spiegel broke down a turnaround plan in an internal memo. Spiegel said the company aims to grow Snapchat’s user base by 30% to 450 million by the end of next year. He also said he expects to increase revenue to $6 billion in 2023. Snap recently laid off 20% of its workforce.

Moderna — Moderna jumped 4.7% after Deutsche Bank upgraded the stock to buy, saying that a strong showing in the biotech company’s most recent quarter points to a buying opportunity.

Dave & Buster’s — Shares dove 14% after earnings per share missed the Street’s second-quarter estimates. Revenue slightly beat expectations, however, and the company said its business has seen improvement in the early stages of the third quarter.