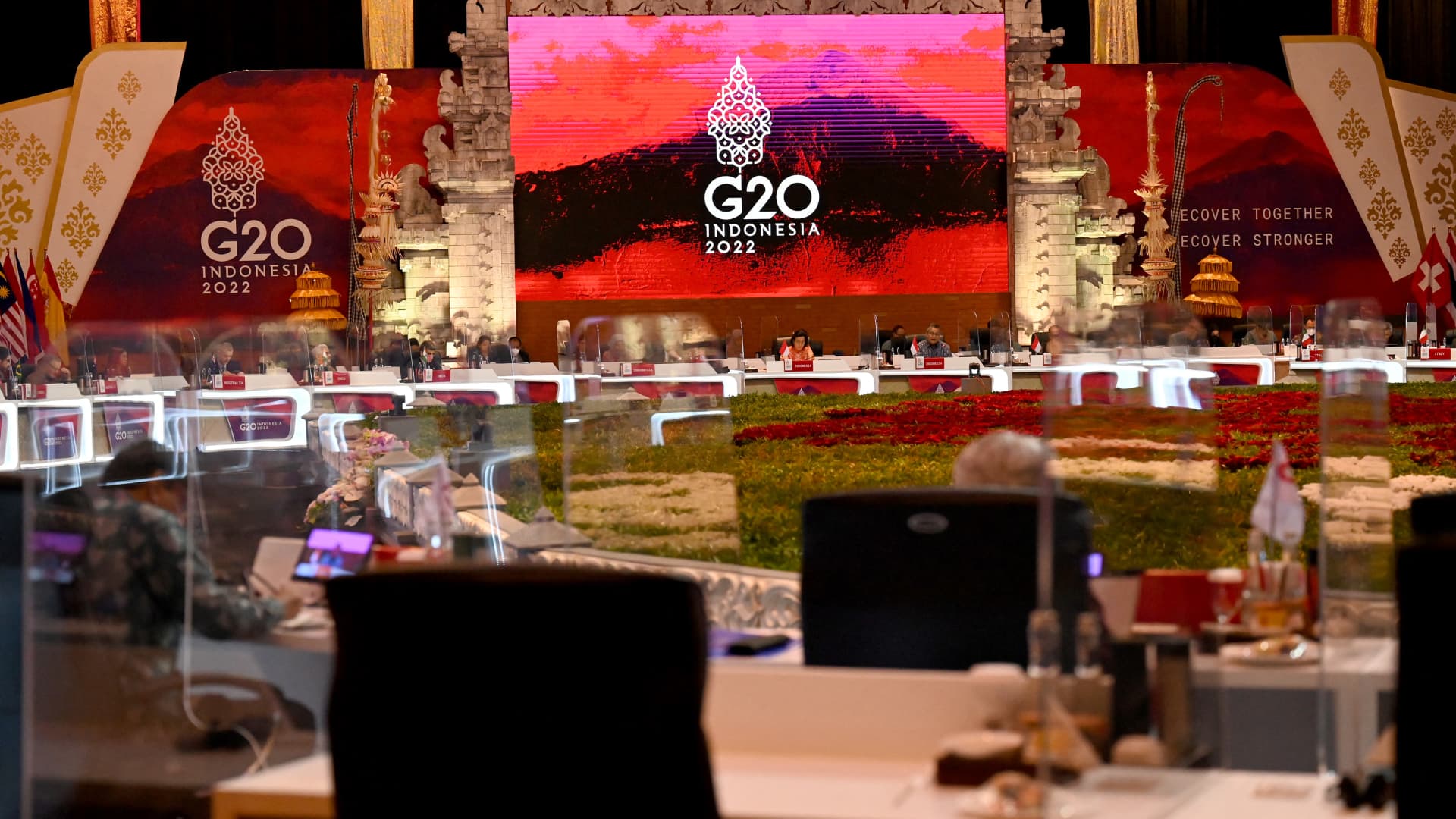 Indonesia on Saturday urged G20 finance leaders to stay focused on their goals for global economic recovery, but sources said the meeting in Bali would likely end without a formal communique as Russia’s war in Ukraine continues to divide the group.

Indonesian Finance Minister Sri Mulyani Indrawati, who is hosting the two-day event, is expected to issue a chair’s statement summarizing the events of the meeting instead, two sources familiar with the matter said.

“We do not expect a communique,” one source said.

Ukraine finance minister Serhiy Marchenko, who addressed the meeting virtually, called for “more severe targeted sanctions” against Russia for its invasion of Ukraine. What the Kremlin calls a “special military operation” has overshadowed recent G20 meetings, including last week’s gathering of foreign ministers.

“It is important that we remain focused on what we have planned to achieve this year, as this will also send a positive message to the global community on the G20’s role and efforts to support global recovery,” Indonesian central bank governor Perry Warjiyo said when he opened the second day of meetings.

Western countries have enforced strict sanctions on Russia and accused it of war crimes in Ukraine that Moscow has denied. Other G20 nations, including China, India and South Africa, have been more muted in their response.

“We are in a rudderless moment in the world economy with the G20 paralyzed by Putin’s war and the G7 unable to lead on global public goods,” said Kevin Gallagher, who heads the Global Development Policy Centre at Boston University.

Sri Mulyani had hoped delegates at this week’s meeting could jointly address rising commodity prices, an escalating food-security crisis and the spillover effects on the ability of low-income countries to repay debt.

G20 members appeared pulled together at the start of the pandemic, but initiatives to cushion the shock for heavily indebted poor countries failed to produce significant results.

U.S. Ambassador to Japan Rahm Emanuel told reporters this week that the lack of transparency in China’s loans to developing countries was a “major focus of coordination” between the United States and Japan, which are both participating in a G7 infrastructure push to counter China’s Belt and Road Initiative.

“There’s a pattern. Wherever the footprint of China is, you get countries that are financially and economically not only dependent, but in a deathtrap,” he said.

Western countries were pressuring China to restructure those debt contracts and transform its role to “one that contributing to the country rather than to one of indebtedness and servitude,” he added.

The G20 on Saturday will discuss post-pandemic financial stability, crypto-assets and climate-related financial risks, among other topics.