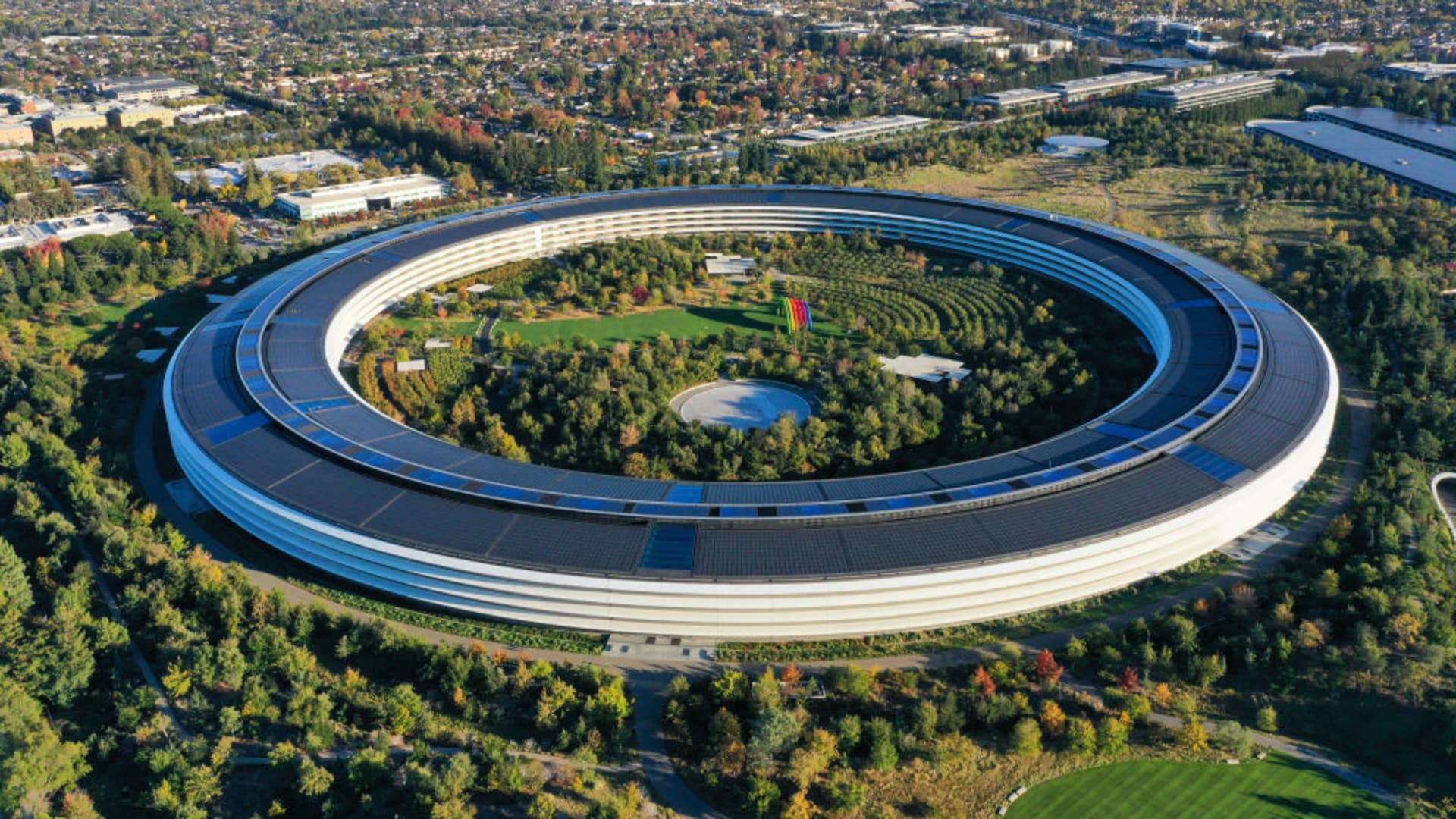 An aerial view of Apple Park is seen in Cupertino, California, United States on October 28, 2021.

Zhang’s plea agreement with the U.S. government is under seal, according to court filings on Monday. Zhang faces as much as 10 years in prison and a $250,000 fine after pleading guilty to a felony charge of theft of trade secrets. Sentencing is scheduled for November.

Zhang was accused of downloading internal Apple files about the company’s car project — specifically, a 25-page document including engineering schematics of a circuit board for an autonomous vehicle. Zhang was also accused of taking reference manuals and PDFs describing Apple’s prototypes and prototype requirements.

Zhang was arrested by federal agents in July 2018 at the San Jose airport where he planned to fly to China. He had previously worked for Apple since 2015, most recently as a hardware engineer on Apple’s autonomous vehicle team, according to charging documents from the FBI and U.S. attorney’s office.

The charges gave a peek into a secretive side of Apple that the company even years later still doesn’t often acknowledge: its division developing autonomous electric vehicles.

In the 2018 charging documents, an FBI agent said that that company had about 5,000 “disclosed” employees, meaning that they knew about the project, and 2,700 “core employees” with access to project materials and databases.

Apple uses internal software to track which employees are disclosed on which projects, and are required to attend in-person secrecy training, according to the complaint. Zhang worked on the autonomous car project’s Compute Team, which designed and tested circuit boards for sensors.

Schematics for circuit designs are considered among the most valuable trade secrets in the electronics industry.

Apple first suspected Zhang of stealing trade secrets after he took paternity leave and traveled to China. When he came back to the company, he turned in his resignation, saying that he wanted to move back to China and take care of his mother, according to the 2018 complaint.

He told Apple that he planned to work for Xmotors, a leading Chinese electric vehicle company, and his access to Apple’s network was cut.

An Apple investigation found that Zhang downloaded documents and information from company databases, according to the complaint. Apple closed-circuit cameras even captured Zhang entering the labs and removing hardware, which later was identified as circuit boards and a Linux server, the complaint said.

Another former Apple employee, Jizong Chen, is also facing charges related to allegedly stealing trade secrets from Apple’s electric car division in early 2019. In that case, Chen, a U.S. citizen, also planned to travel to China. Chen has not pleaded guilty and is represented by the same lawyer as Zhang. A trial date has not been set.