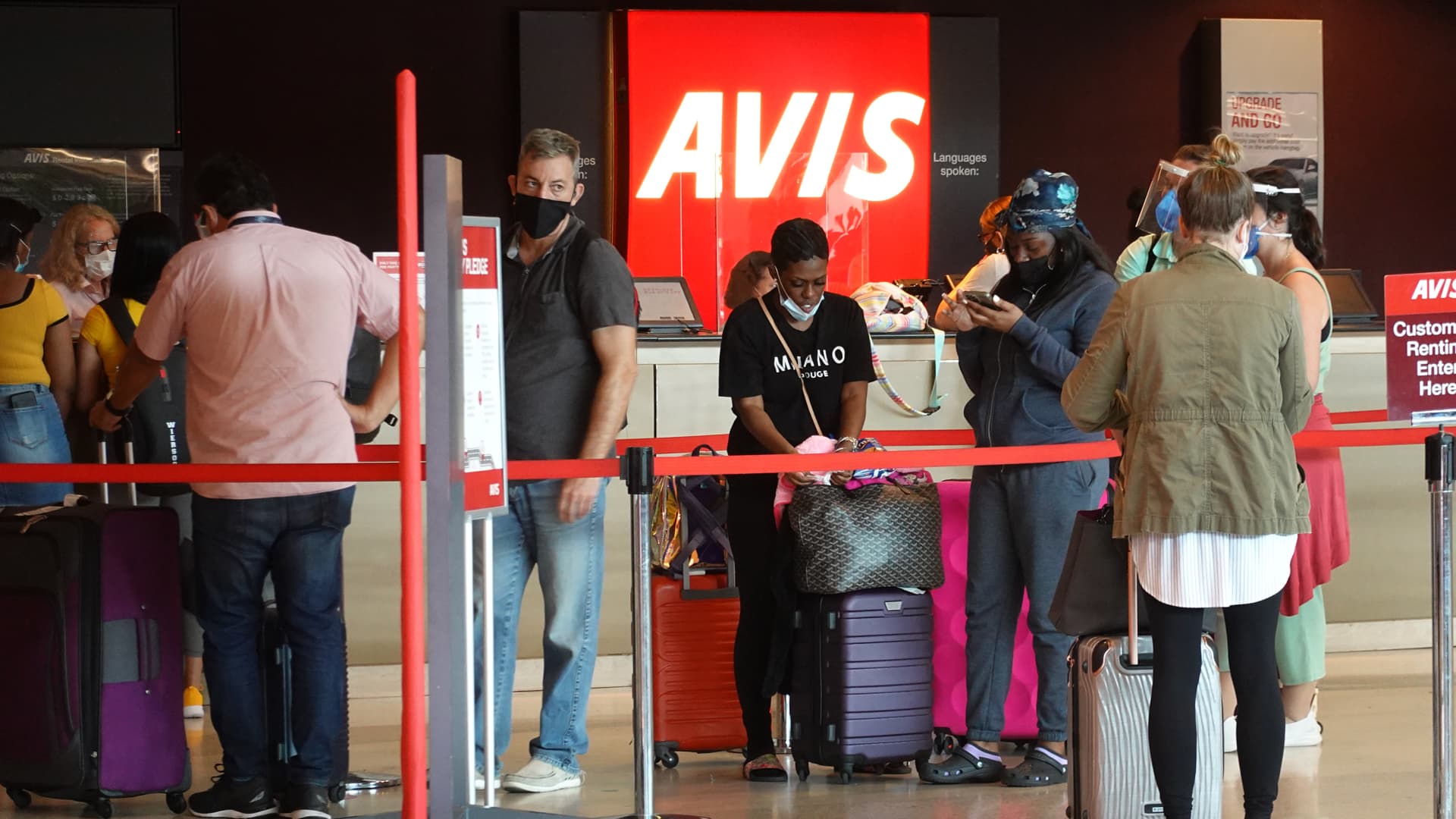 Check out the companies making the biggest moves midday:

Tesla — Shares of the electric vehicle company fell 3.2% after Tesla cut the starting prices for some of its vehicles in China. The price decreases apply to Model 3 and Model Y cars. CEO Elon Musk said last week that he saw signs of a recession in China.

WeWork — Shares of WeWork rallied 4.3% after Cantor Fitzgerald initiated coverage of the stock with an overweight rating. Cantor said that the office-sharing company’s cost and optimization of its real estate portfolio cut $2.7 billion in expenses.

Las Vegas Sands, Wynn Resorts – Shares of the casino operators are down 13% and 5.7%, respectively. They both have exposure to China, which saw its market plummet amid the aforementioned political reshuffling.

Starbucks — Starbucks’ shares dropped more than 5% in midday trading. The company also has exposure to China, opening its 6,000th store in the country last month.

Avis Budget Group — Shares of the rental car company jumped more than 12% after being upgraded by JPMorgan to overweight from neutral. Analysts believe car rental prices will remain elevated longer than investors believe.

Myovant Sciences — The biopharmaceutical company’s stock leapt 8.7% after it agreed to be bought by a subsidiary of majority shareholder Sumitomo Pharma. The purchase price of $27 a share is an improvement from Sumitomo’s earlier offer of $22.75 a share.

Williams-Sonoma — Shares of home goods retailer Williams-Sonoma shed 3.1% Monday after it was downgraded to underperform from hold at Jefferies. Analysts cited a more demanding economic environment as the reason for the downgrade.

AT&T — The telecom stock added 2.3% after Raymond James upgraded the stock to a strong buy from an outperform rating, saying that AT&T shares could surge 40% and that a return to its core business has benefited the stock.

Aaron’s — Shares dropped 10.3% after Bank of America downgraded the rent-to-own furniture stock to underperform from neutral, saying the worsening “financial health of the subprime consumer” raises concerns on the rental company.