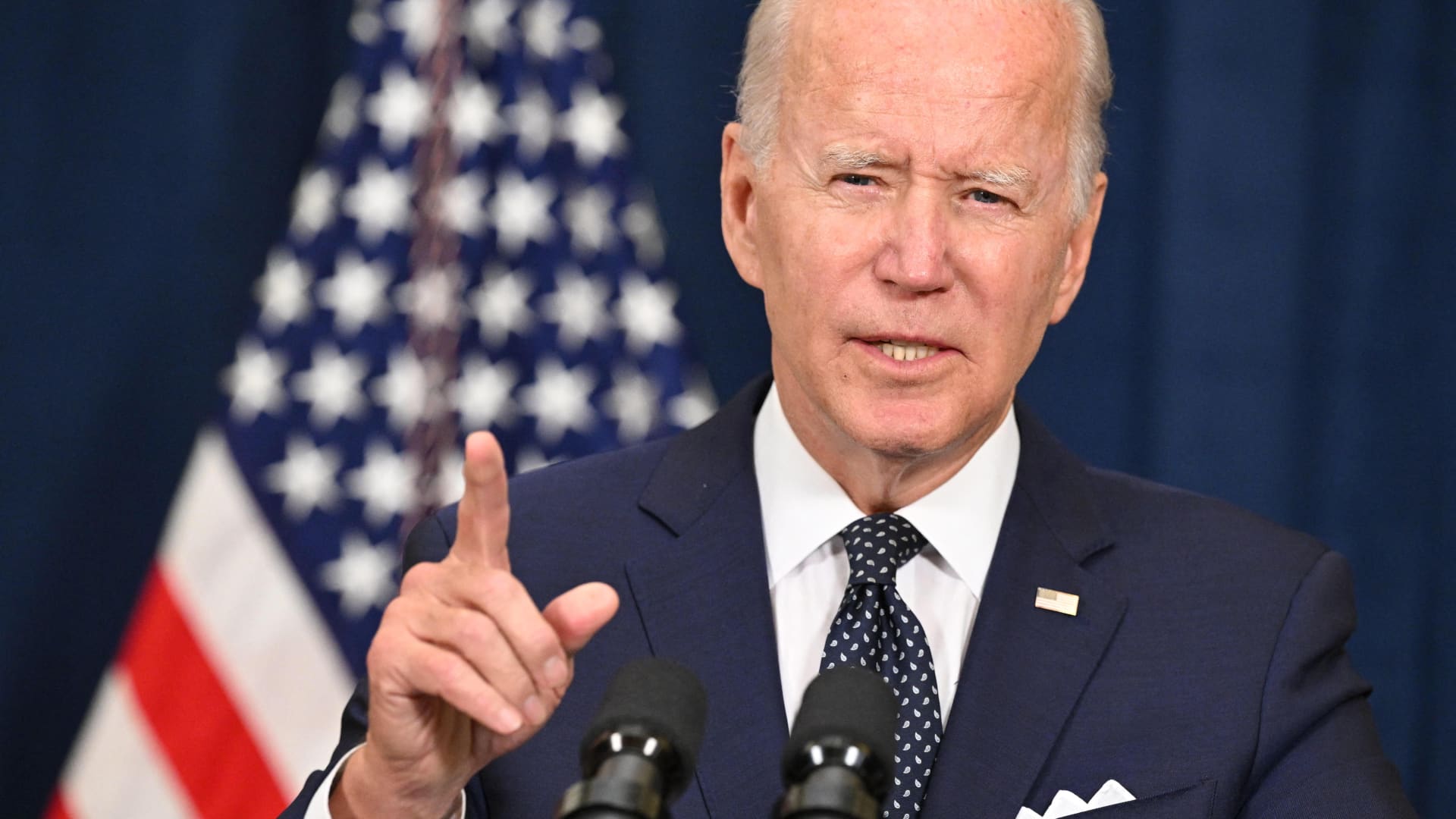 “He carved a trail of murder and violence against American citizens, American servicemembers, American diplomats and American interests,” Biden said of the pre-dawn precision strike that killed al-Zawahiri.

“We made it clear again tonight that no matter how long it takes, no matter where you hide if you are a threat to our people the United States will find you and take you out,” Biden added.

A senior Biden administration official, who spoke on the condition of anonymity in order to share details of the strike, said U.S. intelligence analysts identified al-Zawahiri’s location earlier this year.

The official said the U.S. watched al-Zawahiri’s movements for months and determined that he was living in a safe house in Kabul with his family.

“We identified al-Zawahiri on multiple occasions for sustained periods of time on the balcony where he was ultimately struck,” the official said.

“Al-Zawahiri’s family members were present in other parts of the safe house at the time of the strike and were purposely not targeted and were unarmed. We have no indication that civilians were harmed in this strike,” the official added.

The official said Biden received his final intelligence briefing on the matter on July 25 before approving the strike which involved an unmanned aerial vehicle and two Hellfire missiles.

Al-Zawahiri, 71, a physician and founder of the Egyptian Islamic Jihad before ascending to the top ranks in the al-Qaeda network, was one of the architects behind the devastating Sept. 11 terrorist attacks on the World Trade Center and the Pentagon.

In the weeks that followed the Sept. 11 attacks, the Taliban provided sanctuary to al-Qaeda while America mobilized for what would become its longest war.

Al-Zawahiri succeeded Osama bin Laden as the head of al-Qaeda in 2011.

Al-Zawahiri was previously indicted by the U.S. government for his alleged role in the 1998 bombings of the U.S. Embassies in Dar es Salaam, Tanzania, and Nairobi, Kenya.

The State Department had previously offered a reward of up to $25 million for information leading to his apprehension.

Sunday’s drone strike is the first known CIA counterterrorism operation since Kabul fell to the Taliban last year. The senior administration official said that the U.S. did not coordinate the strike or give notice to the Taliban.