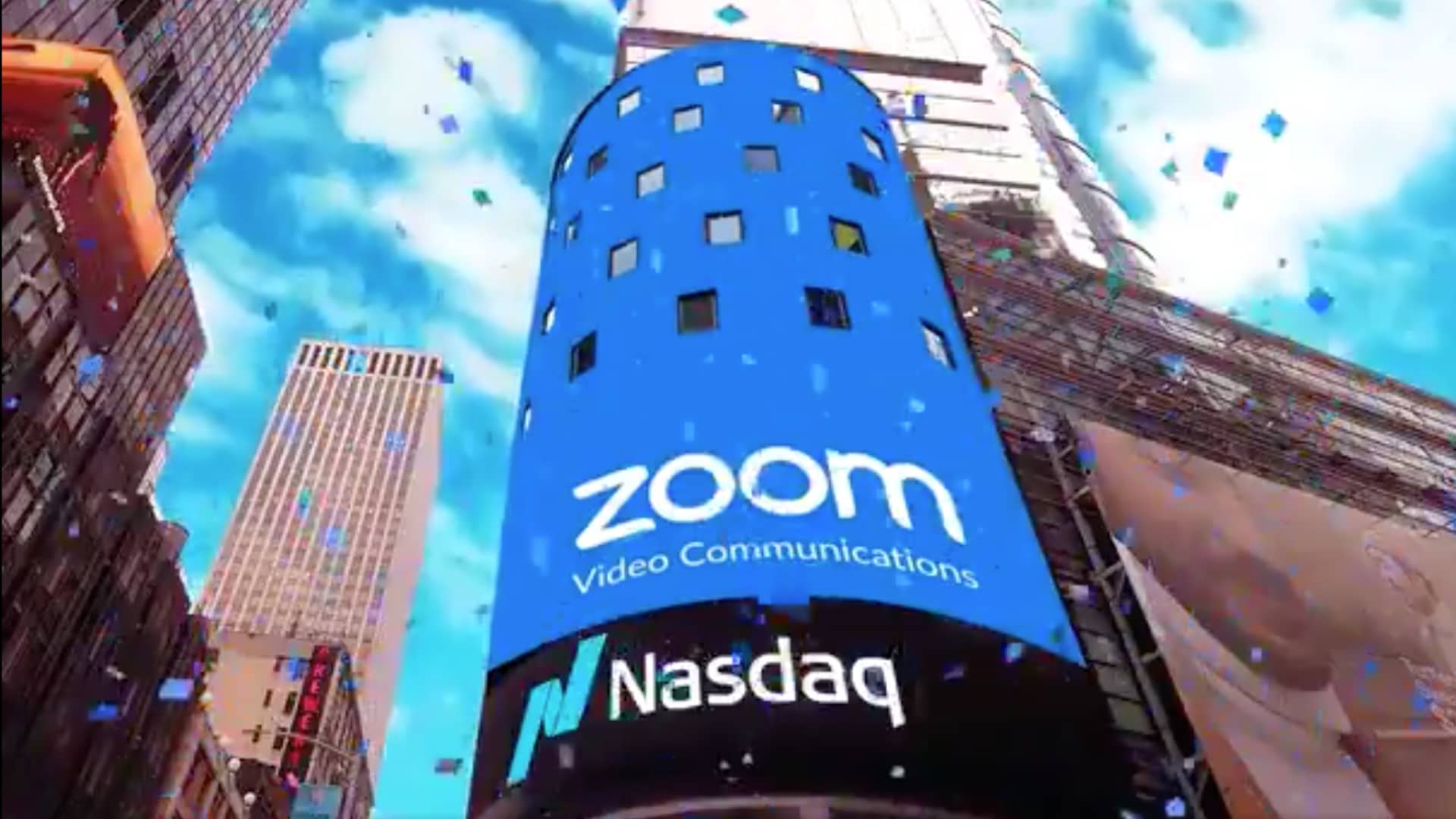 Check out the companies making headlines in midday trading Tuesday.

Zoom Video — Zoom sank 16.5% after missing on revenue estimates for the previous quarter due to a strong dollar. The videoconferencing company also cut its forecast for the full year amid slowing revenue growth.

Twitter – Shares of the social media network fell 7.3% after a whistleblower at the company filed complaints with the Securities and Exchange Commission, Federal Trade Commission and Justice Department alleging “extreme, egregious deficiencies by Twitter” related to privacy, security and content moderation.

Palo Alto Networks – Shares of Palo Alto Networks jumped 12.1% after the company reported an earnings beat Monday, driven by strong billings up 44% in the quarter. The cybersecurity company also raised its quarterly and full-year guidance, boosted its buyback program and announced the approval of a 3-for-1 stock split.

Macy’s – Shares of the department store rose nearly 4% after the retailer reported a fiscal second-quarter profit and revenue that topped analysts’ expectations. Macy’s also teased that its digital marketplace, which was announced last year, is launching in the coming weeks. However, the company cut its full-year forecast, saying it anticipates deteriorating consumer spending on discretionary items such as apparel that will lead to heavy markdowns to move items off shelves.

Medtronic — Medtronic shares sank 3.1% despite a beat on revenue and earnings in the recent quarter. The medical devices maker said that revenue fell from a year ago as it grapples with supply chain constraints.

JD.com — Shares of the e-commerce company based in China rose 3.4% after the company exceeded analyst expectations on the top and bottom lines in the recent quarter. JD.com also said that annual active customer accounts rose 9.2%.

J.M. Smucker – Shares of the food products company rose more than 3% on Tuesday after J.M. Smucker’s first-quarter adjusted earnings topped expectations at $1.67 per share. Analysts surveyed by Refinitiv had penciled in $1.27 per share. Revenues were in-line at $1.87 billion. The earnings beat came despite a hit from the Jif peanut butter recall

Grocery Outlet Holding – Shares of the discount grocery store chain shed 4.4% after being downgraded by Morgan Stanley to underweight from equal weight. The firm cited downside to Grocery Outlet Holding’s 2023 estimates and not as much upside to its 2022 estimates being baked in. The stock has also already surged more than 40% this year.