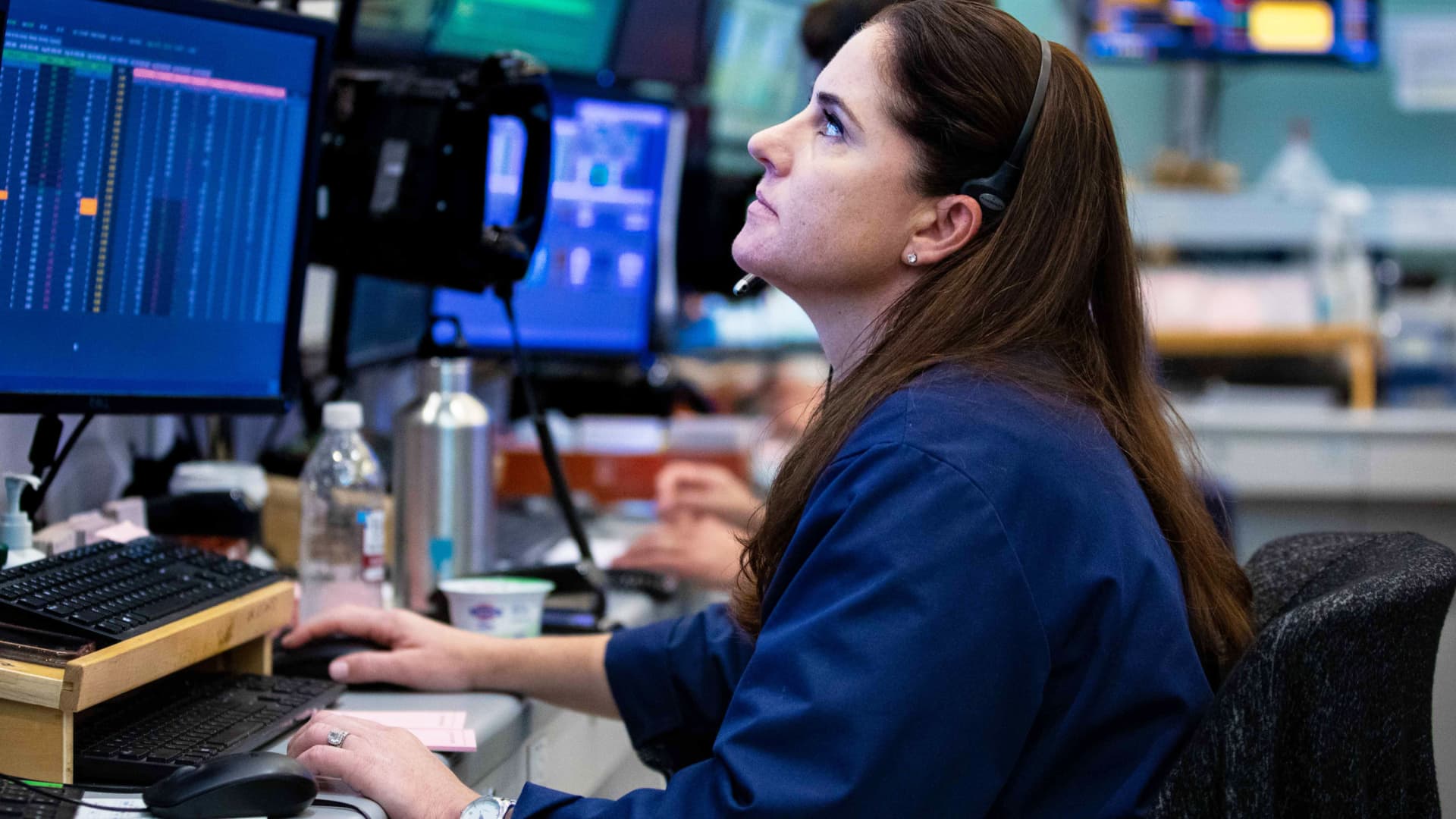 After June’s super hot consumer inflation report, traders in the futures market immediately began to bet the Federal Reserve could raise interest rates by as much as a full percentage point later this month.

The consumer price index, reported Wednesday morning, rose 9.1% year over year, the hottest monthly reading for the number since November 1981. The report immediately spurred market talk that the Fed could become more aggressive, and that its tougher actions would have an even bigger chance of causing a recession.

Fed funds futures for July immediately rose to 81 basis points, meaning investors were pricing in 0.81% in rate hikes from the Fed on July 27. And by the afternoon, market expectations continued to grow, with the fed funds futures pricing in 93 basis points of a hike in July, according to BMO. A basis point equals 0.01 of a percentage point.

The market had previously anticipated a rate hike of 0.75 percentage points, but the high reading on the July contract indicates many investors are bracing for a full percentage point rate hike. That would be extremely aggressive on top of June’s three-quarter point hike, the largest increase since 1994. The fed funds rate range target is currently 1.5%-1.75%.

Global rate pressure is certainly one reason expectations kept edging higher Wednesday, as well as comments from a Fed official.

“You had the Bank of Canada, out of nowhere, went from the solid 75 basis point expectation, which was already high … and they did 100 basis points,” said Andrew Brenner, head of international fixed income at National Alliance Securities.

Now, traders are fixated on every piece of inflation data, as well as comments from Fed officials. The producer price index is released at 8:30 a.m. ET Thursday and is expected to rise by 0.8%. Also, Fed Governor Christopher Waller speaks two and a half hours later, at 11 a.m. ET.

Ben Jeffery, rate strategist at BMO, said the market was now pricing for a fed funds rate of 2.51% in July, but October futures also pointed to a bigger hike in September. The September contract was priced for fed funds at 3.23% by October.

Jeffery said Fed officials will enter a quiet period ahead of their July 26 meeting, and there are few scheduled appearances on the calendar. St. Louis Fed President James Bullard speaks at a conference on European economics Friday morning, and Bostic speaks early Friday on monetary policy.

“There’s certainly the potential for unscheduled remarks by another member of the committee,” he said.

Strategists noted the 10-year Treasury yield initially jumped on the CPI report, but moved back down, reflecting concerns about a recession. Yields move opposite price.