The stocks to buy to beat inflation, including tech 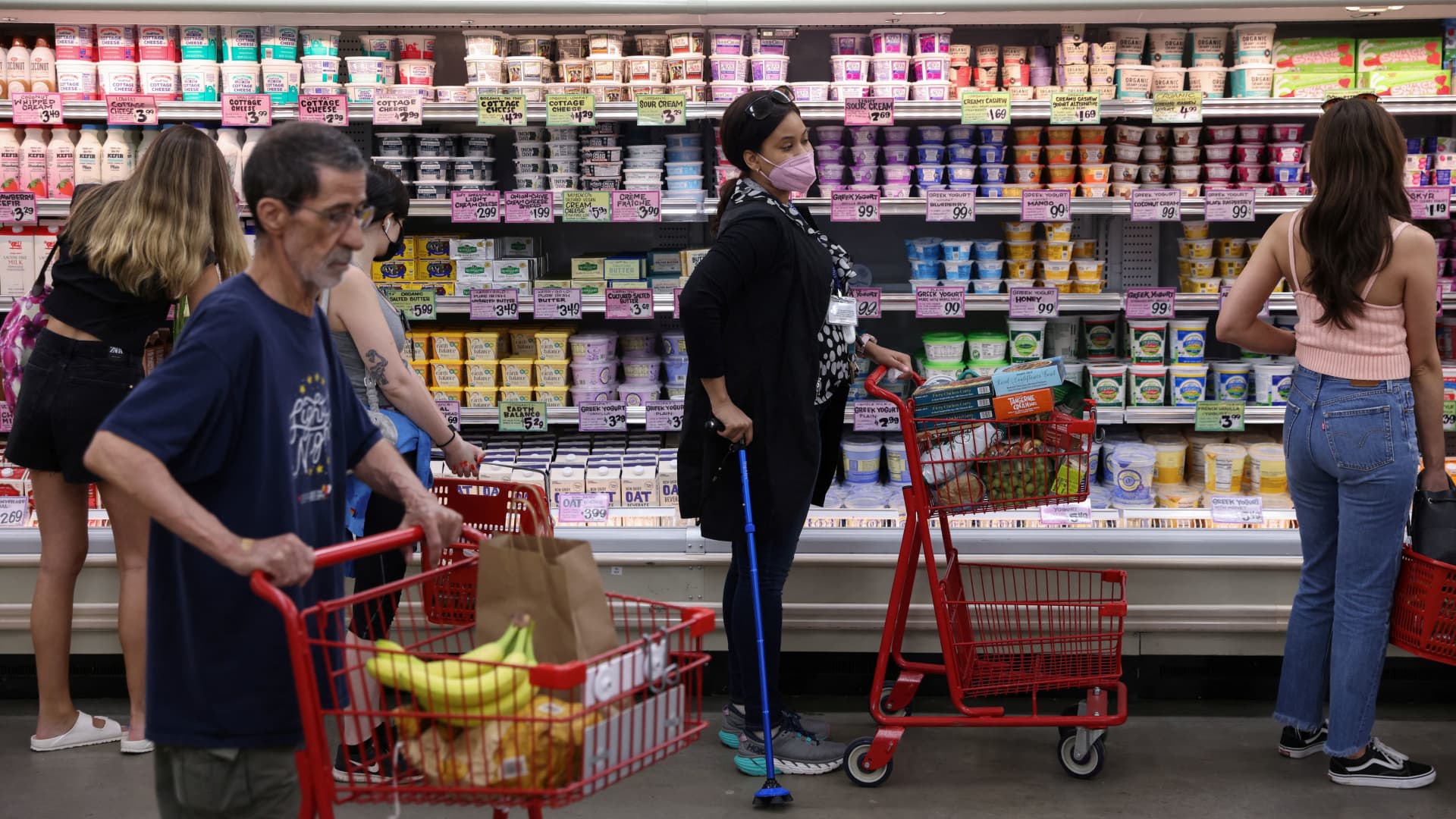 As U.S inflation remains hot and the Federal Reserve looks to continue on its tightening path, investor Keith Fitz-Gerald believes some firms are clearly better than others at navigating this difficult environment. Consumer prices in the U.S. rose 9.1% in June from a year ago — the fastest pace of inflation since November 1981. Some market watchers believe falling oil and gasoline prices this month indicate that consumer inflation may have finally peaked , but Fitz-Gerald, a private investor, analyst and researcher, is not convinced. “Inflation is not peaking. Not even by a little. Gasoline is down because traders are pricing in a recession, not because rates are rising,” Fitz-Gerald, principal at research firm Fitz-Gerald Group, told CNBC last week. He believes larger rate hikes are merited even if it leads to market dislocation. “It’s simply time to pay the piper for years of badly conceived cheap money policies,” he added. Picks from the ‘top of the food chain’ Against this backdrop, Fitz-Gerald says it is imperative to be selective in picking stocks. “You want to be playing at the very top of the food chain with the best names you can buy. Low-beta, high dividend, big tech, defense,” he said. “There are still great companies putting up great numbers.” One of Fitz-Gerald’s picks is PepsiCo , a stock he described as a “bellwether.” “The fact that the company came out with great earnings , has strong potential and actually looks forward to raising guidance and thinks it can maintain higher prices speaks volumes about where it thinks the business can go,” he told CNBC’s “Squawk Box Asia” on Friday. “So, if you’re looking at today’s markets, and you’re wondering about where to hide or what stock can provide stability, that’s a great example.” Another consumer stock high on Fitz-Gerald’s list is warehouse club retailer Costco , which he said is “absolutely essential” as inflation forces consumers to tighten their belts. He believes Costco is the “kind of company you want to own” due to its ability to help consumers stretch their dollar. “They have got a rabid customer base, they have got increasing revenues, they are able to increase their throughput and they have managed to step aside from most of the supply chain problems that are plaguing other lesser significant choices,” he said. Read more Morningstar strategist says two FAANG stocks look incredibly cheap right now Morgan Stanley’s Wilson predicts the S & P 500 trough: It will come ‘pretty quickly’ This fund manager oversees $10 billion. Here’s where he’s investing as inflation stays high ‘Logical’ tech plays Tech stocks have borne the brunt of a broad and massive sell-off in stocks this year, but Fitz-Gerald believes that not all tech companies are made from the same mold. Investors should clearly distinguish between companies that will be around for the long run and those that are vulnerable to supply chain risks and inventory overhang, he said. Fitz-Gerald says cybersecurity is a “logical play,” given the importance of defending data and what he thinks will be sustained capital expenditure in this space. “Everybody’s changing what they’re buying in the grocery store or in Costco or in some of the retailers, but what nobody has heard of yet is giving up their iPhone or their Android. That seems to indicate how consumers think about data,” he said. “If you look at companies, they are going to have to protect all that. So, cybersecurity is a logical play here.” As such, investors should focus on companies such as Apple and Texas-based cybersecurity firm CrowdStrike , he said. “That’s where you want to be focused because these are the companies that are going to survive and plow forward even if the rest of the market takes a header,” he added.