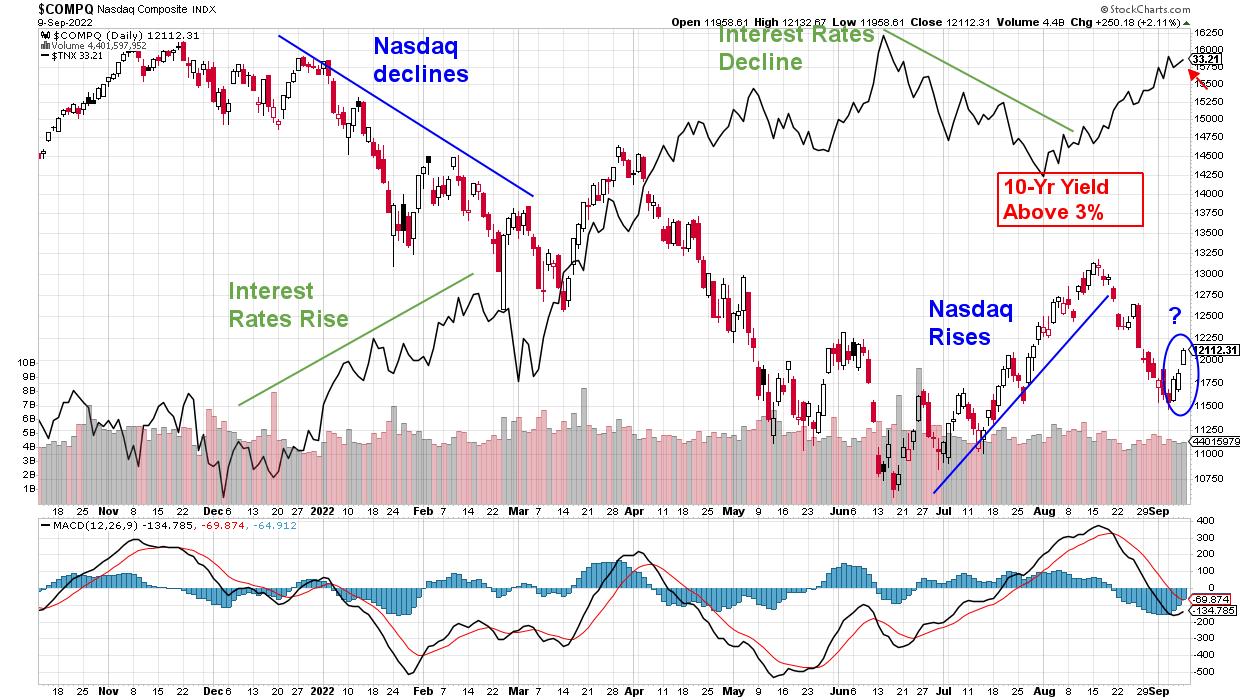 The markets ended the week with a strong rally, which occurred despite hawkish comments from several Federal Reserve officials and Fed Chair Powell. Their comments further the possibility that rates will be increased by 75 basis points at their next meeting later this month, while also pointing to a prolonged path of higher rates into next year.

In response, yields rose last week, which is normally a negative for stocks. This is particularly true of Growth stocks as future earnings are reduced in value. The chart below shows the Nasdaq’s response to rising rates, with last week’s rally occurring despite a continued uptick in rates.

So what drove stocks higher last week in the face of a rising-rate environment? One factor is that the markets were oversold and due a bounce. Compounding this was a short squeeze, as the most shorted stocks posted gains last week that far outpaced the broader markets. The sharp gains can be seen using the Goldman Sachs Index of the most shorted stocks (which I am unable to share here).

The rally last week pushed the S&P 500 back above its 50-day moving average, which was the next area of upside resistance for this Index. While it’s unclear where the markets will head from here, it’s critical that you have a strategy as market conditions unfold.

If you’re a longer-term investor, last week’s bounce should not change your strategy, as it does not signal a major turning point. The broader markets have not reversed their bear market downtrend and will need to trade above at least their mid-August highs before this can be considered. Shorter-term investors can anticipate a bit more upside heading into Tuesday’s Consumer Price Index (CPI) report and perhaps beyond; however, you’ll need to keep your stops tight, as we’ve seen the markets reverse quickly from short squeeze rallies such as late May.

There are areas of the market that are currently poised to continue higher despite an overall downtrend, which is not unusual. Energy stocks posted sharp gains the first half of this year, while the broader markets suffered.

For more information regarding areas that are poised to trend higher during the currently difficult period, use this link to receive immediate access to my MEM Edge Report, which will provide insights as well as specific stocks. In addition, the link above will provide you with a 4-week trial of my twice-weekly report at a nominal fee. You’ll receive access to a dynamic watchlist of stocks that have superior fundamentals and positive charts, as well as be alerted to when the markets shift.

On this week’s edition of The MEM Edge, now available to watch on demand at StockChartsTV.com and the StockCharts YouTube channel, I review last week’s rally, which pushed the markets above a key area of near-term resistance. I also share stocks from the top-performing sectors that have positive charts, with a focus on base breakouts. 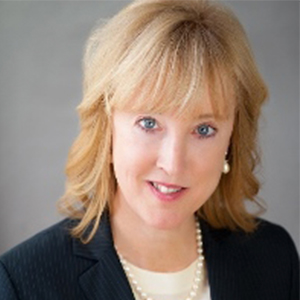