Tesla’s bitcoin holdings could result in a $460 million hit for the car maker, Barclays says 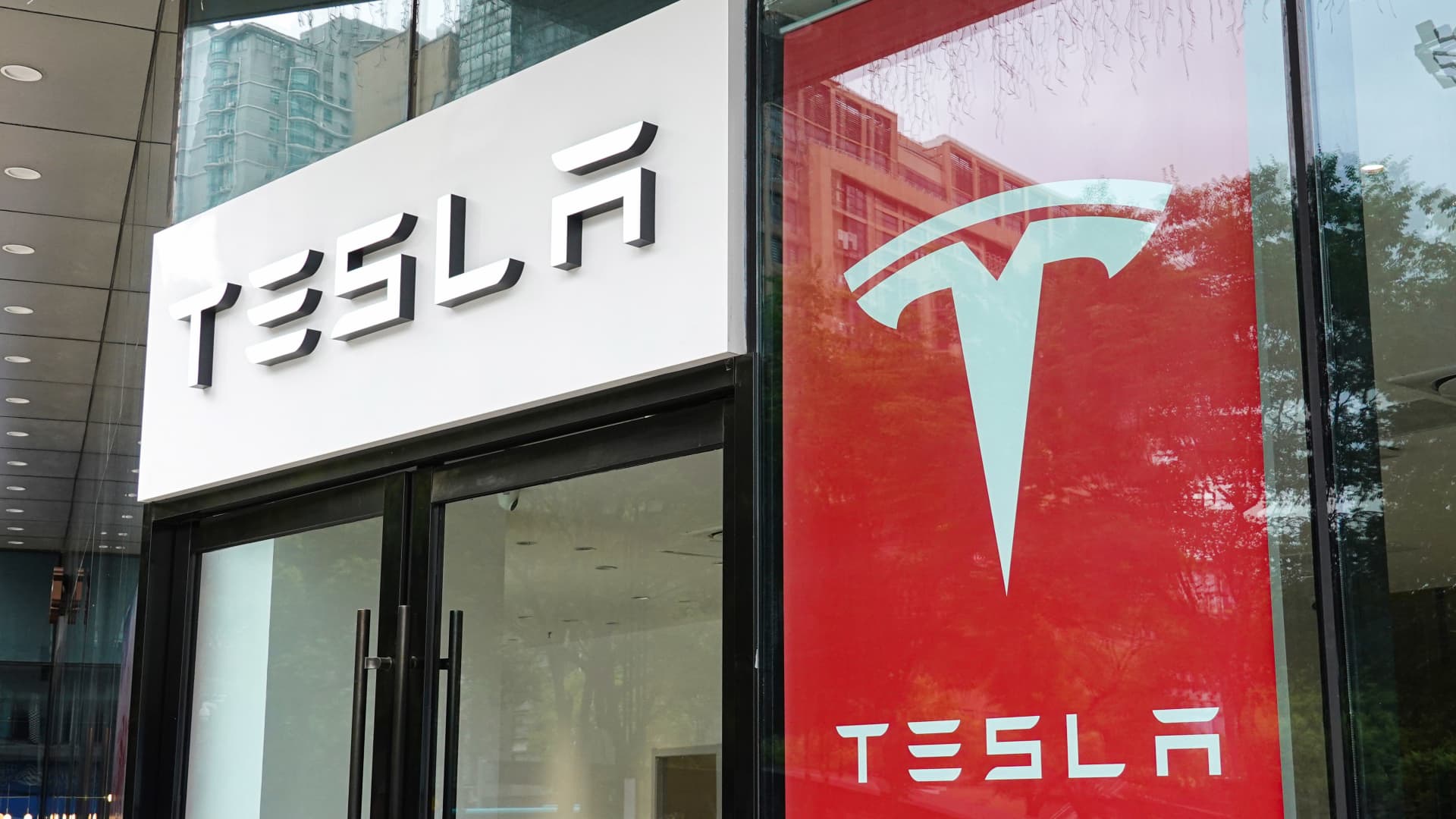 Tesla ‘s bitcoin holdings could have taken a big bite out of the electric car maker’s upcoming earnings, according to Barclays. Analyst Brian Johnson said he expects Tesla to report an impairment of roughly $460 million due from bitcoin. Tesla is slated to post earnings Wednesday after the bell. “With Bitcoin ending the quarter at ~$19k (well below TSLA’s likely purchase price range of ~$32-33k), we expect TSLA to take an impairment charge in the quarter of ~$460mn or ~$0.40 per share,” Johnson said. Bitcoin prices have plummeted in recent months as investors rotate out of risk assets as inflation surges and rising fears of a global slowdown loom. On Monday, the digital currency above $22,000 after starting the year at more than $47,000. Still, Johnson expects Tesla earnings to come in above expectations. “We expect a modest 2Q EPS beat vs consensus but see greater focus on FCF given CEO Elon Musk’s comments last month that Berlin and Austin are ‘gigantic money furnaces right now,'” wrote analyst Brian Johnson in a note to clients. Even as the company plans upcoming shutdowns, the bank also maintained its estimates for the third quarter. Despite a brief shutdown at its Berlin factory, Barclays expects Tesla to achieve its goal to double the production rate in August and finish out the third quarter with 18,000 units. At the Shanghai factory, Barclays expects the company to produce 213,000 vehicles in the third quarter, up from a previous 210,000 estimate despite a brief reported shutdown for upgrades. Barclays also increased its price target on the stock to $380 per share from $370 a share, though that still represents a more than 47% potential downside from Friday’s close. Shares of Tesla have plummeted nearly 32% this year amid a broader market sell-off. — CNBC’s Michael Bloom contributed reporting