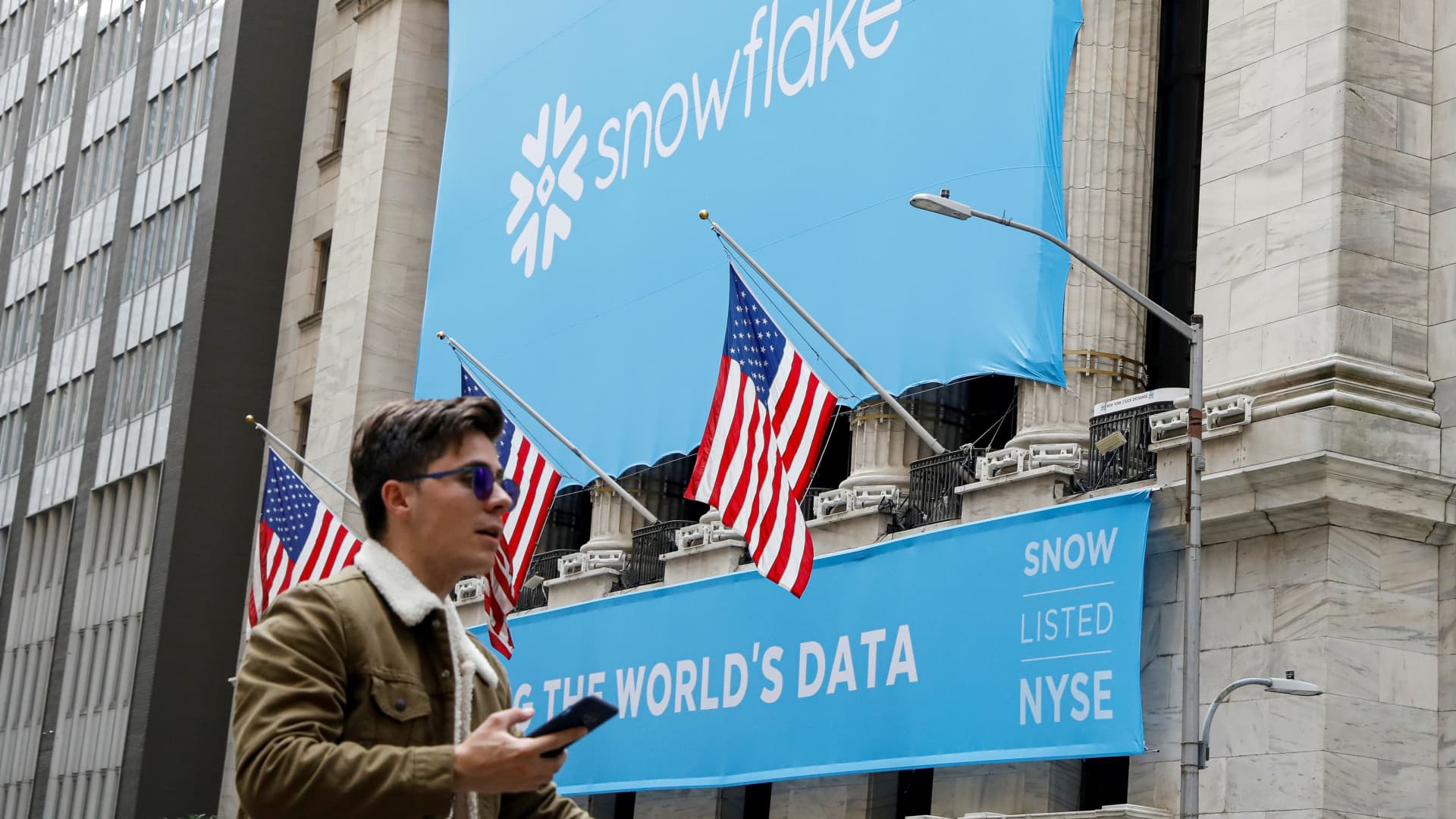 A banner for Snowflake is displayed on its IPO day at the New York Stock Exchange on September 16, 2020.

Shares of Snowflake closed up 23% Thursday, a day after the company released second-quarter results that beat on the top line.

The cloud data platform provider reported $497 million in revenue for the quarter, more than the $467 million expected by analysts, according to Refinitiv. The largest chunk of Snowflake’s sales, product revenue, grew 83% year over year to $466.3 million.

Analysts from Canaccord Genuity said this was “another excellent quarter” for Snowflake, and though they said executives offered a little caution about the uncertain macroeconomic environment, it seems like business as usual at the company.

“SNOW shares aren’t cheap,” they wrote in a Thursday note, “but this is a category-leading company that’s growing far faster than almost anything else in software and doing so nicely profitably with improving cash margins.”

They said the company’s success was driven by continued traction upmarket, strong execution, ongoing data warehouse migration to the cloud, and the addition of more products and use cases.

“With this in mind, we believe SNOW is still early into its massive market opportunity, particularly with large organizations that are undergoing multi-year initiatives migrating workloads to the cloud,” they wrote in a Thursday note.

Snowflake said it anticipates product revenue will be between $500 and $505 million in its third quarter, and between $1.91 billion and $1.92 billion for the full year.