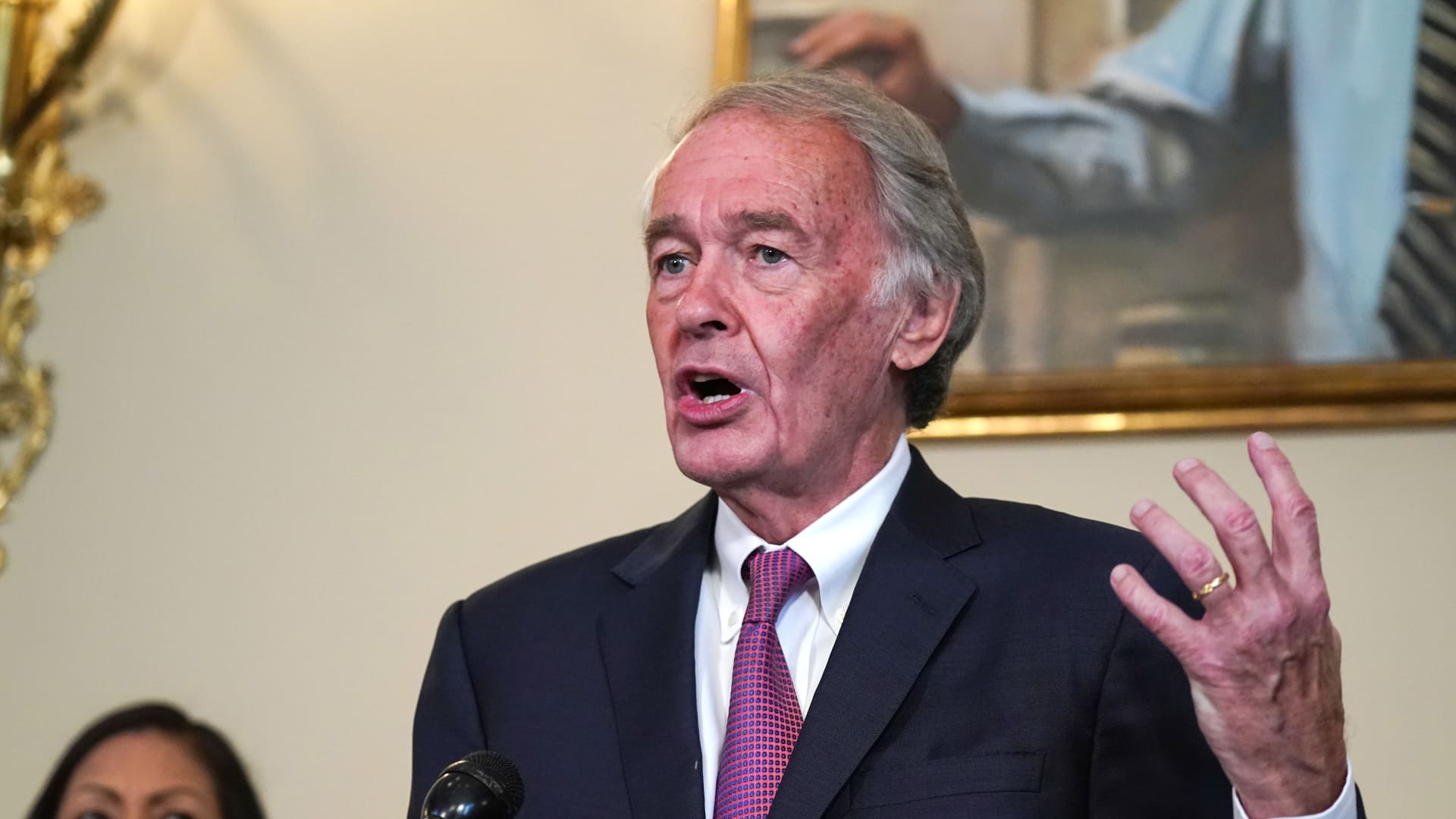 Senator Ed Markey speaks at the Back the Thrive Agenda press conference at the Longworth Office Building on September 10, 2020 in Washington, DC.

Deadline first reported on the new syndicated MGM Television series, “Ring Nation,” earlier this month. The show, which is expected to launch on Sept. 26, will feature video clips from Ring doorbell cameras and will be hosted by comedian Wanda Sykes.

The show brings together two Amazon subsidiaries: Ring and MGM, which the company officially acquired earlier this year.

But it also puts a cheery spin on a product that has been criticized as a tool for surveillance and a symbol of overreach by law enforcement. According to Deadline, clips from Ring would include videos of “neighbors saving neighbors, marriage proposals, military reunions and silly animals.”

“With Ring Nation, Amazon appears to be producing an outright advertisement for its own products and masking it as entertainment,” Markey said in a statement on Twitter, sharing a Hollywood Reporter article featuring his criticism of the series. “The Ring platform has made over-policing and over-surveillance a problem for America’s neighborhoods, and its normalization is no laughing matter.”

Markey, who has previously probed privacy concerns and police cooperation at Ring and Amazon, and  said in a statement the show is “no ‘America’s Funniest Home Videos'” and said, “Amazon must focus instead on making strong safety and accountability commitments to Ring users and ensure that neighbors aren’t robbed of their privacy and civil liberties.”

An MGM spokesperson told Hollywood Reporter that the show gets permission for each video “from the owner and anyone identifiable in the video or from companies that hold the rights to the clips.”

Ring pointed Hollywood Reporter to an audit by the Policing Project at New York University’s law school, that says because of its findings, the company “implemented over one hundred changes to its products, policies, and legal practices.” Ring paid $25,000 to help with the costs of the audit, which the Policing Project donated to a non-profit group, according to Hollywood Reporter.

Amazon did not immediately respond to CNBC’s request for comment.

WATCH: Concern is growing over police use of facial recognition