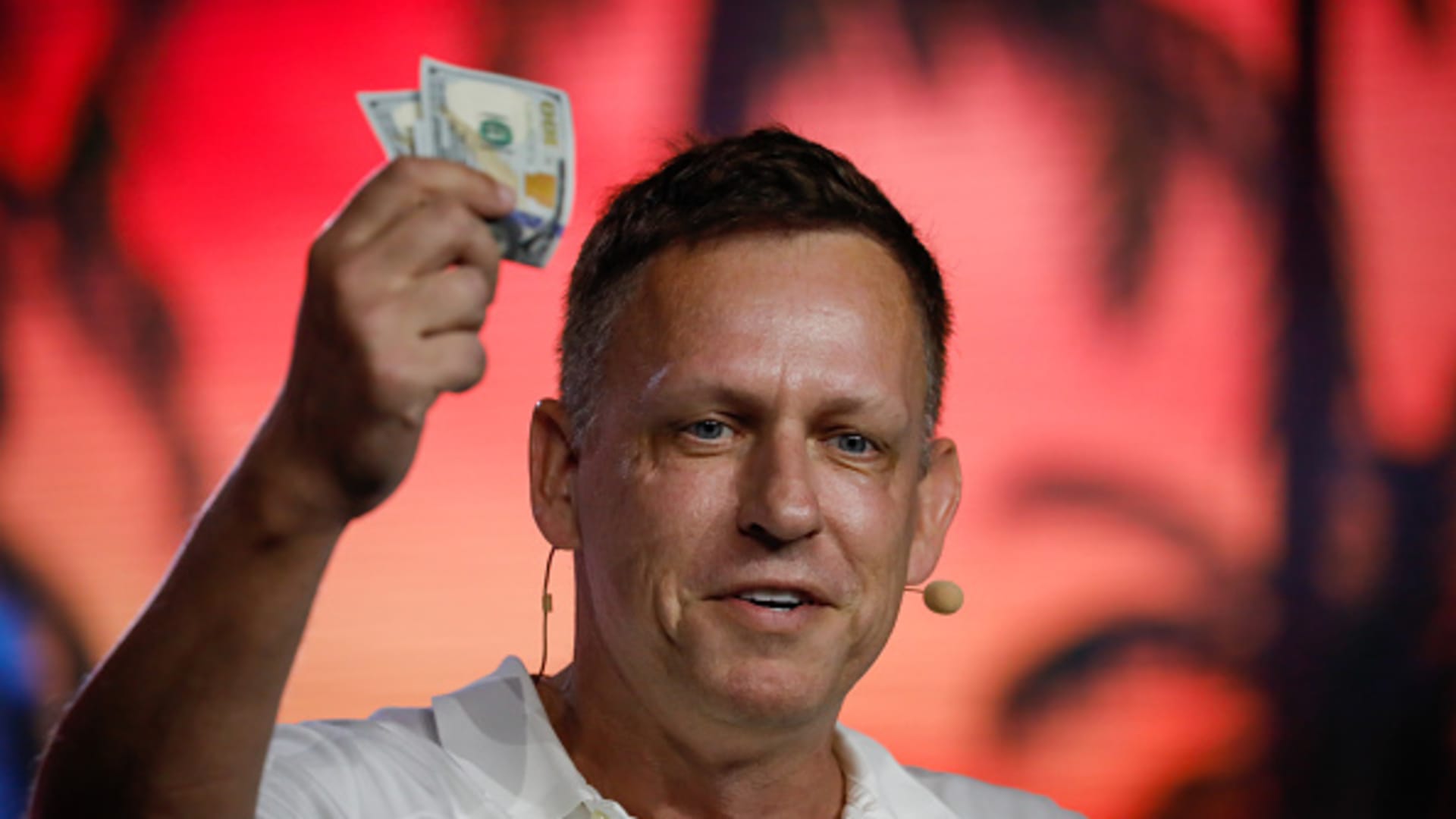 Republican megadonor Peter Thiel is signaling to allies that he is largely done helping Ohio Senate candidate J.D. Vance, and wants his deep-pocketed political network to boost Arizona Senate candidate Blake Masters as he trails Democratic Sen. Mark Kelly in the polls, according to people familiar with the matter.

Thiel told guests at a recent Masters fundraising event that he believes Vance is on track to win his Senate race against Rep. Tim Ryan, D-Ohio, according to those who attended the gathering and overheard his comments. The GOP donor hosted the fundraiser at his $5 million home in Los Angeles.

“Peter said, ‘That race [Ohio Senate] is done in my mind,'” according to one of the people familiar with Thiel’s conversations with attendees. Vance and Ryan are vying for retiring Republican Sen. Rob Portman’s seat in Ohio, a swing state where Republicans have enjoyed increased success in recent years.

“‘We just have to get Blake over the finish line,'” this person said in explaining Thiel’s views shared at the fundraiser.

Spokespeople for Thiel and Masters did not respond to requests for comment.

Both the Arizona and Ohio races will play a key role in determining which party controls the Senate, and the ability to shape policy and confirm President Joe Biden’s nominees, after the midterms. Democrats hold a majority in the 50-50 Senate through Vice President Kamala Harris‘ tie-breaking vote.

Either flipping the Arizona seat — or defending ground in Ohio — would boost Republicans in their bid to regain Senate control. The Cook Political Report marks the Ohio Senate race as “lean Republican” while it classifies Arizona as “lean Democrat.”

As both races will shape Senate control, candidates and their allied outside groups have piled money into ads ahead of the Nov. 8 vote. Campaigns and independent groups have spent over $120 million on ads in the Arizona Senate race, while they have put north of $100 million into the Ohio contest, data from AdImpact shows.

Thiel did not tell fundraiser guests whether he plans to give more money to a pro-Masters super PAC. But his decision to tell guests to focus more on Masters than Vance shows he could still deploy more cash in the Arizona Senate race with just over a month until Election Day.

It also reflects a view that Arizona could play a larger role than Ohio in determining Senate control.

At the Masters fundraising event, Thiel told attendees that Vance no longer needs the boost he required during the GOP primary because most polls show him leading Ryan, according to those familiar with Thiel’s conversations. A RealClearPolitics polling average shows Vance leading Ryan by more than 1 percentage point. Ryan has raised over $21 million while Vance has brought in just over $3.6 million, according to the nonpartisan OpenSecrets.

Thiel acknowledged that Masters trails Kelly in many public polls, and needs a massive cash infusion to keep up with the incumbent’s fundraising juggernaut, these people explained. Kelly’s campaign has raised more than $50 million while Masters has taken in just over $4 million, OpenSecrets says.

As many Republican Senate campaigns raise significantly less money than their Democratic opponents, outside PACs have stepped in to fill the gap. Saving Arizona, a pro-Masters Thiel-funded super PAC, recently put up a $1.5 million television ad buy in support its preferred candidate.

Ad tracker Medium Ad Buying also said in a tweet that the Masters campaign is placing new TV ad spending after being off the air since late August.

Kelly leads Masters by at least 4 percentage points, according to a RealClearPolitics average of recent polls.

Thiel gave $30 million to super PACs backing Vance and Masters during their competitive GOP primary campaigns, according to Federal Election Commission records. But he has yet to donate to either of the PACs in the general election.

Vance and Masters both worked with Thiel before they launched their Senate campaigns. Vance once worked at investment firm Mithril Capital, which Thiel co-founded, while Masters was chief operating officer at Thiel Capital.

At least 40 people attended the fundraising event at Thiel’s home, and nearly a dozen others contributed to Masters’ campaign but could not make it to the gathering, according to organizers. With individual tickets starting at $1,500 and going up to $5,800, the event could have raised anywhere from $75,000 to $290,000 for the campaign.

Pictures of the fundraiser posted on Twitter by event co-host and businessman Tom Sauer show Masters speaking to the crowd of donors near Thiel’s outdoor pool. Other co-hosts listed on the event invitation included longtime hedge fund manager Michael Wang and Joshua Steinman, who was a deputy assistant to former President Donald Trump.

Julie Luckey, the mother of billionaire tech executive Palmer Luckey, was also spotted at the Masters event, according to someone who saw here there. California state campaign finance records list Julie Luckey as a “major donor.”

Julie Luckey did not return a call seeking comment.