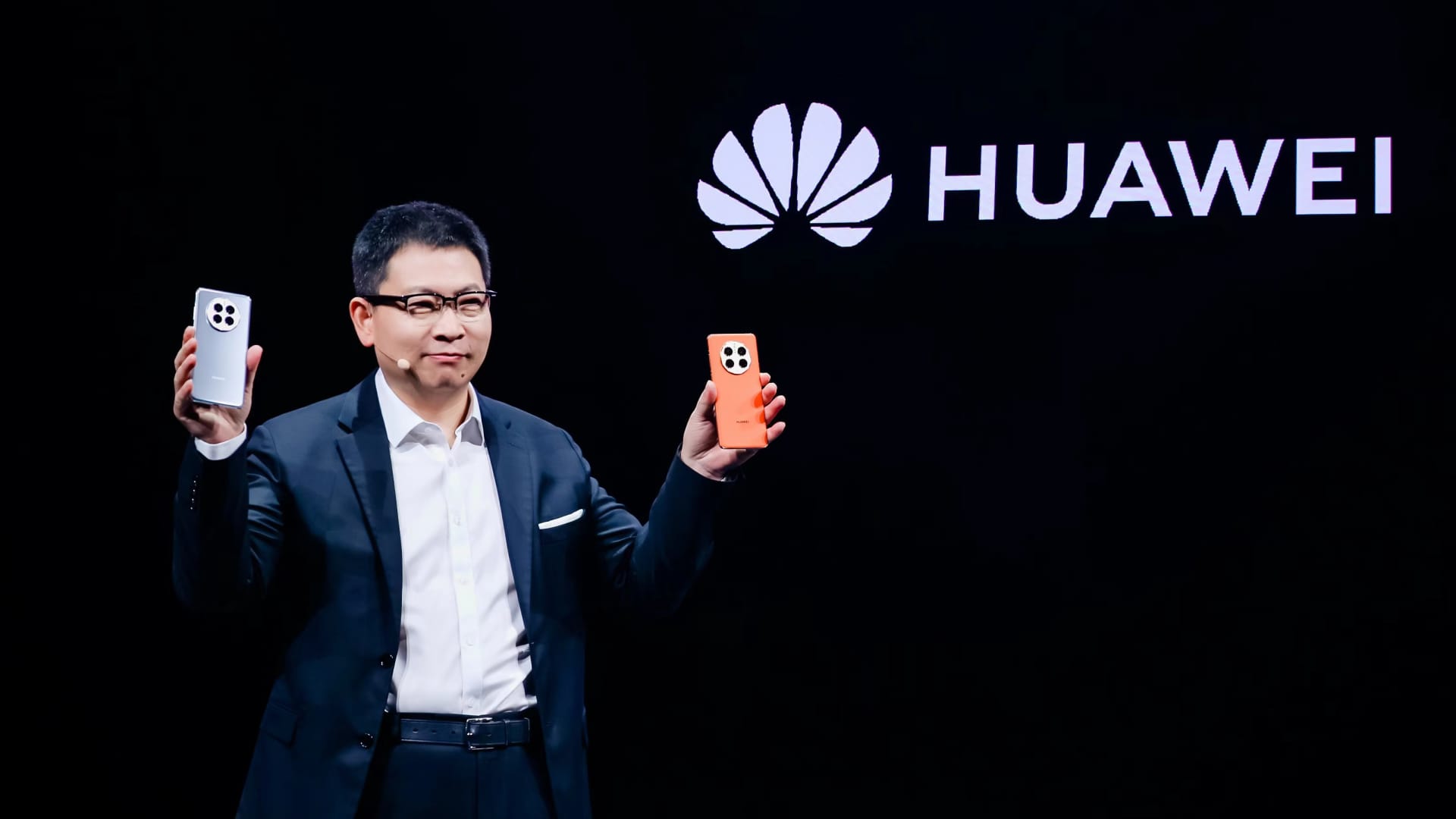 Richard Yu, CEO Huawei’s consumer business and automotive technology unit, revealed the Huawei Mate 50 series on Tuesday. The Chinese giant’s smartphone business has been hurt by U.S. sanctions over the past two years which has cut the firm off from key technology.

Huawei launched a flagship smartphone that it claims is the first device that’s able to connect to China’s Beidou global navigation satellite system.

It comes as the company seeks to remain relevant in the mobile market after U.S. sanctions crippled its mobile phone business.

The Chinese technology giant took the wraps off the Mate 50 smartphone on Tuesday, alongside the MatePad Pro tablet and Watch GT 3 Pro smartwatch.

Huawei’s Mate 50 boasts an updated camera with 4 lenses arranged in a circle on the back. The phone also runs Harmony 3.0, the latest version of Huawei’s self-developed operating system, which was first released in 2019 after the company was cut off from using Google’s Android software due to U.S. sanctions.

The Mate 50 also does not have connectivity to super-fast 5G networks after U.S. sanctions cut off the company from the key chip required for this. Instead, the phone connects to previous generation 4G networks.

However, Huawei claims this is the first smartphone released to the public that can connect to China’s Beidou satellite networking. Beidou was completed in 2020 and is a rival to the U.S. government-owned Global Positioning System (GPS), which is widely-used across the world.

Connectivity to Beidou means users can still send messages even when they lose connection to a terrestrial mobile network, for example, if they’re in a remote area.

But Huawei, which rose to prominence through its telecommunications equipment business, has pivoted to new growth areas over the last two years, including software and cloud computing.

More recently, Huawei has been building out an automotive technology business with a focus on electric vehicles. But the Shenzhen, south China-headquartered firm is not manufacturing cars. Instead, it is partnering with automakers and providing the technology in various parts of the vehicle.

Richard Yu, CEO of Huawei’s Automotive Solution business unit, shows off the Aito M5 electric car. Huawei does not manufacture cars but instead teams up with automakers and focuses on the technology within the vehicle. The Aito M5 is a collaboration between Huawei and Chinese carmaker Seres.

On Tuesday, Huawei launched the AITO M5 electric vehicle in collaboration with Chinese automaker Seres. The car contains Huawei’s Harmony OS operating system for the digital cockpit and infotainment system and includes a computing system to adjust the torque of the vehicle. Huawei said it helps to improve the control of the vehicle.

A number of Chinese technology firms, including search giant Baidu and smartphone maker Xiaomi, have entered the electric vehicle market to grab a slice of the pie in the fast-growing EV market.