how Emirates is wooing luxury travelers 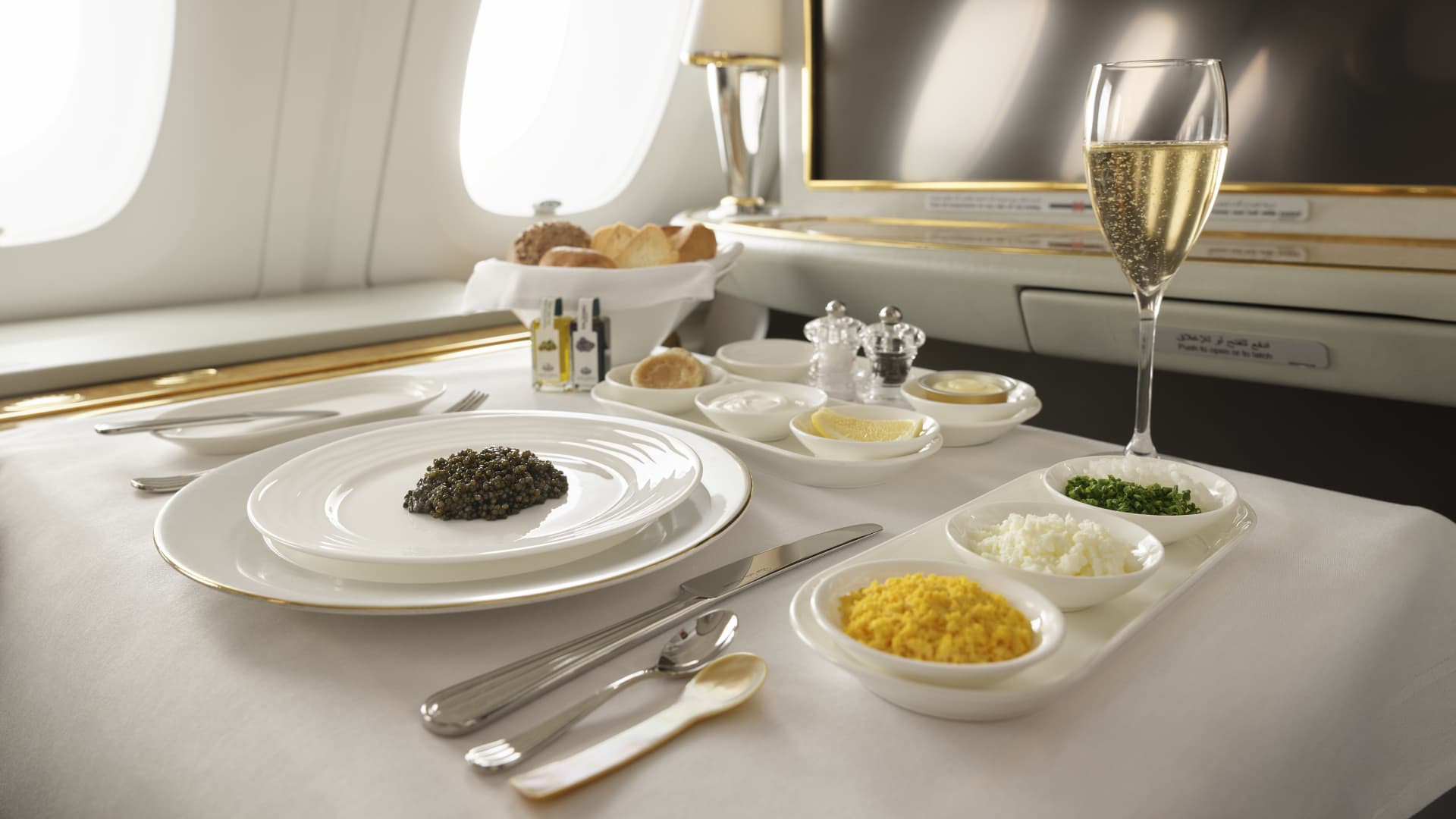 Dubai’s Emirates airline in August announced an investment of over $2 billion to improve its inflight customer experience, including cabin interior upgrades and new menus — with unlimited caviar.

The world’s biggest long-haul carrier will be retrofitting over 120 aircraft with new interiors, as well as dishing up menus with new vegan options and cinema snacks like popcorn, Emirates said in a statement.

Other new perks for the carrier’s first-class travelers include unlimited portions of Persian caviar, paired with Dom Perignon vintage champagne.

Those investments come just as Emirates posted a $1.1 billion loss for the year ended March 31.

“While others respond to industry pressures with cost cuts, Emirates is flying against the grain and investing to deliver ever better experiences to our customers,” said the president of Emirates airline, Tim Clark.

What other airlines are doing

Emirates is not the only airline pulling out all the stops to ride the tailwinds of “revenge travel” — the idea that people are making up for time “lost” during the pandemic to travel again.

Earlier this year, Finnair launched a new line of premium economy cabins, featuring seats that provide around 50% more space than their economy seats.

Emirates in August announced an investment of over $2 billion to elevate its inflight customer experience.

Air France, likewise, announced new long-haul business seats in May, complete with sliding dividers for passengers who want their own private space.

Emirates told CNBC that it has seen “a lot of interest” in these luxury upgrades, though it said it does not have the full numbers yet.

One travel analytics company, however, noted a shift in demand toward premium seats.

“During the pandemic, we saw that the numbers of people travelling by air collapsed. However, the proportion of travelers flying in premium cabins increased significantly,” said Olivier Ponti of ForwardKeys told CNBC in an email.

Ponti said that before the pandemic, the split between premium and economy seats was a ratio of 13:87, compared with 17:83 in 2022.

“While there’s no guarantee that the shift towards premium seats will be maintained as air travel recovers, one can understand why the airlines would want to invest in keeping hold of premium passengers, who, this year have typically spent 575% more on a seat than those flying economy.”

Others are skeptical, however.

Edward Russell, an editor at Skift, a travel industry news site, told CNBC it’s unclear how much of an effect “small” product changes will have on sales.

“Most travelers either fly the airline, or alliance, where they have loyalty, or opt for the cheapest fare. It is only a small subset of travelers who will actually book a flight based on the addition of a sliding door or unlimited caviar.”