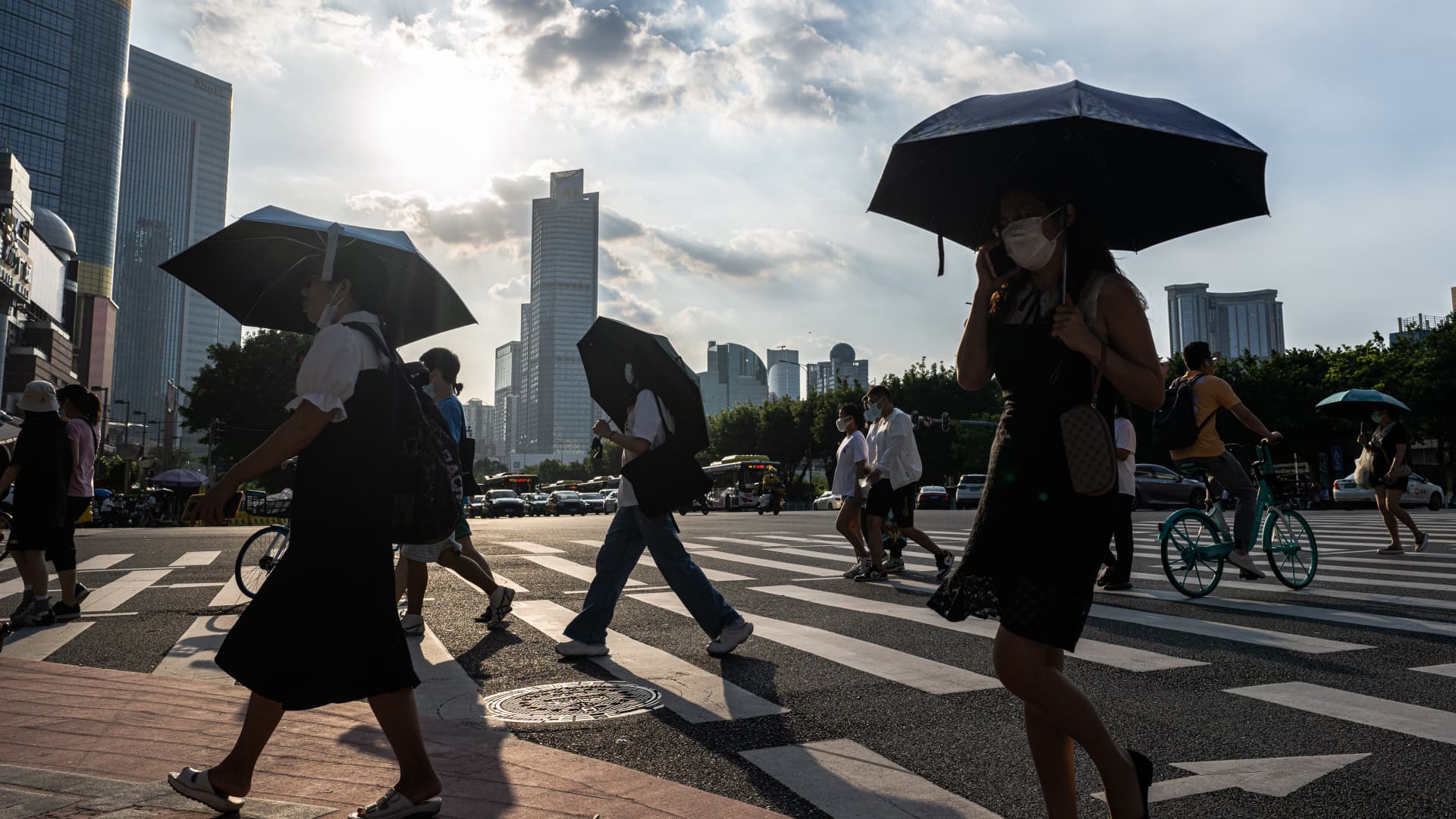 People cross the street during the hot weather on Aug. 15, 2022 in Guangzhou, China. The country is suffering from its worst heat wave in decades, which has strained power supply.

The cuts represent continued pessimism among investment banks over Beijing’s growth target of around 5.5%. In July, Chinese officials indicated the country might miss its GDP goal for the year.

Goldman’s economists cited the latest economic data for July as well as near-term energy constraints due to an unusually hot and dry summer. China is suffering from one of its worst heat waves in decades, straining an already stressed power supply and leading to production cuts in some parts of the country.

Economists from both banks also noted rising Covid cases nationwide as well as a contraction of property investment for July dragging down total investment.

Nomura, which continues to maintain one of the lowest estimates for China’s growth, said it still believes Beijing will stand by its zero-Covid policy until March 2023. It said this stance will likely remain a major drag on the property sector. In May, UBS cut its forecast to 3%, the lowest among estimates tracked by CNBC at the time.

The forecast reductions come after the People’s Bank of China unexpectedly cut two interest rates on Monday — its medium-term policy loans and a short-term liquidity tool — for the second time this year.

Nomura and Goldman both noted that Beijing’s stimulus response may be quite limited.

“In contrast with some people’s concerns about too much policy stimulus in H2, the real risk is that Beijing’s policy support may be too little, too late and too inefficient,” Nomura said.

Goldman Sachs said the surprise rate cuts do not necessarily signal the beginning of more aggressive easing, adding that policymakers not only face economic constraints, but also political ones.

“Their current focus is likely to be on stemming further downside risks and ensuring employment and social stability ahead of the 20th Party Congress,” it said.