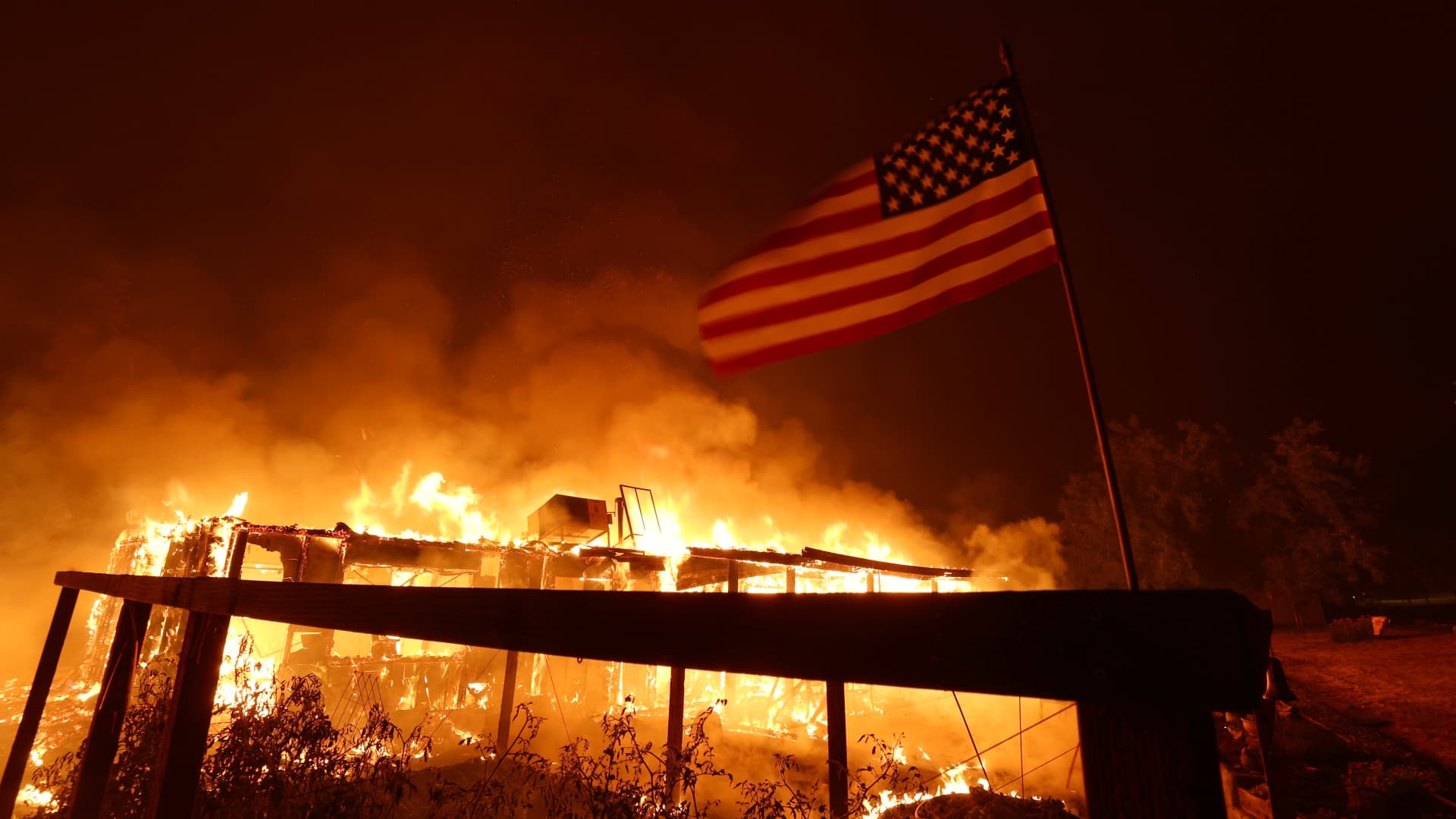 A home burns as the Oak Fire moves through the area on July 23, 2022 near Mariposa, California.

A fast-moving wildfire near Yosemite National Park erupted Friday afternoon and prompted evacuations even as firefighters made progress against an earlier blaze that burned to the edge of a grove of giant sequoias.

The Oak Fire began at about 2 p.m. southwest of the park near Midpines in Mariposa County and quickly spread to 1,600 acres, according to the California Department of Forestry and Fire Protection.

No buildings had burned but the Lushmeadows subdivision, which has about 1,700 residents, and a handful of roads in the Sierra Nevada foothill area were under mandatory evacuation orders.

There’s no immediate word on what sparked the fire.

A California firefighter lights a backfire while battling the Oak Fire on July 23, 2022 near Mariposa, California.

Meanwhile, firefighters have made significant progress against a wildfire that began in Yosemite National Park and burned into the Sierra National Forest.

The Washburn Fire was 79% contained Friday after burning about 7.5 square miles of forest.

The fire broke out July 7 and forced the closure of the southern entrance to Yosemite and evacuation of the community of Wawona as it burned on the edge of Mariposa Grove, home to hundreds of giant sequoias.

Wawona Road is tentatively set to reopen on Saturday, according to the park website.