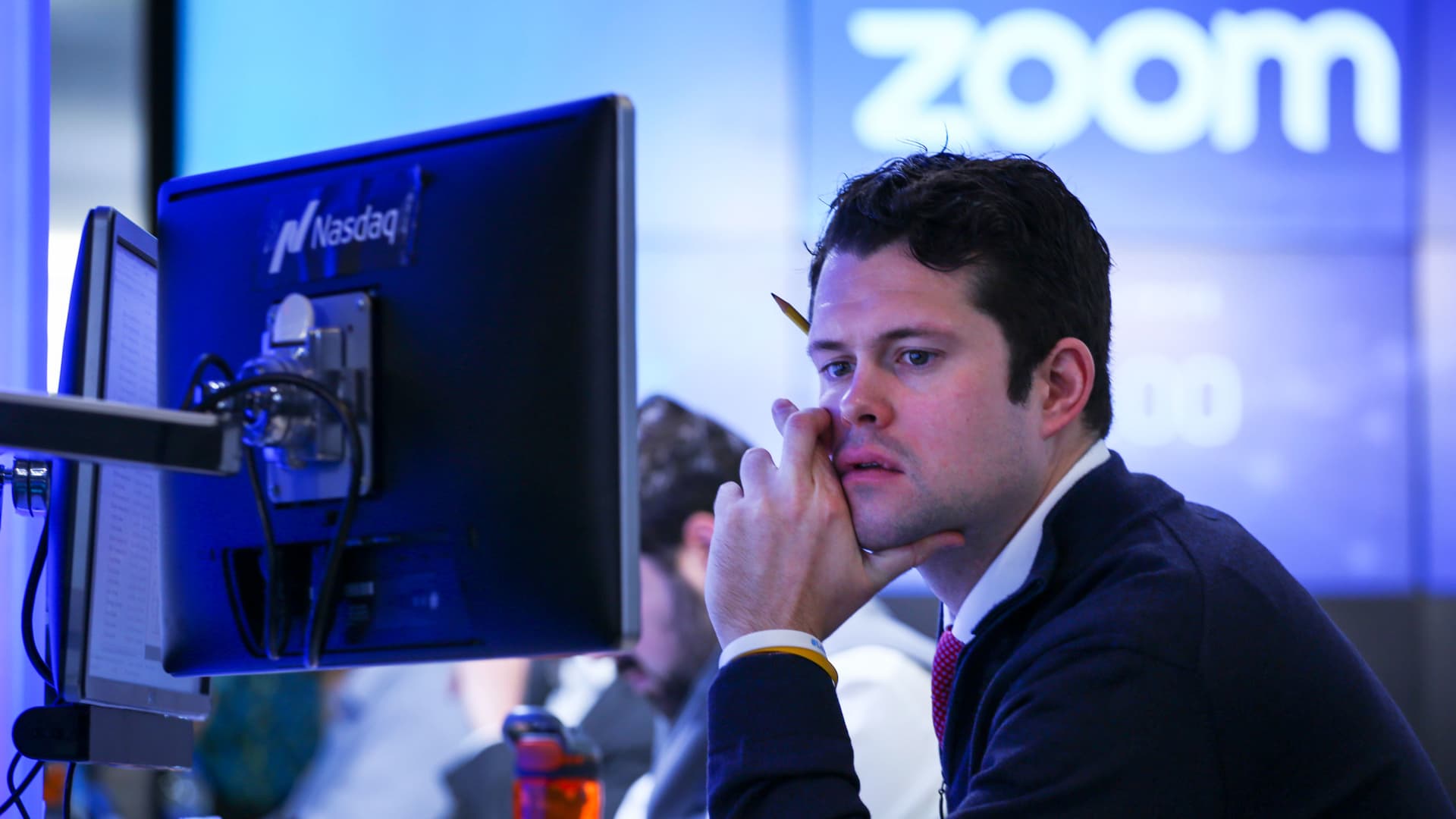 A trader working after the Nasdaq opening bell ceremony on April 18, 2019 in New York City.

Shares of Zoom fell 14% on Tuesday, a day after the company released second-quarter results that missed analyst’s revenue estimates.

The video communications company reported $1.10 billion in revenue for the quarter, short of the $1.12 billion expected by analysts, according to Refinitiv. Weighted sales, the strong U.S. dollar and performance in the company’s online business negatively impacted revenue, CFO Kelly Steckelberg said in a statement.

The company lowered its projections for the full 2023 fiscal year, primarily blaming economic conditions that caused executives to revise their view.

Citi analysts downgraded the stock and said Zoom’s outlook was worse than they anticipated.

“While Q2 surfaced many of our concerns that drove our recent downgrade, including SMB/Online pressure+margin risk, we underestimated the severity,” they wrote in a Tuesday note to investors adding that the company outlook is “much worse than we feared.”

“Overall, the pullback in FY23 profitability and FCF is somewhat concerning as topline growth slows further, and thus we are downgrading shares of ZM to Neutral.”

“We have implemented initiatives focused on driving new online subscriptions, which have shown early promise but were not enough to overcome the macro dynamics in the quarter,” Steckelberg said on a Zoom call with analysts.

Zoom’s online video services helped businesses and schools operate remotely during the Covid-19 pandemic, but its growth has slowed as stay at home orders subsided. Zoom shares have fallen more than 54% so far this year, while the S&P 500 index is down 13% for the same period.