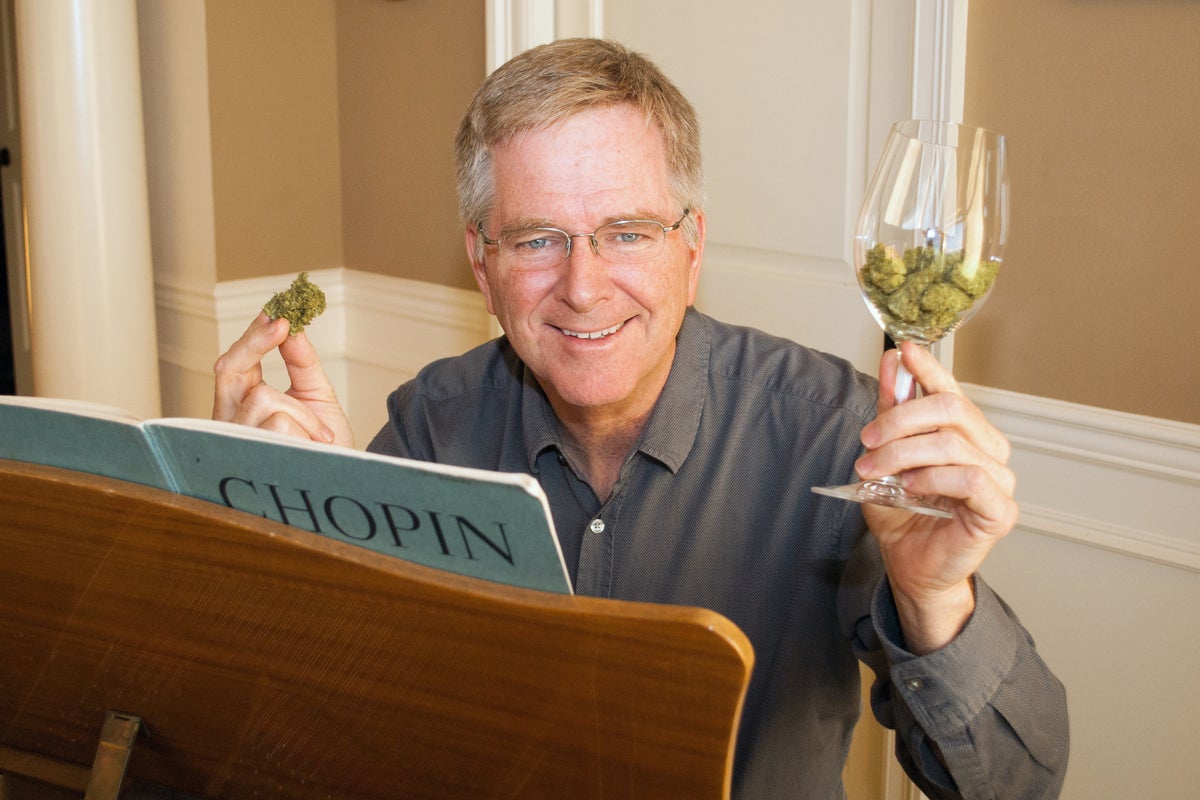 Rick Steves is typically known for his travel expertise, but since 2012, he has also been a vocal proponent for adult use cannabis legalization.

The host of “Rick Steves’ Europe” considers himself to be a different type of spokesperson — as opposed to, say, Snoop Dog or Tommy Chong — who can take the fear out of cannabis.

“I realized I’ve got something to offer because I’m a businessman, I’m a leader in my church and I’m not a counterculture kind of person,” Steves told Benzinga.

Bringing what he considers a European sensibility to the discussion, Steves believes harm reduction is the way, not incarceration.

Steves pointed towards the ill effects of opioids and the ongoing drug war, from disproportionate arrest rates to the cost of policing, all playing a factor.

“I think it just makes more sense to take the crime out of the equation and talk about it in terms of education and health,” he said.

This time around, the NORML board member is lending his voice to Arizona and New Jersey. He chose the two states on the same criteria he does every election cycle. “Every two years, I get on board to support laws that I would consider public health laws,” Steves said.

Factors in his decision include road safety, employee rights, and respecting citizens’ wishes who prefer not to take part, among others.

“Every year, we get smarter at how we do legalization,” he said. Unlike European markets, such as the Netherlands, where distribution and wholesale laws remain in a gray area, states have often done their part to create regulations that address the illicit market and provide tax revenue to the community.

Steves credited such laws for creating a lucrative marketplace where operators strive to remain compliant and carefully managed.

The key to keeping the illicit market in check is to ensure that taxes and other prices are never too high in the legal space, an issue that several states contend with, he explained.

While some states continue to lag, Steves is pleased with the market’s progress overall, including in Washington State.

“The laws are getting smarter, and I’m proud of the work we’re doing,” he said.

Legislative activity is taking shape on the state and national level, including the recent punting of the MORE Act vote until the post-election lame-duck session.

Politicians tend to be overly cautious, and fear the “soft on drugs” label, Steves says.

“I think they would rather not be on the record one way or another for something like the MORE Act before the election,” he said.

Nevertheless, Steves says momentum is in cannabis’ favor. With growing public support and increasing state revenues, he does not see lawmakers being able to backpedal on the issue much longer.

“We’re at the tipping point where now the federal government’s going to recognize it’s time for this prohibition to go,” Steves said.