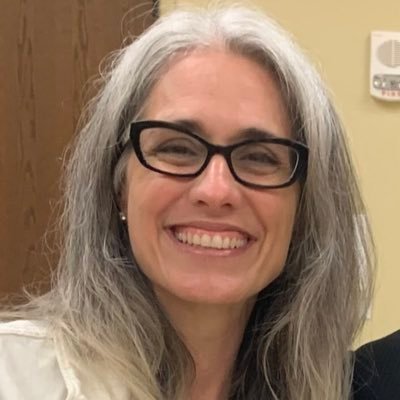 We are thrilled to announce that Evelyn Larrubia is joining The Post as investigative editor for technology and business, leading a team of reporters who deliver revelatory journalism about the influence of money and technology on our government and our world.

Evelyn brings years of experience editing accountability and investigative journalism, often built on creative analysis of original data. She joins us after three years as managing editor of investigations at the Markup, a nonprofit newsroom founded in 2018 to investigate how powerful institutions use technology to shape society. There, Evelyn built an investigative team that quickly produced groundbreaking work, including penetrating reports on self-dealing by Google and Amazon. The latter was honored last month with a Gerald Loeb Award for personal finance and consumer reporting, and Congress has cited both reports in its efforts to hold technology companies to account. Working with data reporter Emmanuel Martinez — who is now at The Post himself — Evelyn produced a report revealing bias in mortgage-approval algorithms that led to a historic multi-agency initiative to combat discrimination in mortgage lending. In addition to the Loeb, Evelyn’s team has received the National Association of Black Journalists’ Best Practices Award, the Society of Professional Journalists’ New America Award and two Edward R. Murrow national awards this year alone.

Before the Markup, Evelyn was executive editor of public radio’s “Marketplace” and led news and investigations at KPCC, the NPR news station in Los Angeles. She also spent a dozen years as a reporter for the Los Angeles Times, where she was part of a team that produced an award-winning series about the troubling rise of a for-profit industry around court-appointed guardianships for the elderly. She began her career in South Florida at the Miami Herald and the Sun-Sentinel, writing about crime, hurricanes and deadly cosmetic surgery; she also produced an investigative series about pawn shops that won a Livingston Award. In 2017, CCNMA: Latino Journalists of California named her Latina Journalist of the Year.

The child of Cuban exiles, Evelyn grew up in Miami and earned a bachelor’s degree in journalism from the University of South Florida. In 2010, she was a Knight Fellow at Stanford University. She will work initially from Los Angeles, where she spends her free time hiking the urban wilderness and checking in on her son, who expects to graduate from college in the spring

Please join us in welcoming Evelyn to The Post. Her first day is Nov. 28.