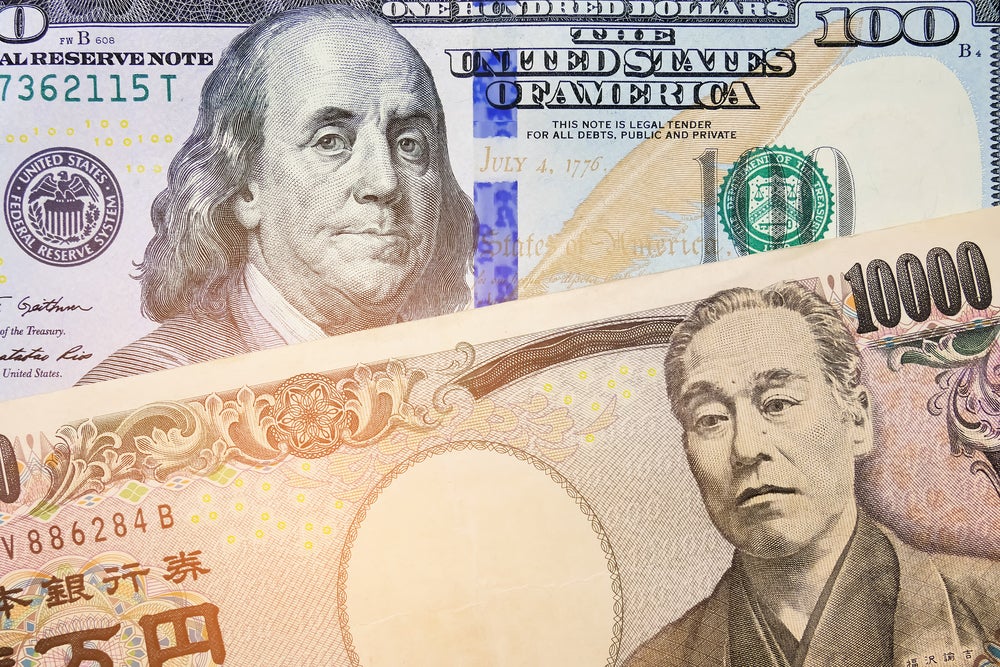 It’s one of the many effects of the rise in interest rates in the United States:

The Japanese yen has fallen to a 32-year low versus the dollar. The government in Tokyo will not allow its 10-year yield to rise above 0.25% — it’s a government finance policy mandate — so global investors avoid it in favor of the U.S. 10-year rate at 4%.

This has the effect of taking the dollar higher and the yen lower.

Currencies are continuously moving up and down against each other, but the magnitude of this drop in the yen is dramatic and concerning. Foreign exchange traders are well aware of the remarkable price action in this currency pair and so are Japanese officials.

See also: What Are Forex Indicators?

It requires little examination to notice how far the price has fallen from early this year to the present. That’s a drop from $82 to $62 — a decline of 24% in a relatively short period of time. After a brief rally in August that took these yen shares back above the 50-day moving average, the selling kicked back in and the price is steadily moving downward, away from that level.

This is the weekly price chart:

The change from the January 2021 peak of $92 to the current $62 amounts to a 33% loss in value for any investor who’s held on to the shares. The late 2021 crossover of the 50-week moving average to below the 200-week moving average is a bearish signal that has, so far, proved accurate. That the price is unable to stay out of the oversold” range in the relative strength indicator (below the price chart) is not a good sign.

It’s hard to see this kind of action changing much as long as Japan keeps its 10-year yield mandate at 0.25% and the U.S. 10-year yield keeps heading higher. Other factors are always involved, of course, but that’s the central issue right now in the yen/dollar relationship.

The Bank of Japan on Friday announced an emergency bond-buying program designed to stem the tide of the yen’s slippage.

Read next: Benzinga’s List Of The Top Forex Brokers

Not investment advice. For educational purposes only.