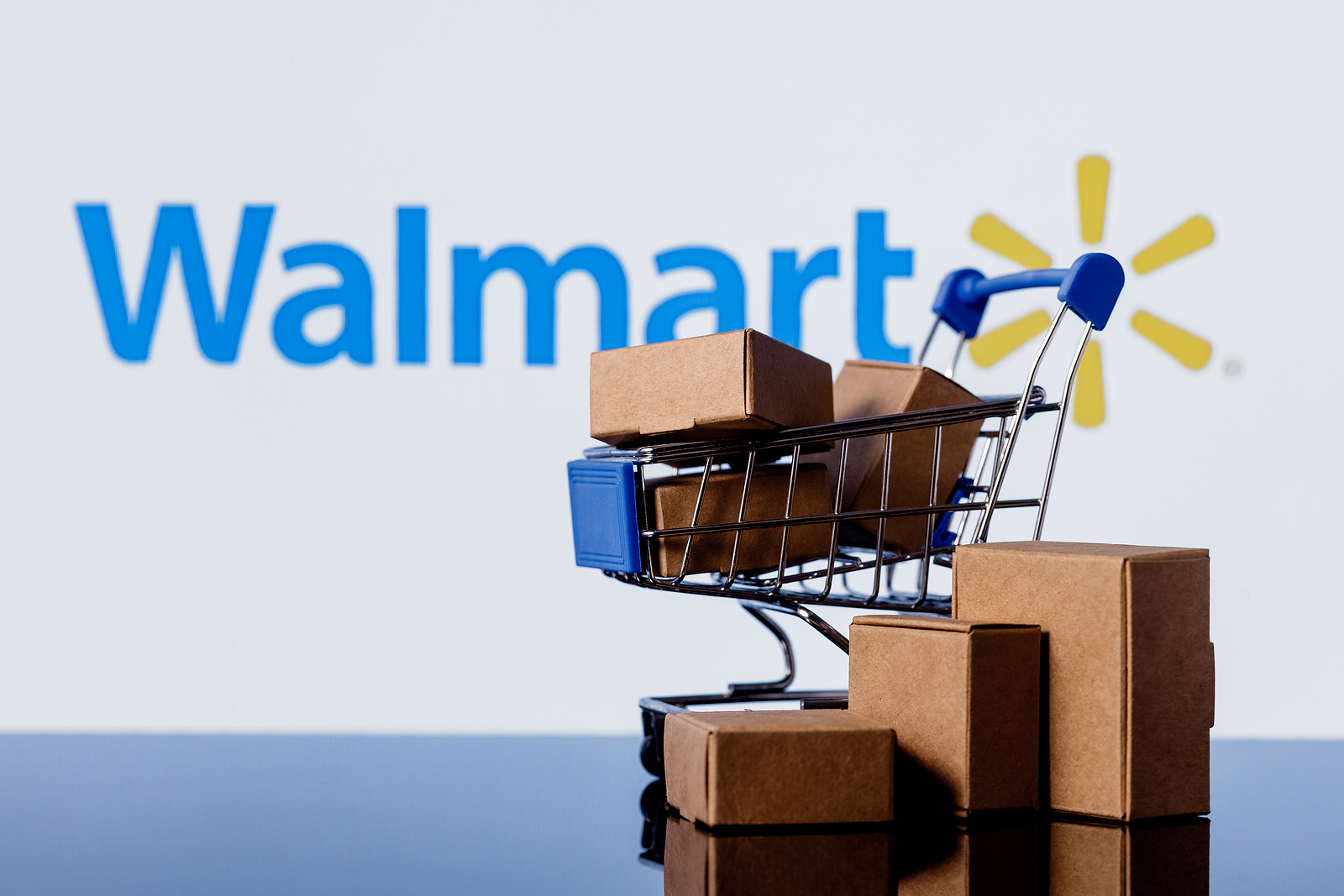 When Walmart Inc (NYSE:WMT) lowered its quarterly and full-year profit outlook late last month, it sent a shockwave through Wall Street, and sent a slew of analysts going after the big box retailer with bear notes. Now, Morgan Stanley is saying the firm’s warning might be overblown, noting a bounce in apparel sales from April and adding that its “aggressive markdown strategy is working.” The analyst reiterated its “buy” rating and $145 price target.

Morgan Stanley’s note comes just ahead of Walmart’s second-quarter earnings before the open on Tuesday, Aug. 16. Analysts are anticipating profits of $1.62 per share for the quarter. Looking back at Walmart’s last eight reports, the security has only enjoyed two positive next-day returns, compared to five post-earnings losses, and one flat session in August 2021. Regardless of direction, the equity have averaged a swing of 3.7% after these past eight sessions, which is slightly lower than the 4.7% move the options pits are pricing in this time around.

Speaking of, short-term options traders have been much more put-biased than usual ahead of Walmart’s earnings event. This is per the stock’s Schaeffer’s put/call open interest ratio (SOIR) of 0.85, which stands higher than 98% of readings from the past year.

Despite the rush of bear notes Walmart saw last month, analysts are still mostly optimistic. Of the 25 in coverage, 18 say “buy” or better. Meanwhile, the 12-month consensus price target of $142.29 is a 9.1% premium to current levels.

Today, shares of Walmart are slightly higher, last seen up 0.5% at $130.48. While it’s still a ways off from its April 21 record high of $160.77, the security staged a notable rebound off its aforementioned late-July plummet, and enjoyed a more recent bounce off the 40-day moving average. Year-over-year, WMT is down 9.8%. 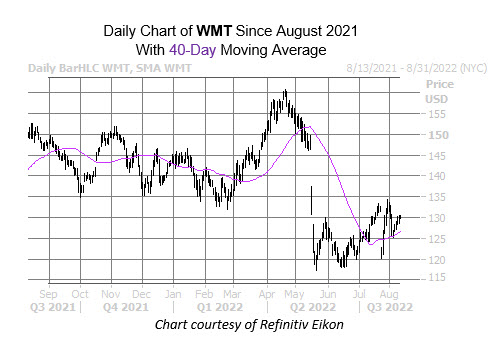