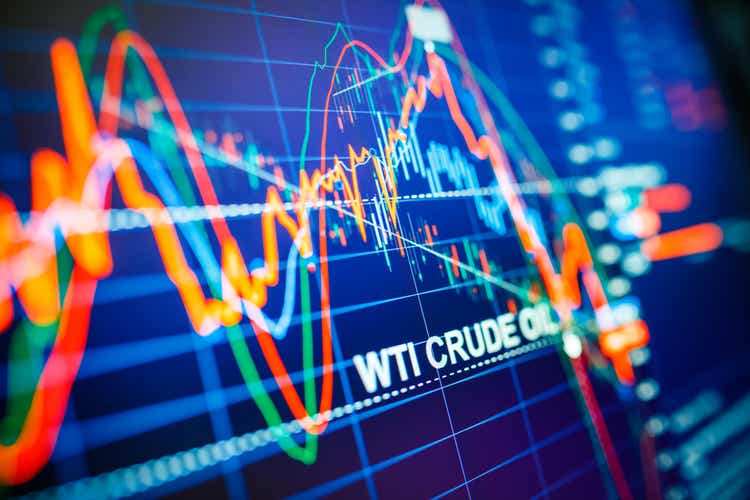 Crude oil finished its biggest weekly decline since early April, with prices sliding near their lowest levels in six months on signs that a global economic slowdown is weighing on demand.

While oil prices fell, energy equities posted their poorest showing since mid-June, with the S&P 500 Energy Index declining 6.8% for the week.

“Traders are becoming much less concerned with the supply issues related to the Russia-Ukraine war and instead are beginning to watch demand metrics deteriorate amid a considerable uptick in recession calls,” according to Sevens Report Research.

Gasoline demand in the U.S. is now 9% below year-ago levels and even lower than the pandemic summer 2020, so “it is clear that prices above $100/bbl are not sustainable,” Sevens said.

Recession fears intensified Thursday as the Bank of England raised interest rates by 50 basis points, the most since 1995, and warned of a lengthy recession in the U.K.

OPEC’s latest meeting barely created a ripple when the group agreed this week to raise its oil production goal by 100K bbl/day in September, one of its smallest-ever increases.

But crude bounced off their lows Friday after data showed the U.S. economy added 528K jobs in July, more than double the consensus estimate.