The Fed Panicked When The Job Market Had Already Cooled; Here’s The Proof 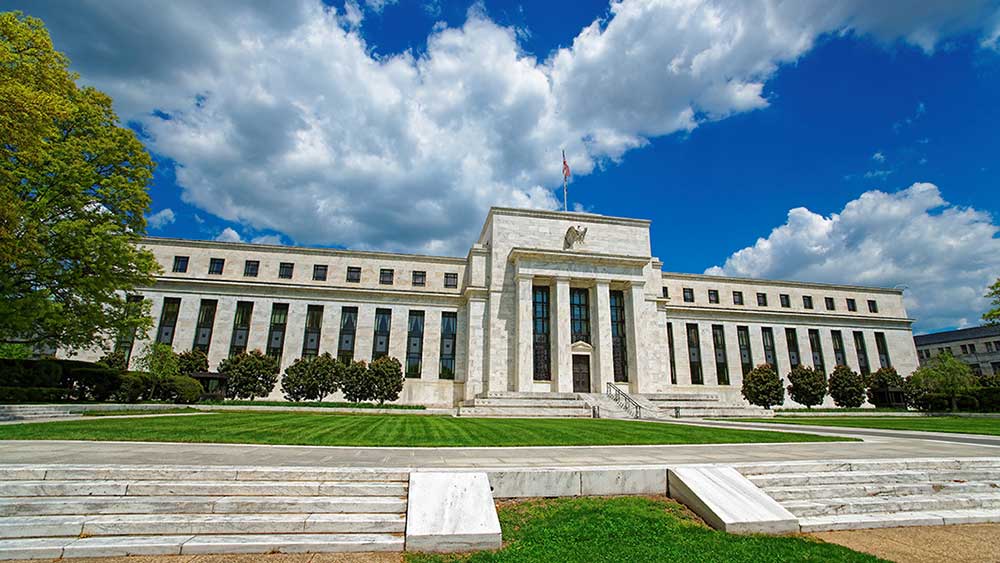 Crashing currencies, soaring Treasury yields and a fresh bear-market low for the S&P 500 may have some investors wondering if the Federal Reserve is overdoing its tightening of monetary policy. Now there’s more reason to question whether the Fed has erred in unleashing so much force to try and stop a runaway job market as it battles inflation. Incoming tax data from the Treasury Department suggests the job market may be a lot weaker than the Fed thinks.


An IBD analysis of daily Treasury statements shows that total withheld federal income and employment taxes rose just 2.7% from a year ago (to $224.46 billion) in the four weeks through Sept. 23. That’s a stunningly low growth rate considering that Labor Department data shows wages running more than 5% above year-ago levels and an addition of 5.8 million jobs, up 4% from a year ago.

Over the past 10 weeks, withheld taxes have climbed a more respectable 4.5% from a year ago. But that’s still nowhere near the reported 10% growth rate for total wage and salary income, according to Commerce Department July data, the latest available. Similarly, Labor Department data shows aggregate wage income rising 9.4% from a year ago in August.

The weak growth of federal withheld taxes suggests that those reported income gains may be overstated. That means the consumer likely has less spending power than widely believed. The tax data also appears to corroborate other statistical evidence casting doubt on the strength of the job market.

Comparing the growth rate of tax withholdings and aggregate wages isn’t exactly an apples-to-apples comparison. The taxes also cover incentive pay, and not all labor income is taxed at the same rate.

To some extent, it’s not surprising that the growth rate of tax withholdings this year should trail wage growth. That’s because 2021 tax data is inflated somewhat by bonus pay and employees exercising stock options near the top of a historic bull market.

At the same time, a shift in income gains toward workers who pay lower marginal tax rates also may be holding down the growth of tax receipts, Mark Booth has noted on his Tax Tracking blog.

That means this year’s slow growth in tax withholdings relative to 2021 levels doesn’t, by itself, make for an open-and-shut case that job growth is overstated.

However, a comparison to tax data in 2019 seems to confirm that this year’s job and income gains aren’t as strong as reported. This year’s reported wage and job growth tower over the 3% wage growth trend and 120,000 monthly gain in jobs from late spring to early fall in 2019. That strength is reflected in an acceleration of this year’s wage income vs. 2019 from 20% growth in March to 23% in July, Commerce Department data shows.

If this year’s job growth was as strong as reported, tax withholdings vs. 2019 should also show accelerating growth. But they don’t, holding right around 20% and actually decelerating slightly over the past five weeks.

The monthly employment report’s headline job figures, which come from a midmonth employer survey, show that the U.S. economy has added 1.9 million jobs over the past five months. However, the household survey, on which the unemployment rate is based, shows the ranks of workers rising by just 274,000 since March. Meanwhile, the number of people with full-time work has fallen by 383,000 over the same period.

Why might government jobs reports exaggerate job growth? Inaccurate seasonal adjustment is one possible factor. Take the August jobs report. Government data showed the private sector adding 308,000 jobs adjusted for seasonality, but just 57,000 on an unadjusted basis. The weird thing is that the 251,000 boost from the seasonal adjustment was nearly 200,000 more than in 2018 or 2019.

Over the past five months, seasonal adjustment factors added a total of 364,000 private-sector jobs compared to the average adjustment in 2018, 2019 and 2021.

Adjustment for the birth of new firms and death of no-longer-viable ones also could be well off the mark. The adjustment has added 418,000 jobs to the seasonally unadjusted job total over the past two months. That’s 110,000 more than the average birth/death adjustment over the same period in 2018, 2019 and 2021.

The birth/death adjustment mostly reflects past trends. Labor Department statisticians don’t attempt to take current economic conditions into account. But those conditions are hardly ideal, with interest rates surging amid the most aggressive Fed tightening cycle since the early 1980s.

Wednesday’s reversal by the Bank of England, which said it would buy bonds on “whatever scale is necessary” to relieve financial market dislocations, helped ignite a stock market rally for a day, at least.

But the move highlights how the Federal Reserve’s aggressive tightening has put other global central banks under enormous pressure. It may take a shift from the Fed to really provide relief. Probably the best news in the near term would be an unexpectedly soft September jobs report on Oct. 7. That might indicate it will take somewhat less drastic action and somewhat lower interest rates from the Fed to rebalance the job market.

Be sure to read IBD’s daily afternoon The Big Picture column to stay on top of the prevailing market trend and what it means for your trading decisions.

How To Spot A Stock Market Bottom