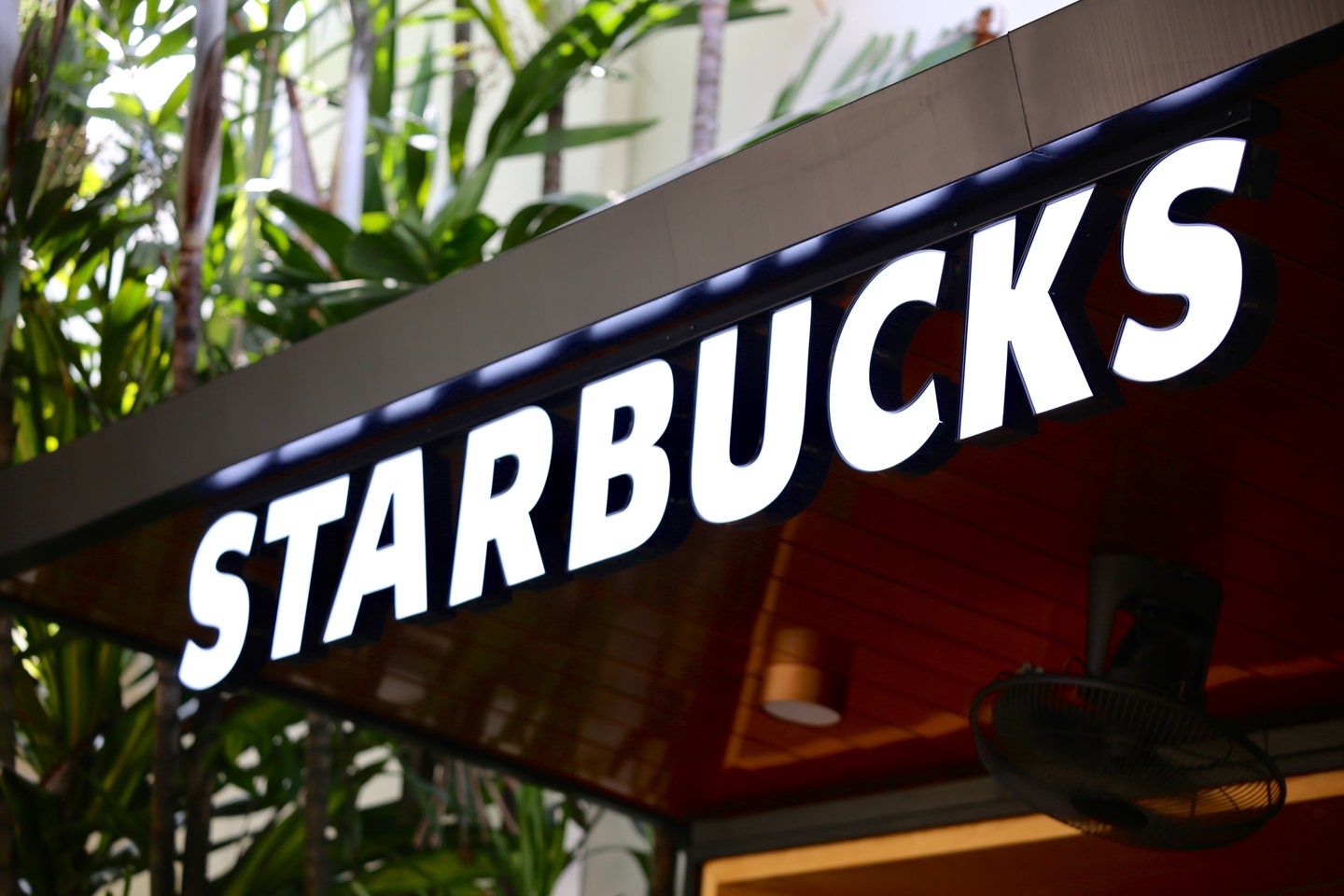 The security is eyeing its best day since May

Starbucks Corporation (NASDAQ:SBUX) is surging this afternoon, last seen up 5.3% to at $92.51, after the coffee chain yesterday hiked its long-term forecast. The company added that it expects to see 5% to 20% annual growth for earnings and revenue in the next three years, amid a business reinvention and CEO change. In response, the security received four price-target hikes earlier, including one from J.P. Morgan Securities to $100 from $96.

Options traders are chiming in as well, with 99,000 calls and 64,000 puts traded so far, four times the volume that’s typically seen at this point. The most popular contract is the September 94 call, followed by the 92.50 call in the same monthly series, with new positions being opened at both. This means investors are betting on more upside for SBUX by the time these contracts expire at the close on Friday.

Shares are today pacing for their best single-day percentage gain since May 13, and earlier surged to their highest level since March. The 60-day moving average is guiding Starbucks stock higher, despite a long-term ceiling at the $94 level. Within the past three months the equity has added 24.5%. 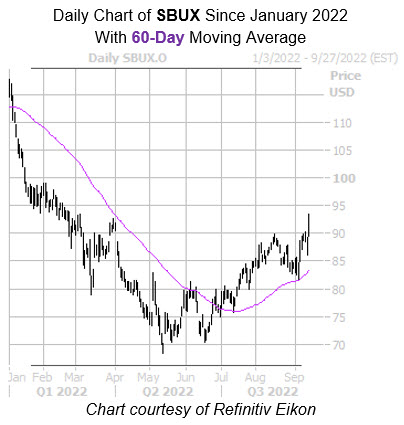