Some spirits drinkers are starting to trade down, Beam Suntory says 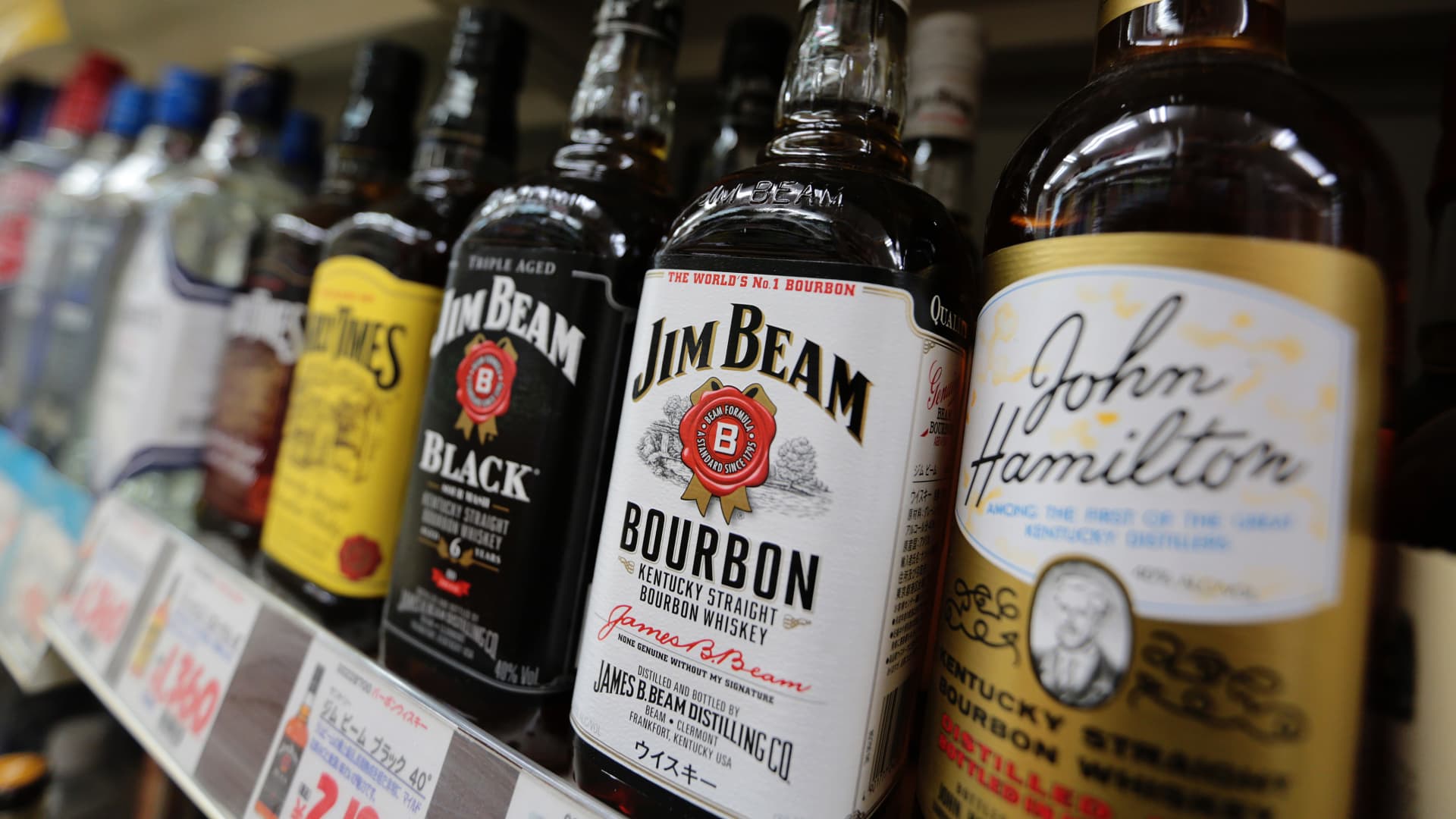 The maker of Jim Beam said some price-sensitive whiskey and tequila drinkers are opting for cheaper bottles, making it the latest company to note diverging behaviors among lower- and higher-income customers.

Beam Suntory CEO Albert Baladi told CNBC that the spirits company is starting to see “a little bit of tempering” of the super premium and ultra-super premium categories.

Still, the company said its financial results weren’t dented much by the shift in behavior, since many consumers are still grabbing high-end tequila and other spirits. In recent years, Beam Suntory has shifted its portfolio toward more expensive spirits, upgrading to brands like Knob Creek bourbon and Bowmore Scotch whisky.

It’s the latest company to report signs of a split among its customers amid soaring inflation and recessionary fears. Executives have said lower-income consumers are cutting back their spending, while higher-income shoppers keep buying pricy restaurant meals, airline tickets and cars. Molson Coors, for example, said it saw increased demand for both its higher-end Blue Moon and Peroni and more value-oriented Miller High Life and Keystone Light beers.

For the first half of 2022, the Jim Beam owner reported global net sales growth of 13%, fueled by strong growth markets including the United States, Spain, Australia and India. Because the company is privately owned, it isn’t required to disclose its financial results like many of its publicly traded competitors.

The company said sales growth was more than double that of case volume growth, fueled by its pricier higher-end bottles. Baladi said the company raised prices last year and this year, and some brands even hiked their prices twice already in 2022, depending on the market and the strength of the category. But he estimates that the increases were still lower than overall inflation levels.

“It’s something that’s likely to stay with us as consumers cut down on large expenses,” Baladi said. “They’re likely to want to treat themselves with little daily luxuries.”

Besides price sensitivity, Beam Suntory also saw differences across geographic regions. The company said Spain’s strong tourism this year drove growth at bars and restaurants for its spirits. But demand in Poland and Germany weakened, fueled by soaring inflation and wobbly consumer sentiment, both of which it attributed to the war in Ukraine.

In early March, Beam Suntory suspended shipments to Russia as a result of the Kremlin’s invasion of Ukraine and instead distributed many of those bottles to other European markets. Last month, the company announced it will exit the country entirely, selling its joint venture with Edrington to the local management team.