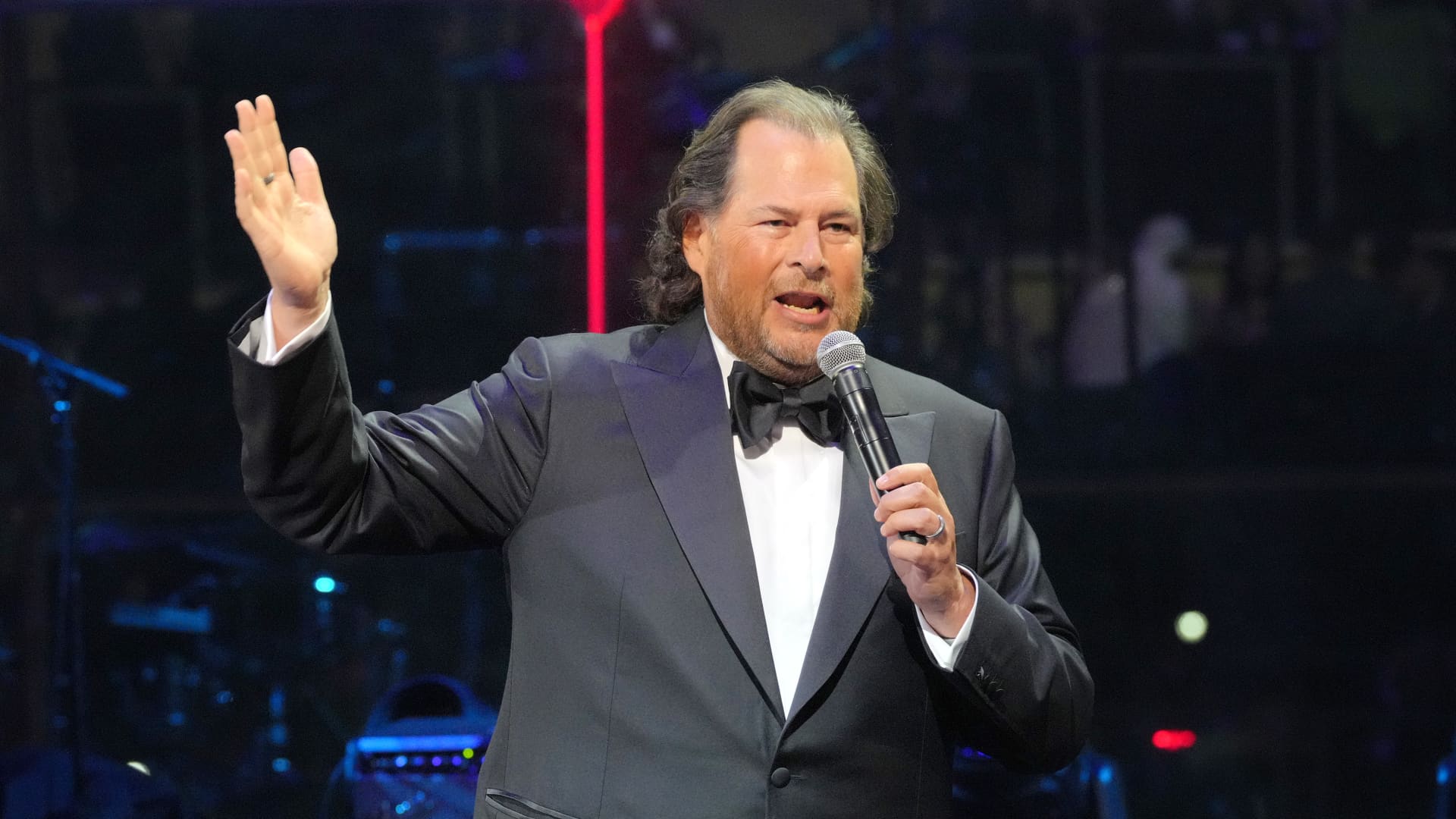 Salesforce reported earnings and revenue that topped analysts’ estimates but gave a disappointing forecast for fiscal 2023. The stock slid in extended trading on Wednesday.

The company said its board approved a $10 billion stock buyback program, the first ever for Salesforce.

Here’s how the company did:

Revenue rose 22% from a year earlier in the quarter, which ended July 31, according to a statement. Net income of $68 million was down from $535 million in the year-ago quarter, when the company notched a big gain on investments.

For the fiscal third quarter, Salesforce called for adjusted earnings of $1.20 to $1.21 per share on $7.82 billion to $7.83 billion in revenue. Analysts polled by Refinitiv had been looking for $1.29 in adjusted earnings per share on $8.07 billion in revenue. The revenue guidance would have been $250 million higher were it not for the impact of exchange rates, Salesforce said.

Co-CEO Bret Taylor said in the statement that the company was witnessing a “more measured buying environment.”

The company’s service subscription and support revenue totaled $1.83 billion in the quarter, up 14% year over year. Revenue in the sales category, which includes Salesforce’s longstanding Sales Cloud software for managing business opportunities, increased by almost 15% to $1.7 billion. The company’s Platform and Other category that includes Slack did $1.48 billion in revenue, up 53%.

In the latest quarter, Salesforce announced the availability of new marketing and commerce tools, and it acquired Troops.ai, a startup that developed a Slack chatbot that salespeople can use to update customer-relationship management software. Salesforce, which closed the nearly $28 billion Slack acquisition last year, said it would increase the price of the chat offering for the first time since the app launched in 2014. The company reiterated its expectations for $1.5 billion in Slack revenue during the full fiscal year.

Before the after-hours move, Salesforce shares were down about 29% so far this year, compared with a nearly 13% decline for the S&P 500 U.S.

Executives will discuss the results with analysts on a conference call starting at 5 p.m. ET.