Powell Comments in Focus All Week Before Friday Selloff 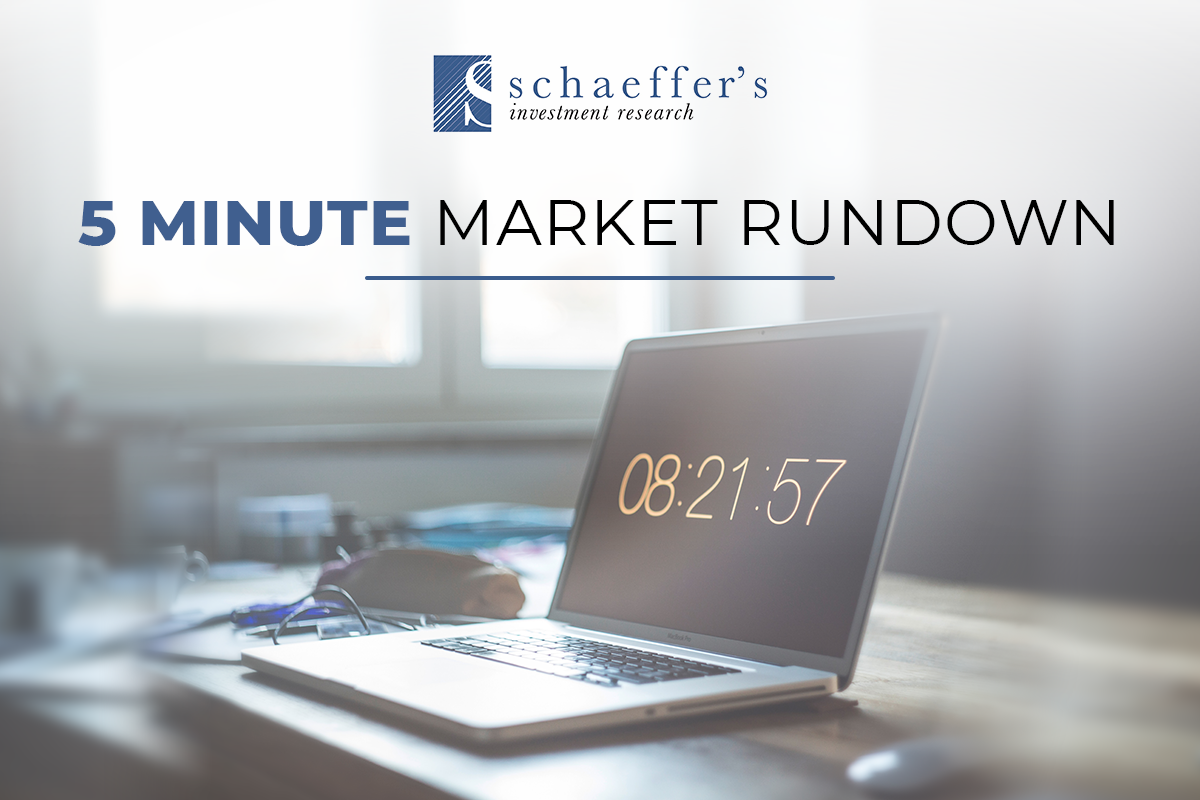 Wall Street spent the entirety of this week anxiously awaiting Friday’s comments from Federal Reserve Chairman Jerome Powell at the Jackson Hole symposium. To start, the market extended last week’s selloff on Monday, with the major benchmarks logging their worst days since June. The rocky week continued from there, though the benchmarks snapped their three-day losing streaks on Wednesday and extended their gains into Thursday. At midday on Friday, however, the Dow Jones Industrial Average (DJI) is down over 700 points, while the S&P 500 Index (SPX) and Nasdaq Composite (IXIC) sink into the red as well, as Wall Street unpacks Powell’s warning of rate hikes as well as a flood of economic data. For the week, the indexes are on track for their second-straight weekly losses.

Amazon.com (AMZN) made plenty of moves this week, giving several stocks a boost in the process and providing plenty of content for options traders to consider. Signify Health (SGFY) blasted higher at the start of the week, after reports that Amazon.com, CVS Health (CVS), and UnitedHealth Group (UNH) are all bidders for the home health services name. Peloton Interactive (PTON) stock soared on Wednesday, after news that company said it will sell some of its equipment and accessories through Amazon.com.

Plug Power (PLUG) stock got a lift the following day, after word that the hydrogen fuel cell provider made a deal to supply Amazon with green liquid hydrogen for some of its its transportation and building operations. Meanwhile, Teladoc Health (TDOC) was one of many in its sector that was elevated after Amazon announced it would be shutting down its in-house telehealth service for employees. Meanwhile, Electronic Arts (EA) rose on Friday due to an unconfirmed report that Amazon was interested in acquiring the popular gaming name.

Other Headlines This Week

On the Docket for Next Week

The first week of September will bring plenty of economic data, as well as a slew of earnings reports. Manufacturing data will highlight the week, while several Federal Reserve officials will be offering remarks on the state of the economy. In the meantime, as Friday was Gender Equality day, see what several industry experts have to say about their experiences as women in finance.