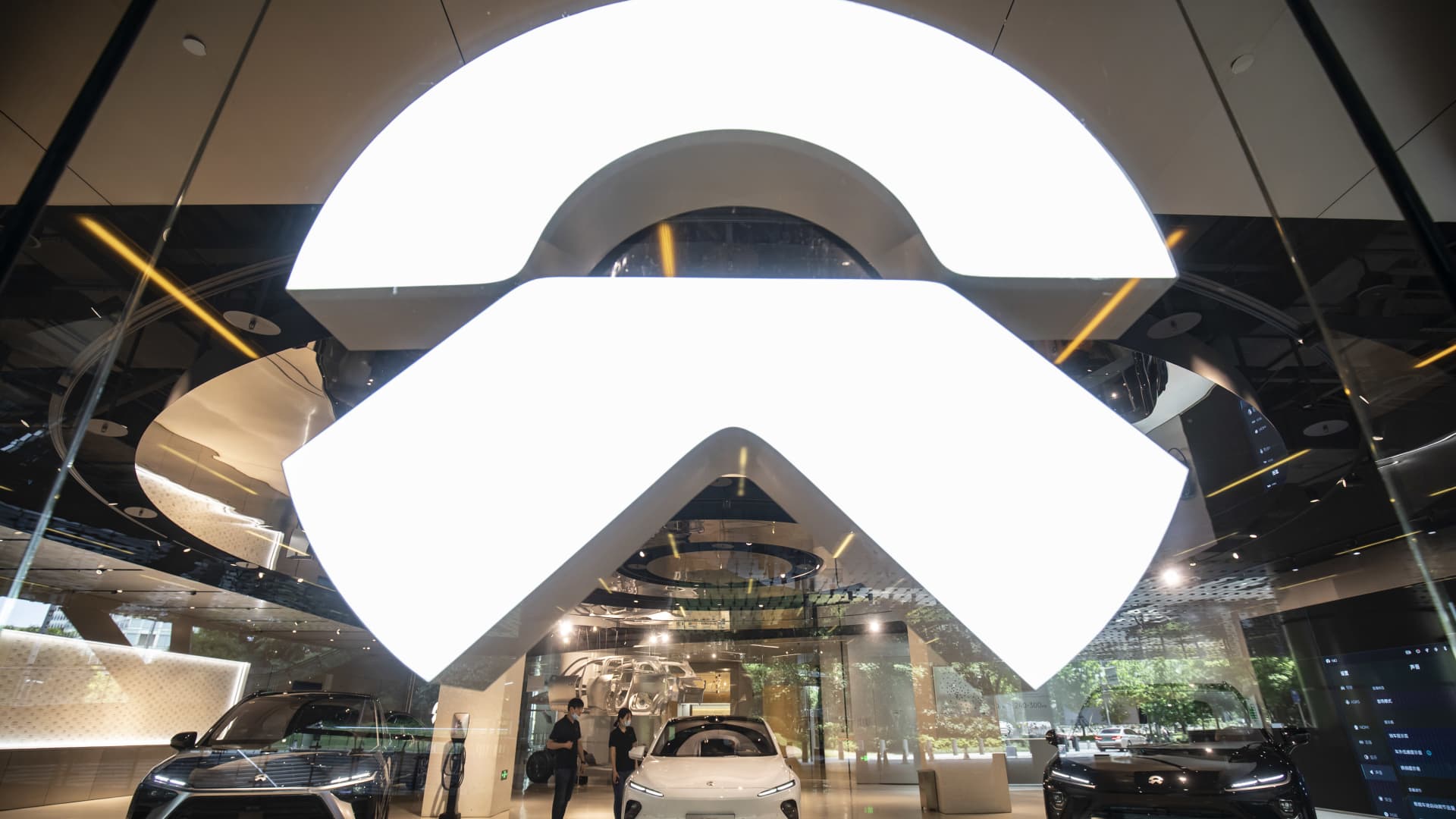 Employees stand next to a ET7 sedan at a NIO Inc. dealership in Shanghai, China, on Wednesday, June 8, 2022.

Here are the key numbers from Nio’s second-quarter earnings report.

The company’s gross margin for the period was 13.0%, significantly lower than the 14.6% gross margin it reported last quarter and the 18.6% it saw in the second quarter of last year.

Nio’s shares were down nearly 6% in premarket trading on Wednesday as investors digested the report.

The company was affected by “cost volatilities” as it and its suppliers scrambled to keep production running through Covid shutdowns in April and May, Chief Financial Officer Steven Wei Fang said in a statement.

Those cost pressures, plus increased spending on its recharging and service networks, dented Nio’s gross margin.

The company previously announced it delivered 25,059 vehicles in the second quarter, slightly fewer than in the first quarter but above its own guidance.

The company was only able to deliver about 12,000 vehicles in April and May combined as Covid shutdowns hampered its production and supply lines. But it said in May that it expected improvements in June, and guided to deliveries between 23,000 and 25,000 vehicles for the quarter.

The company delivered 21,896 vehicles during the second quarter last year.

CEO William Bin Li said in a statement Wednesday that the second half of 2022 is a “critical period” for the company. Deliveries of Nio’s new SUV, the ET7, hit full speed last month, he said, and production of the new ET5 sedan is on track to begin at the end of September.

With production back to full speed, Nio expects to deliver between 31,000 and 33,000 vehicles in the third quarter and to generate revenue between $1.9 billion and $2 billion in the period.