Netflix Adds Disclaimer That One Show Is Fictional: Here’s The Show And Why – Netflix (NASDAQ:NFLX) 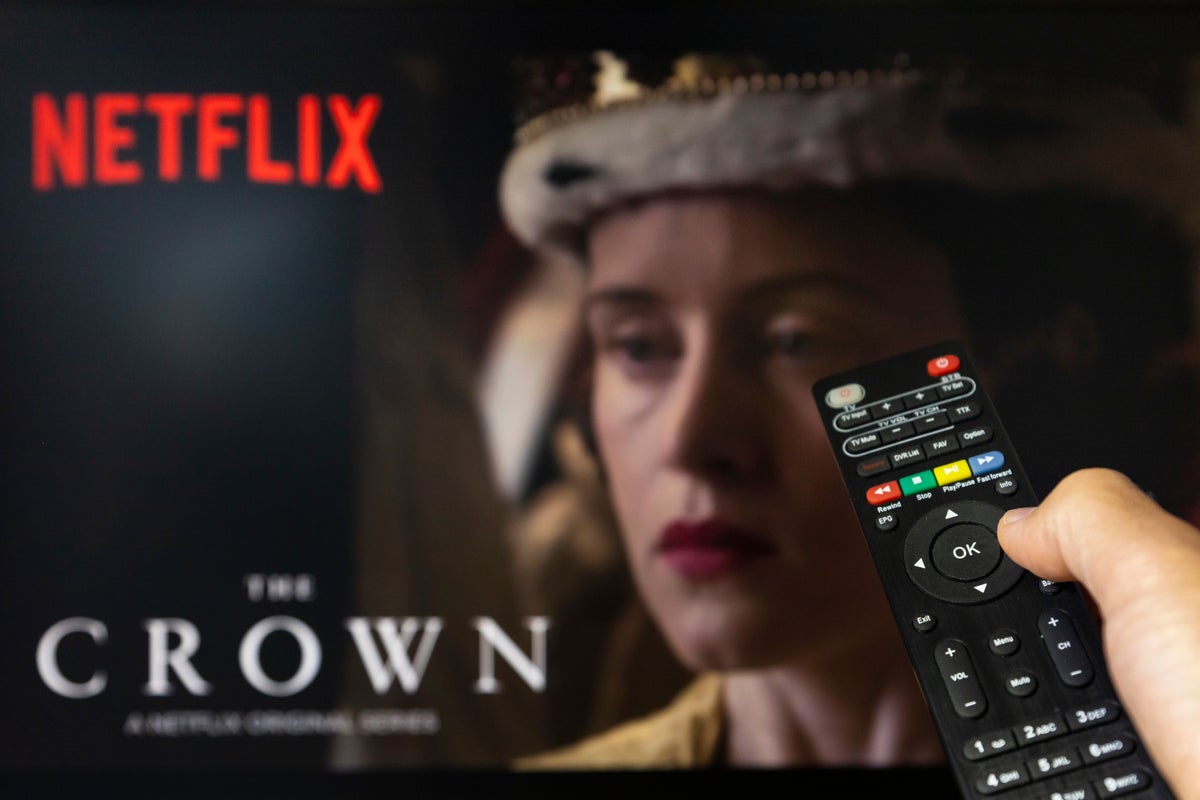 Streaming giant Netflix Inc NFLX has thousands of movies and television shows on its platform. Some of the shows are fiction and others are nonfiction. One series that is biographical in nature has caused some controversy on how true of a depiction it makes.

What Happened: Since 2016, “The Crown” has aired on Netflix and highlighted a look at the life of Queen Elizabeth II.

With a fifth season of the hit show about to hit the streaming platform and coming months after Elizabeth died, Netflix has now added a warning to the show that it is indeed fiction.

“Inspired by real events, this fictional dramatization tells the story of Queen Elizabeth II and the political and personal events that shaped her reign,” a disclaimer says on the season 5 trailer for “The Crown.”

Deadline reports there was no disclaimer for previous seasons of the show, which is a co-production of Netflix and Sony Group Corp SONY.

Several groups have pushed for a “health warning” that should be played before episodes and in trailers to warn that the series is a work of fiction. The trailer does not include the disclaimer, only the description.

Netflix credits the show as a work of fiction on its platform and in press materials.

“The Crown has always been presented as a drama based on historical events,” a Netflix spokeswoman told Deadline.

Actress Judi Dench publicly criticized the show and said it is “crude sensationalism.”

Related Link: Viewership For ‘The Crown’ Surges After Queen Elizabeth’s Death, What’s Next For The Emmy-Award Winning Series

Why It’s Important: Season five of “The Crown” will air on Netflix beginning on Nov. 9, 2022. The series could see an uptick in viewership due to the interest in the Royal Family after Elizabeth’s death.

Season five features a heavy storyline revolving around the relationship between Princess Diana and Prince Charles. The show’s portrayal of their relationship and of Diana after the very public divorce could prove controversial.

The series will air a fifth and a sixth season. Filming for season six was temporarily paused due to the queen’s death. Season six, which will feature the death of Diana, could also prove controversial and see strong viewer interest.

Seasons one and two of “The Crown” surged back into the top 10 most-watched English-language shows on Netflix for weeks after Queen Elizabeth’s death.

The new season of the show could turn in one of the best viewership figures in the show’s history based on recent events and potential controversy, two things that can often boost interest in series.