Investors react to bear market in June as managed funds across all asset types see outflows, except Australia-focused equity funds 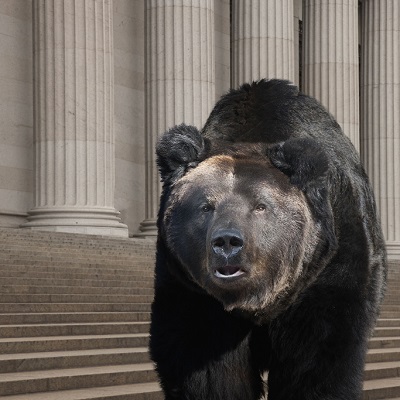 Across all asset classes, Q2 outflows of A$2.05bn were the largest on Calastone’s FFI record

Across all asset classes, Australian investors withdrew A$2.05 billion from managed funds in the second quarter, the worst quarterly figure since at least 2019, when Calastone’s Fund Flow Index record began. Unlike investors in other parts of the world, Australians have also turned negative on property funds. They withdrew A$169m in the second quarter, the first negative quarterly reading on Calastone’s Fund Flow Index record.

Teresa Walker, Managing Director of Australia and New Zealand at Calastone said, “Signs of optimism are scarce as the global bear market shreds investor sentiment. June was the first time we have seen investors withdraw capital from every equity category (except Australian) and every asset class.

“The relative resilience of Australian equities reflects the commodity and banking bias on the market. The Australian stock market is one of the highest yielding in the world and that has proven a big draw in times of rising inflation and interest rates. Nevertheless, even appetite for Australian equity funds waned substantially in May and June. As fears of a global recession have grown, equities everywhere have seen a further convulsion of risk aversion. Commodity prices have fallen sharply too and that takes the shine off the Australian market even for domestic investors.

“Outflows from infrastructure funds and property are harder to explain. Infrastructure investments often come with inflation protection built into long-term contracts, making them attractive in today’s environment. Property is an asset-backed income investment that also has some defensive characteristics. Property is, of course, not immune. Capital values are sensitive to rising interest rates and a severe recession would inevitably lead to stress among tenants in more cyclically exposed segments like retail or offices, in contrast to more stable segments like healthcare. Finding funds with the right mix of holdings, particularly those with desirable properties that have pricing power, is therefore an important consideration for investors.”

Fixed income funds in particular are out of favour. What began as a trickle in March accelerated each month to reach a flood by June, marking the first time on Calastone’s Fund Flow Index record investors had withdrawn capital from fixed income funds for four consecutive months. Net outflows totalled A$1.52 billion in the second quarter, of which A$984 million was in June alone. The outflows were driven by a sharp increase in selling activity (rather than a simple buyers’ strike) as investors actively fled the asset class – the level of purchases remained roughly flat compared to Q1. Calastone’s Fund Flow Index (FFI): Bonds fell to 43.8 in Q2, the lowest on Calastone’s Fund Flow Index record, meaning that the value of sell orders were 1.3x higher than buy orders.