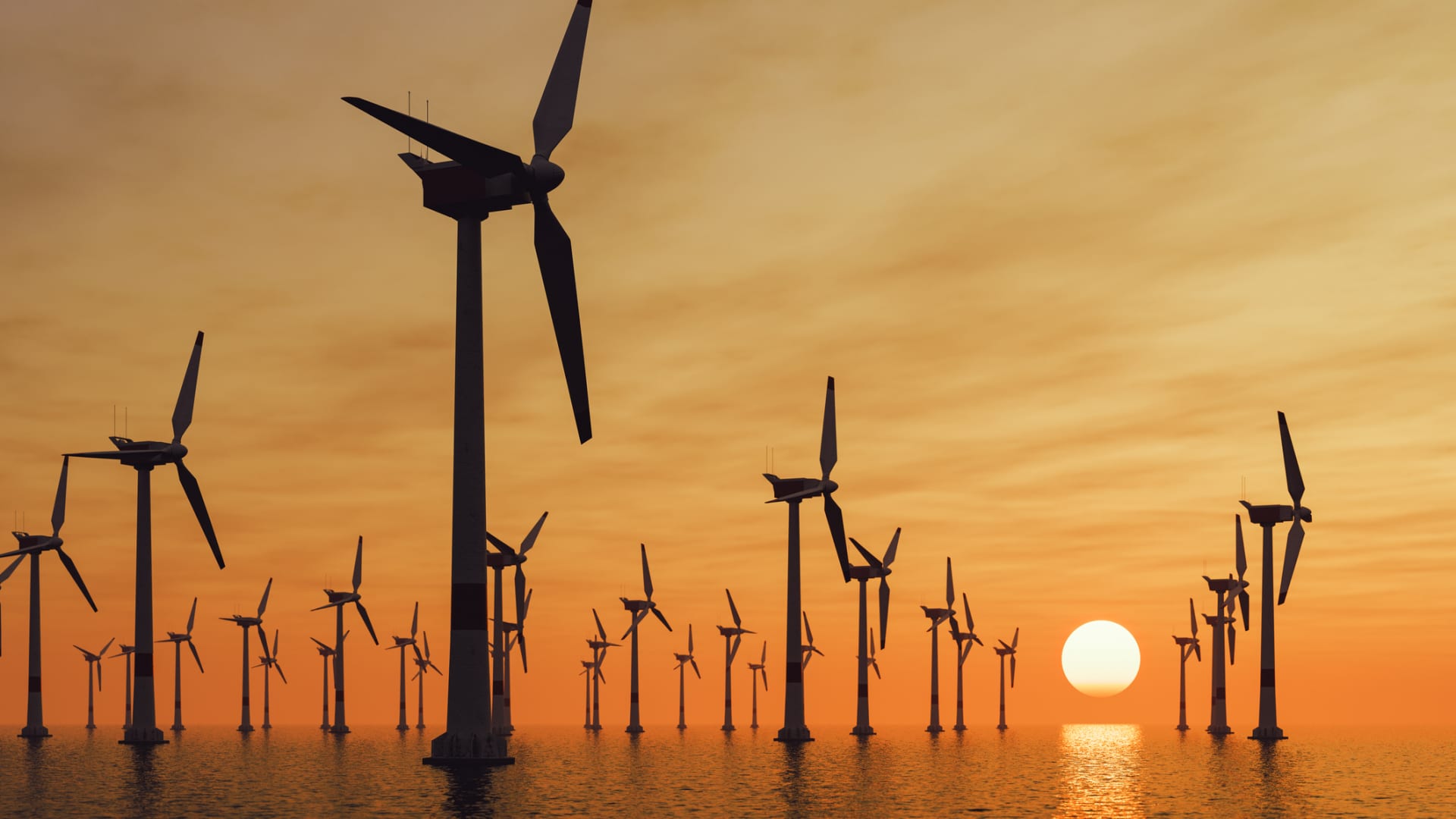 The expansion of renewables comes at a time when concerns about the speed of the planet’s shift away from fossil fuels have been heightened following Russia’s invasion of Ukraine.

There’s been a surge of interest in green energy funds as President Joe Biden prepares to sign a bill allocating $369 billion for climate and energy funding.

This month, investors have already poured $425.5 million into U.S. renewable energy exchange-traded funds through Aug. 12, compared with $112.8 million in July, according to estimates from Morningstar Direct.

The Inflation Reduction Act, passed by the House on Friday, includes funding for manufacturing, research and development, preserving natural resources and more, including individual tax incentives. The bill aims to cut U.S. carbon emissions by about 40% by 2030.

“This is something that’s going to create a lot of investment and makes the economics of a lot of clean energy technologies better,” Dan Pickering, chief investment officer of Pickering Energy Partners told CNBC’s “Worldwide Exchange” on Monday.

Green energy funds also got a boost in March as Russia’s war on Ukraine renewed interest in energy security following months of investors leaving the space.

Still, experts say there are important things to consider before piling into these assets.

‘The landscape has changed dramatically this year’

The renewable energy investing process may begin similarly to investing in other assets, McGlothlin said. Typically, he speaks with clients about their goals, investing timeline and risk tolerance.

Green energy allocations generally start around 5% of the portfolio, depending on the investor’s preferences, he said. However, allocations may shift significantly higher when there’s a “separate bucket of money” the client doesn’t rely on for retirement, McGlothlin said.

“After that, there’s still a lot of pretty fine slicing and dicing that we can do,” he said.

There are options for broad market exposure, which may move more like the rest of your portfolio, or opportunities to focus on a specific part of the green energy space, such as solar, wind and others.

Of course, individual stocks or more narrow niches within the green energy space can be volatile.

Generally, the “more tailored and specific” you get, the more volatility you’re likely to see. And with the industry in flux, it may be difficult to pick winners for the long term, McGlothlin said.

“What looks like a home run today may not work out tomorrow,” he said, pointing to changing regulations, technology and consumer preferences.

Regardless of which renewable funds you choose, you’ll want to review those assets periodically to be sure the allocation still aligns with your goals.

“The landscape has changed dramatically this year,” he added.