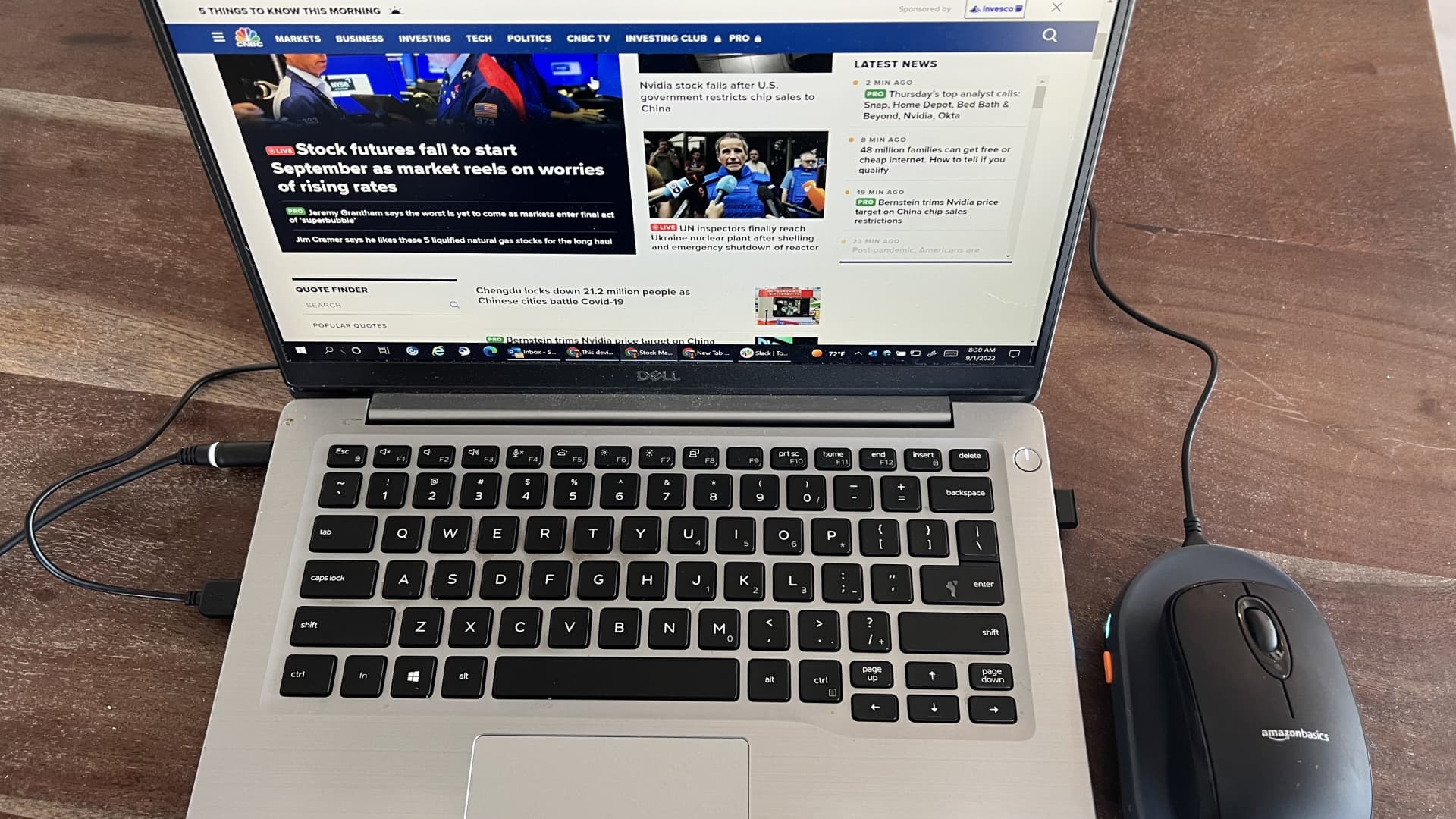 Employers are monitoring productivity more than ever, in part thanks to the boom in remote work.

Employees are turning to gadgets to outsmart monitoring software. One such tool is a mouse mover, or mouse jiggler, that’s supposed to keep your screen on. I decided to give one a try to see if it works.

I learned about mouse jigglers on TikTok. A mouse mover is a device that claims to be undetectable by your computer. As the name indicates, the device simulates mouse movement, preventing your computer from going into sleep mode.

So-called “tattleware,” or surveillance software is being installed on company-issued devices to track employee screen time, keyboard usage, and clicks. The mouse jiggler may not help with keyboard usage or clicks, but it should address screen time monitoring by keeping your computer’s display on.

Here’s how a mouse jiggler works.

How to use a mouse jiggler to keep your computer from going to sleep.

I ordered a $30 Vaydeer Mouse Jiggler off Amazon and tested it out for a day.

It took less than a minute to set up. You simply plug the power cord into the USB port on your computer, or attach it to the power brick and plug it into the wall. Use the wall for power if you’re paranoid. You probably don’t want to plug any type of device that helps you avoid work directly into a work-owned computer, especially since USB ports open up a whole host of security concerns, too.

There’s an orange power button on the left side that you can press to turn it on and off. A turntable moves when it’s on. That’s where you place the mouse’s sensor. Once your mouse is in the right position, you’ll begin to see the cursor on your screen move very slowly, keeping your monitor from going to sleep.

That’s pretty much all there is to it. Once your mouse is on the jiggler you can get up, make lunch, do whatever you need, and your computer won’t go to sleep.

It won’t make you more productive, of course, but it may trick some surveillance software into thinking you’re still working, at least if that software is checking to see if your computer is active.

Employer transparency is the real answer

We shouldn’t need these gadgets in the first place, though.

I was surprised to learn employer surveillance is more common than I thought. A recent examination by the New York Times found that 80% of the 10 largest private U.S. employers track the productivity metrics of individual workers.

And secretly monitoring employees makes them more likely to the very break rules these systems are trying to deter, according to a recent study by Harvard Business Review.

Transparency is key to keeping worker morale up. Instead of monitoring employees, explaining the scope and purpose of monitoring can boost employees’ acceptance of the practice by about 70%, according to a recent study by Gartner, a management consultant company.