How dating expert Damona Hoffman handles her relationship with money 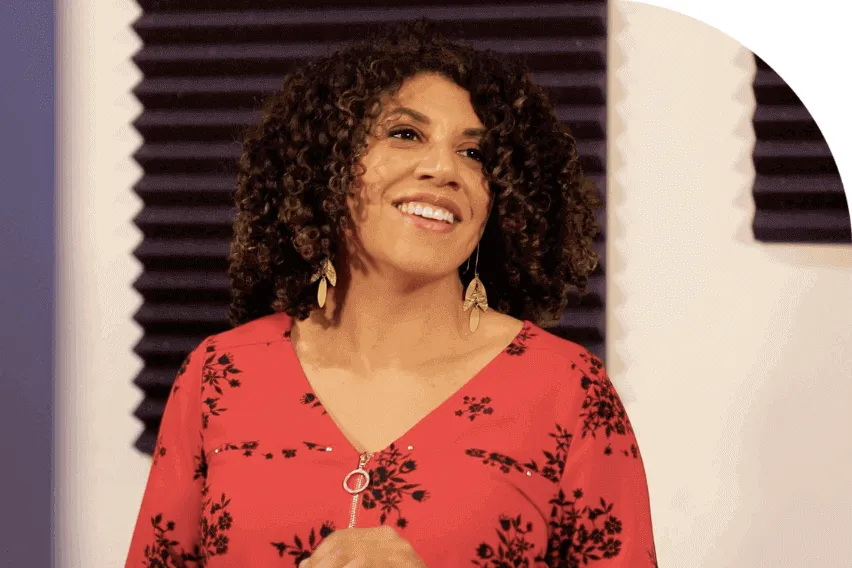 We chatted with Damona about one of the most impactful relationships in your lifetime: the one you have with your finances. Here’s what she had to say.

Who are your money heroes?

The first money guru that I followed was Suze Orman. Her advice is always delivered with confidence and clarity. I spent many late nights binge-watching back-to-back episodes of her on television and taking notes. I had never thought of myself as interested in finance or investing until Suze made it accessible to me. We actually had planned to interview her for the FreshBooks I Make a Living podcast in Season 3 but couldn’t line up schedules. It was probably for the best, because I would’ve had finance fangirled all over the place.

How do you like to spend your free time?

I work hard and I play hard. I love doing activities with my two kids, either educational activities (like museums) or adrenaline-filled activities (like riding rollercoasters). With my husband, we are foodies and love to find the hottest new restaurants to eat at. Coming from the entertainment industry, we also both love movies and live theatre. When I’m solo, you can find me sipping lattes at our local coffee shop, doing yoga, or at the spa. How L.A. is that!?

If money were no object, what would you be doing right now?

Honestly, I don’t let money stand in the way of what I want to do. I’m doing what I want to do right now, and I always find a way to make the finances support my interests. I probably would do more traveling, but as a mom and an entrepreneur with lots of clients to serve, there are a lot of other factors that prevent me from exploring the world as much as I would like to.

What was your first memory about money?

My first memory about money was probably getting money from the tooth fairy. As someone who always wanted to believe in supernatural things I wanted her to be real so badly, but I found it odd that the rates for teeth varied so dramatically from house to house.

What’s the first thing you remember buying with your own money?

I’m dating myself when I say this, but here goes: I accompanied my older sister to the record store when I was about 10 years old and I saw a cassette tape of Lisa Lisa & Cult Jam. I listened to music on the radio and I had several records of kids’ music, but I had never bought my own music before, let alone anything cool and Top 40. I only knew one of their singles and wondered if I would like the rest of the album, too. My sister reasoned that if I liked one of their songs, I would probably like the others, so I bought it.

What was your first job?

My very first job was actually doing billing for my mom’s business when I was about 13 years old. My mom hated math (still does) and was desperate to outsource the work to someone else, and I was desperate to earn more money to buy more cassettes and see more movies at the mall.

What was the biggest money lesson you learned as an adult?

My biggest money lesson was learned while buying my first home. It happened by accident. My boyfriend (now husband) and I had been dating for a few years, and we started to go to open houses for fun. One Sunday, we unexpectedly stumbled upon my dream house, and it was in our price range and had been sitting on the market for a while. I called my friend who was a realtor and she walked me through the process, assuring me that we’d have the 30-day escrow period to change our minds. In the end, I got the keys to the house and an engagement ring on the same day. It is where we started our family, where I first ran my business, and where we formed many memories. During the economic downturn in 2008-2009, our house lost nearly half its value and I worried that I’d made a terrible mistake but in the end we held onto it and were able to sell it a few years later for a little more than we paid with multiple offers to choose from.