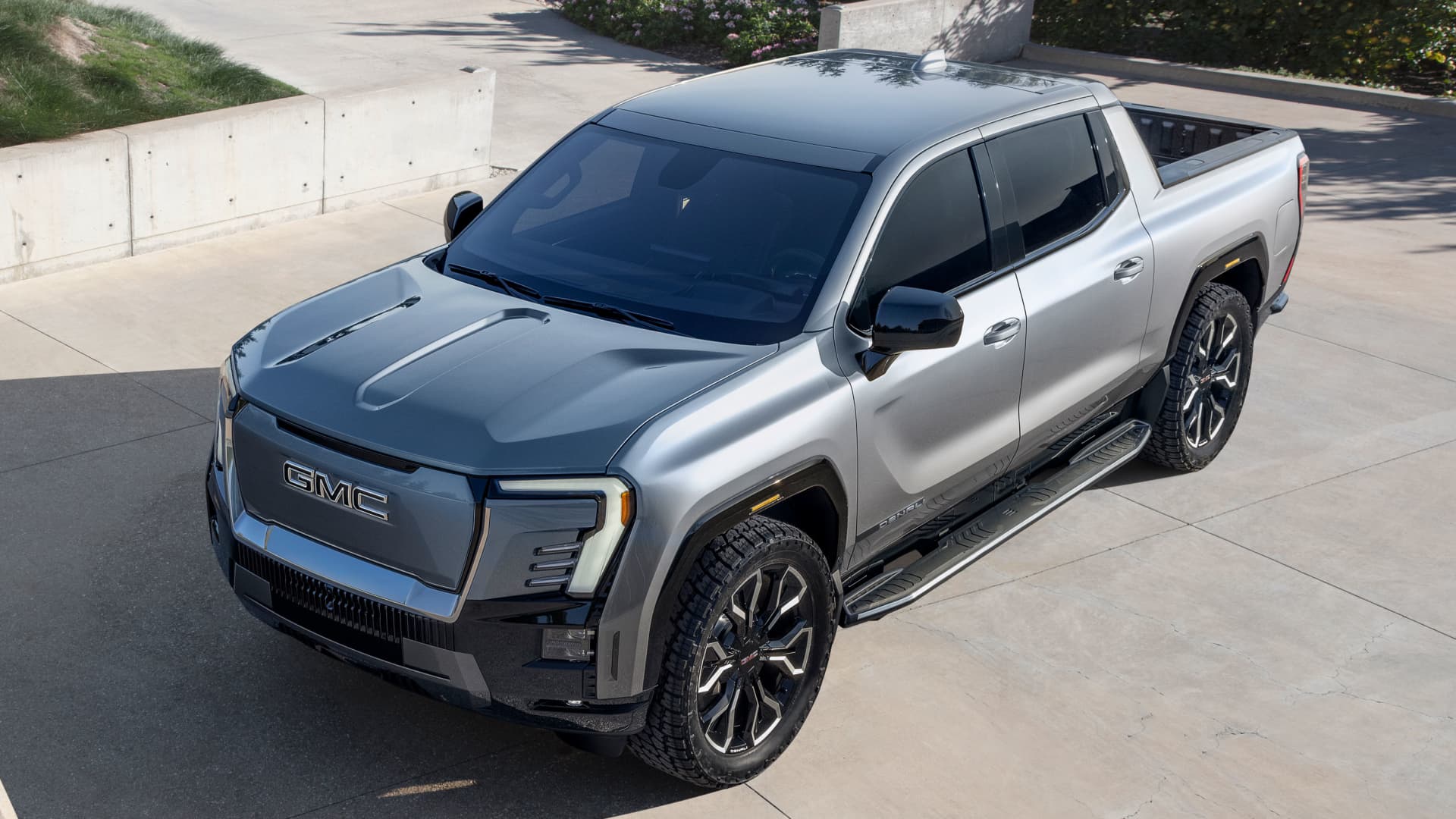 The automaker expects to begin shipping the Edition 1 in early 2024 and to add lower-priced versions of the Sierra EV — starting at around $50,000 — later that year.

It says the pickup will offer buyers something different when it begins arriving at dealers, even though it shares much of its technology with GMC’s Hummer EV pickup and SUV and the upcoming Chevrolet Silverado EV.

One of the biggest differences between the GMC’s wild Hummer EV and the new electric Sierra might be the new truck’s traditional pickup shape. GMC brand chief Duncan Aldred said that’s part of GM’s strategy.

“It’s going to attract different customers, more traditional truck buyers, whereas the Hummer EV has been attracting people from all brands, people out of exotic sports cars, for example,” Aldred said during a media briefing on Thursday. “With the Hummer EV, we found that 70% of customers with reservations are new to EVs, and about 75% of them are new to the GMC brand.”

“This is going to have a different feel, really appeal to the loyalists,” he said.

Like the Hummer pickup and the Silverado, the GMC Sierra EV will have about 400 miles of range, fast-charging capabilities, and the four-wheel “crab walk” steering that has become a popular feature with early Hummer owners.

But unlike the Silverado, which will be offered initially in a “Work Truck” variant for about $40,000 with higher-priced versions to follow, GMC will lead with the most expensive version of its new Sierra EV.

Highlights of the Sierra EV Denali Edition 1 include a “max power mode,” which will deliver an estimated 754 horsepower and 785 pounds-feet of torque; a version of GM’s Super Cruise hands-free highway driving system that works with a trailer; 800-volt fast-charging capability that will add up to 100 miles of range in just 10 minutes with a 350-kilowatt fast charger; and some clever storage options that take advantage of the Ultium EV architecture’s flat floor.

Echoing a popular feature of rival Ford‘s electric F-150 Lightning pickup, the Sierra EV will be able to serve as a mobile power source, with 10.2 kilowatts of power available through up to 10 outlets and the ability to power a home for several days during an outage.

Aldred said that while the Edition 1 is expensive, later Sierra EVs will be priced to compete with rivals like the Lightning, which starts at about $52,000. Another rival, the smaller Rivian R1T pickup, starts at $73,000.

“The average light-duty [internal combustion] Sierra today transacts at an average of $65,000, and the segment [average] is just below $60,000,” Aldred said. “That means we’ll be putting a Sierra EV into the heart of the pickup segment.”

While the high-priced Edition 1 should generate strong profit margins for GM, the lower-priced versions will be key to the company’s plan to rapidly ramp up sales of EVs in the middle of the decade while remaining profitable. CEO Mary Barra has said that GM will transition fully to EVs by 2035.

General Motors will report its third-quarter results before the U.S. markets open on Tuesday.