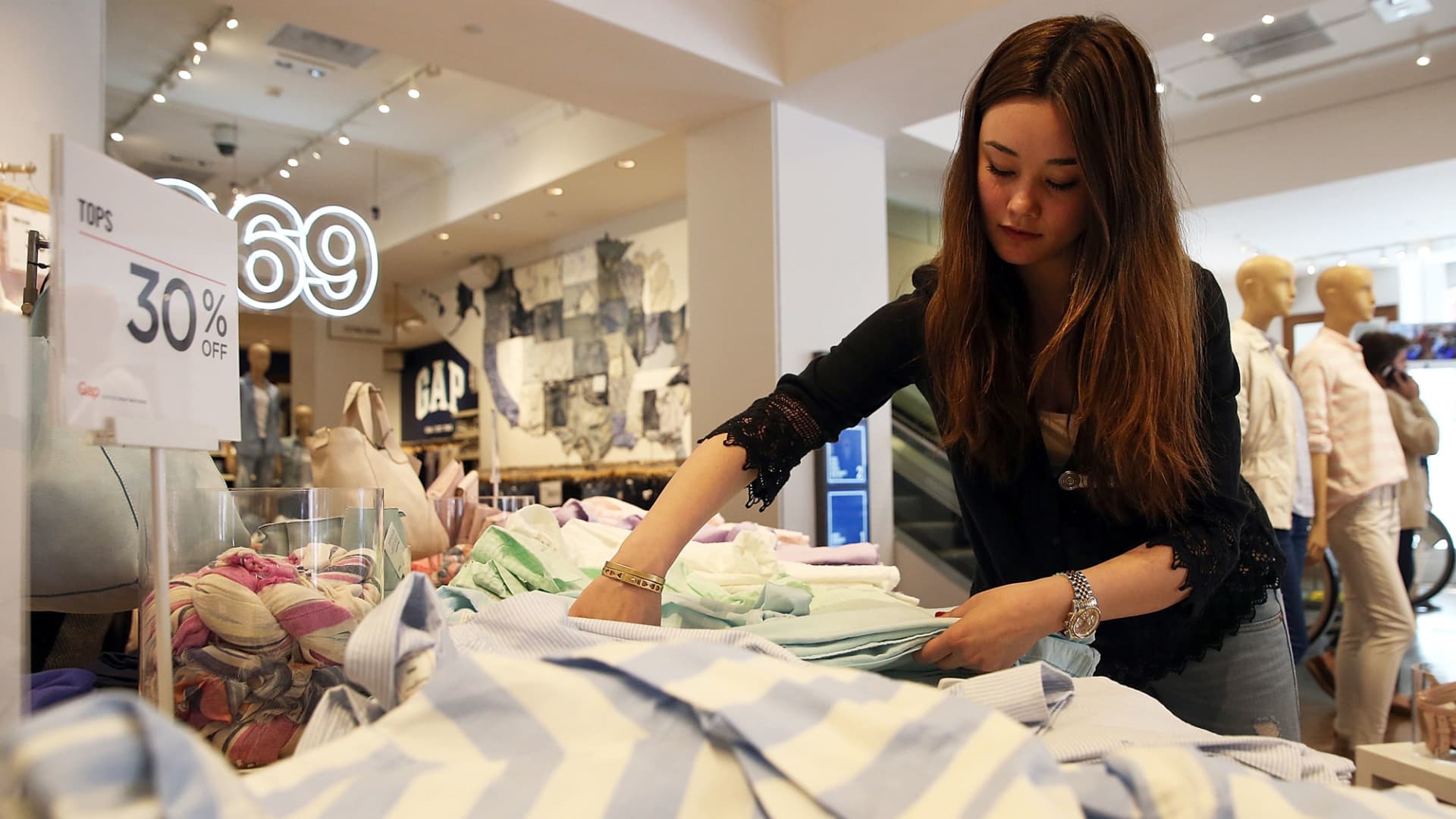 A GAP employee works in a San Francisco store.

Gap Inc. on Thursday withdrew its financial outlook for the year after it swung to a net loss in the second-quarter and its Old Navy chain continued to struggle with the wrong mix of sizes and styles.

The San Francisco-based company, which is in the midst of finding a new CEO, cited its recent execution challenges and uncertain macroeconomic trends for withdrawing its guidance for 2022.

“In the near-term, we are taking actions to sequentially reduce inventory, rebalance our assortments to better meet changing consumer needs, aggressively manage and reevaluate investments, and fortifying our balance sheet,” Chief Financial Officer Katrina O’Connell said in a news release.

Gap’s revenue for the period fell 8% to $3.86 billion from $4.2 billion a year earlier. That topped estimates for $3.82 billion, according to a Refinitiv survey.

Comparable sales, which track revenue online and at stores open for at least 12 months, were down 10% from a year ago. That included a 15% decline at Old Navy, which the company said was hit by inventory delays, “product acceptance issues” in key categories and slowing demand among lower-income shoppers.

Gap said in prepared remarks that is started to see an improvement in sales trends in July and into August. However, the company is not offering a forecast for its full fiscal year due to ongoing uncertainty around consumer behavior and promotions at other retailers.

The company said it has reduced the number of Old Navy new stores it has planned to open in the back half of the year.