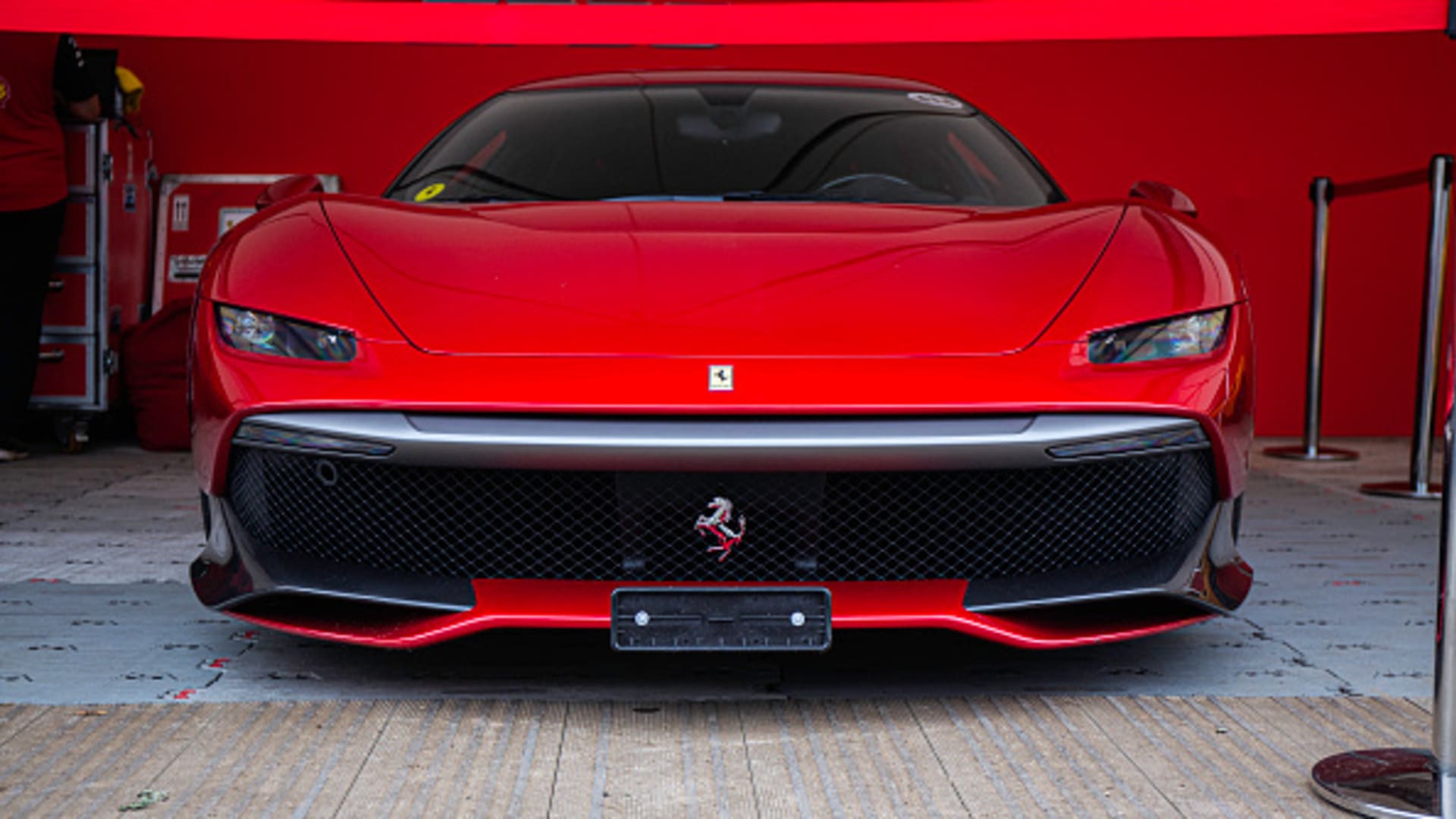 The Ferrari SP38 seen at Goodwood Festival of Speed 2022 on June 23rd in Chichester, England.

Ferrari raised its guidance for 2022 after reporting record results for the second quarter amid unprecedented demand for its high-priced sports and grand touring cars.

The Italian supercar maker has been largely immune from the supply chain disruptions that have forced larger automakers to reduce production over the last several quarters, thanks to its small sales volumes. Ferrari’s wealthy clientele are also shielded to some extent from the economic concerns that have begun to appear in consumer data.

On the strength of its first-half results and robust order book, Ferrari said that it now expects to report earnings per share between 4.80 euros and 4.90 euros ($4.89 and $4.99) for the full year, on revenue of roughly 4.9 billion euros. It had previously told investors to expect full-year earnings per share to fall between 4.55 euros and 4.75 euros, on revenue of about 4.8 billion euros.

Ferrari’s second-quarter profit, revenue and shipments all rose more than 20% from a year ago to quarterly records. Its net order intake also hit a record level in the quarter, said CEO Benedetto Vigna in a statement.

Here are the key numbers:

Ferrari shipped 3,455 vehicles in the quarter, up 29% from a year ago, on strong demand for its V8-powered Portofino M convertible and F8 mid-engine sports car. The company also confirmed that it’s begun production of its new V6-powered hybrid 296 GTB sports car.