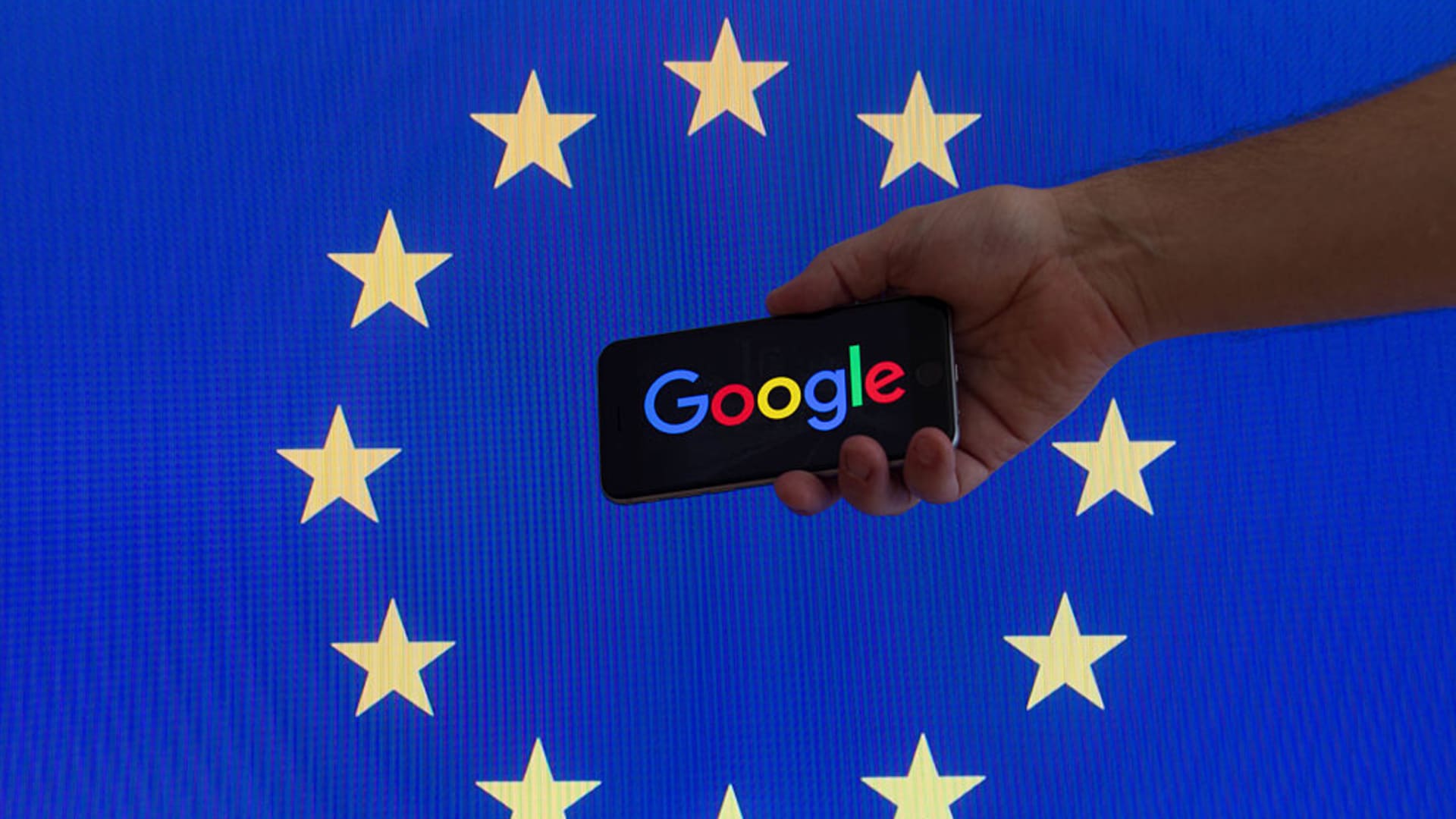 The European Union flag is seen with Google’s logo.

The dispute between Google and the EU courts is over whether it uses the Android operating system to quash competition, and was initiated against the company in 2015.

The court said it “largely confirms the European Commission’s decision that Google imposed unlawful restrictions on manufacturers of Android mobile devices and mobile network operators to consolidate the dominant position of its search engine.”

In a statement provided to CNBC, Google said, “We are disappointed that the Court did not annul the decision in full. Android has created more choice for everyone, not less, and supports thousands of successful businesses in Europe and around the world.”

The initial fine was issued by the European Commission in 2018 and was the largest ever received by Google. It said that around 80% of Europeans used Android and that Google gave an unfair advantage to its apps, such as Chrome and Search, by forcing smartphone makers to pre-install them in a bundle with its app store, Play.

Google contends that Android phones compete with Apple phones, which use its iOS operating system, and that using Android still allows consumers a choice of phone maker, mobile network operator and the opportunity to remove Google apps and install others.

In Wednesday’s judgment, the General Court said the new fine was “appropriate in view of the significance of the infringement.”

It highlighted that Google’s business model “is based first and foremost on increasing the numbers of users of its online search services so that it can sell its online advertising services,” whereas Apple focuses on the sale of higher-end smart mobile devices.

Google argues that this allows it to keep the majority of its services free.

The company can still appeal the ruling in the EU’s highest court.