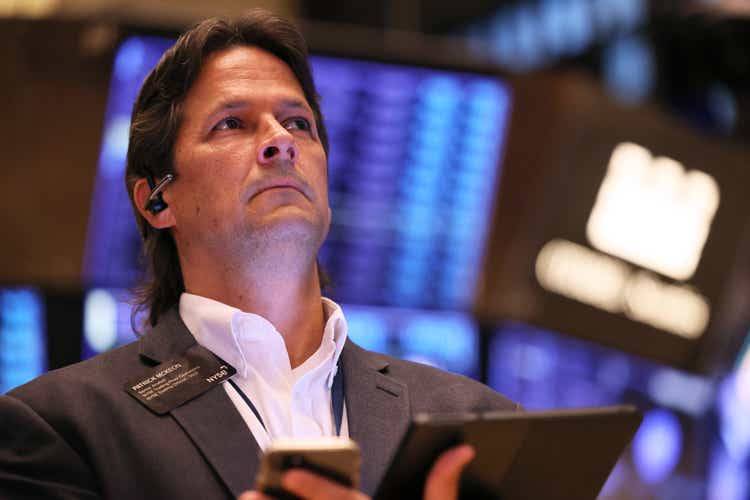 That followed a Monday of gains for stocks with broad advancers, led by Energy and Information Technology.

Headline consumer price inflation is expected to ease yet again, suggesting it might have peaked in June, while core CPI is expected to tick up slightly year-over-year.

Major market averages had moved higher on Monday as investors brace for the last full week of economic numbers before the next Fed decision.

The S&P “mounted a solid 3.65% rally last week with confirmation from two NYSE 80% up days (9/7 and 9/9), as well as from a bullish outside week, as oversold breadth indicators trumped a lack of true capitulation from tactical sentiment,” BofA technical strategist Stephen Suttmeier wrote.

Of the 11 S&P sectors, all of them traded in positive territory and were led higher by the Energy and Info Tech segments of the market.

As for inflation, “The recent slump in commodities, with WTI firmly below $100 per barrel throughout the month, is likely to put downward pressure on the headline number as are gas prices being down -12% over the month,” Deutsche Bank’s Jim Reid wrote. “However, the resilience of the labor market is among the forces that could propel the core gauge higher.”

“Expect a fair amount of attention on what now seems to be sharp falls in used cars after runaway price rises during COVID. On the flip side our models suggest rents should continue to climb for a few more months before falling. So they’ll likely be a few opposing forces in the release.”