Charlie Munger Isn’t Worried About Inflation: ‘I’m Always Aware Of It, But It Doesn’t Stop Me From Operating’ 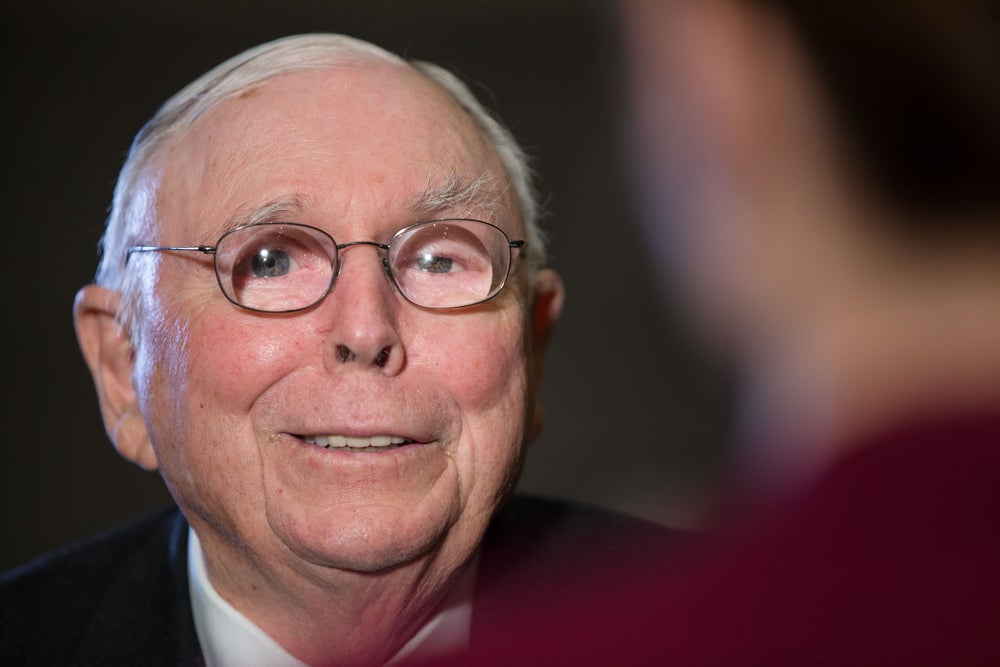 Charlie Munger, one half of the dynamic duo that transformed then-dying textile business, Berkshire Hathaway Inc (NYSE: BRK.A) (NYSE: BRK.B), into one of the world’s most profitable and lucrative holding companies said he’s not worried about macroeconomic trends and ignores them like the weather.

What Happened: Munger, from the library of his Los Angeles home, was part of a Zoom Video Communications Inc ZM meeting with Charles Jennings of Stonehouse Corporation, a Berkshire Hathaway-style investment company to which Munger entrusted a stake of his personal wealth, to discuss a wide array of topics — mostly paying homage to Jennings’ Warren Buffet-Munger style of investing.

“I’m always aware of [inflation], but it doesn’t stop me from operating,” Munger said. “I’m 98½ years of age, and I’ve seen a lot of inflation. I intend to live through inflation. I’ve lived through a lot of it already in my long life. It doesn’t discourage.”

Ignoring macroeconomic trends has been a forbearance of Berkshire’s strategy since Buffett took control of the company in 1965.

“I don’t pay much attention to macroeconomic trends. Like the weather, I just ignore the weather. I just try to invest whatever capital I have as best I can and take the results as they fall. I just seize whatever opportunities I can and I hope I get my share.”

This can be illustrated most recently in Berkshire’s multiple share purchases of Occidental Petroleum Corporation OXY, an oil and gas exploration company that has quite an exposure to the macroeconomic trends including geopolitical tensions, supply chain constraints and the wild price action in crude oil that affects the stock’s price.

Munger and Buffett have been quietly increasing their stake in OXY — the pair owns a staggering 18.7% of the company, with Munger saying oil and fossil fuels aren’t going away anytime soon.

“I think we’re going to be using fossil fuels for a long time ahead because we have to,” Munger said. “If you stop to think about it, the present population of the world couldn’t eat if we didn’t use natural gas to create nitrogen fixer fertilizer — we’re not going to get rid of fossil fuels, we’re just going to use less of them,” Munger noted.