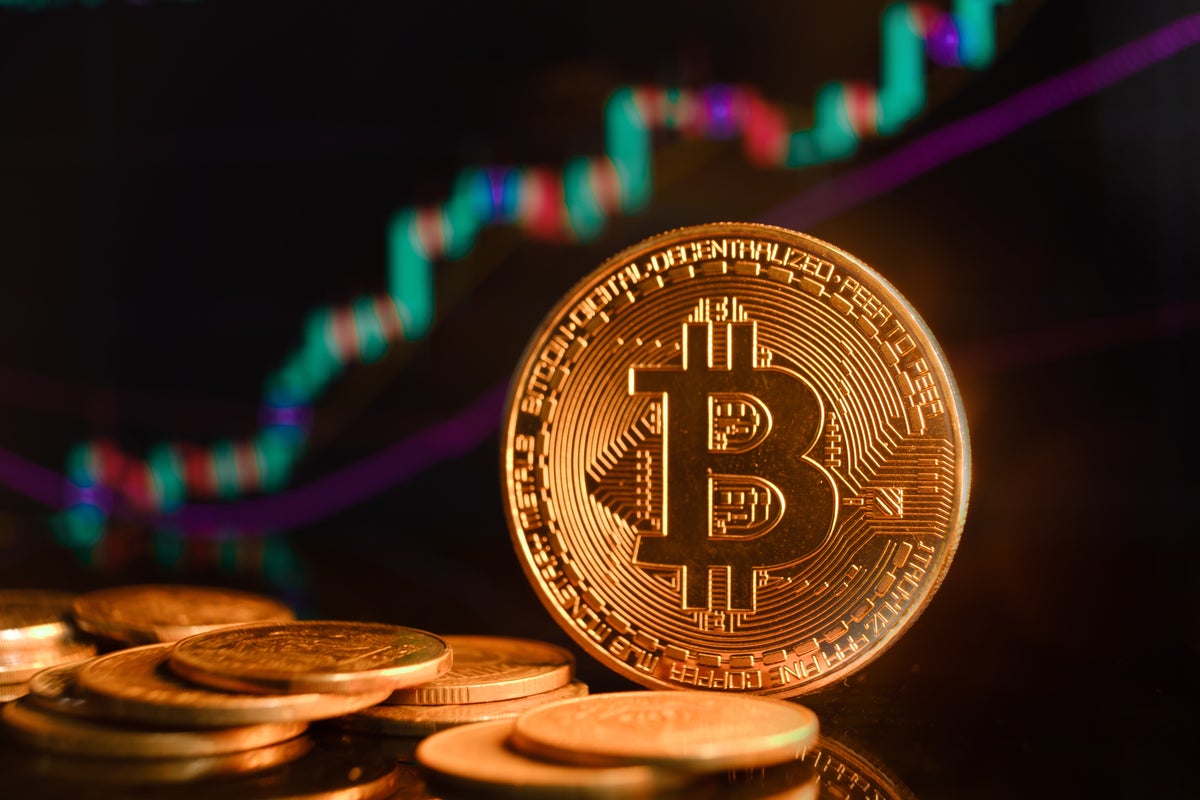 Bitcoin and Ethereum traded higher on Wednesday evening as the global cryptocurrency market cap rose 1.8% to $1.07 trillion at press time.

See Also: How To Get Free Crypto

Why It Matters: Following a strong performance on Wednesday, risk assets held firm towards the evening. Bitcoin touched an intraday high of $23,578.65, while Ethereum rose to a 24-high of $1,678.10.

Stocks rallied on Wednesday as well, with the S&P 500 and Nasdaq ending the day 1.6% and 2.6% higher respectively. At press time, U.S stock futures were marginally in the red and traded flat.

This week has been dominated by cryptocurrency hacks. Tuesday saw the network related to the 9th-largest cryptocurrency Solana (SOL) getting hacked. The same day, $190 million was reported stolen from Coinbase-backed cryptocurrency bridge Nomad.

GlobalBlock analyst Marcus Sotiriou said in a note, seen by Benzinga, that Bitcoin had shown strength despite these hacks.

Sotiriou pointed to CoinShares data indicating that Bitcoin-focused funds saw inflows last week totaling $85 million, while short-Bitcoin funds saw outflows of $2.6 million. The analyst said that this was the first week of outflows for the short-Bitcoin product after a 5-week run of inflows.

“As these funds are typically purchased by institutions and high net worth individuals, this is a signal that smart money is very interested in buying crypto at these prices.”

Still, for the apex coin to move higher, it needs a factor that is cryptocurrency specific and the news cycle has not been positive for Bitcoin, said Edward Moya, a senior market analyst at OANDA.

“Bitcoin needs a crypto-specific catalyst to trigger a meaningful move above the $24,700 level.  The news has not been positive for crypto as wallets with Solana have been hacked and Nomad, a key bridge protocol, suffered a security exploit and lost almost $200 million.”

Ki singled out a transaction on July 20, when after 8 years 1,100 BTC worth nearly $25.29 million was moved. The CryptoQuant CEO of the on-chain analytics platform shared a note which said the coins belonged to the retired miner “Ghash.”

Still many dirty old whales who are related to drugs, gambling, money laundering, hacking, etc. Fortunately, the recent old whale move was from a retired miner.https://t.co/fm8q5IBo7f

“These coins were not sent to exchange addresses yet. In other words, there is no selling pressure for now emerging from this blockchain activity.”

CryptoQuant suspects the coins were sent to a custodian service as the receiving address type can be used by multiple digital signatures (P2SH).

Ethereum’s supply on top exchange addresses rose as traders dumped their holdings to large exchanges during the 2022 slide in prices, noted Santiment, a market intelligence platform.

#Ethereum has seen its supply held by top exchange addresses rise, which makes sense with traders dumping their holdings on to large exchanges during the 2022 slide. Watch for a decline in top $ETH exchange address holdings as a #bullish signal. https://t.co/NPq4J018bn pic.twitter.com/Y9Q1vMfn14