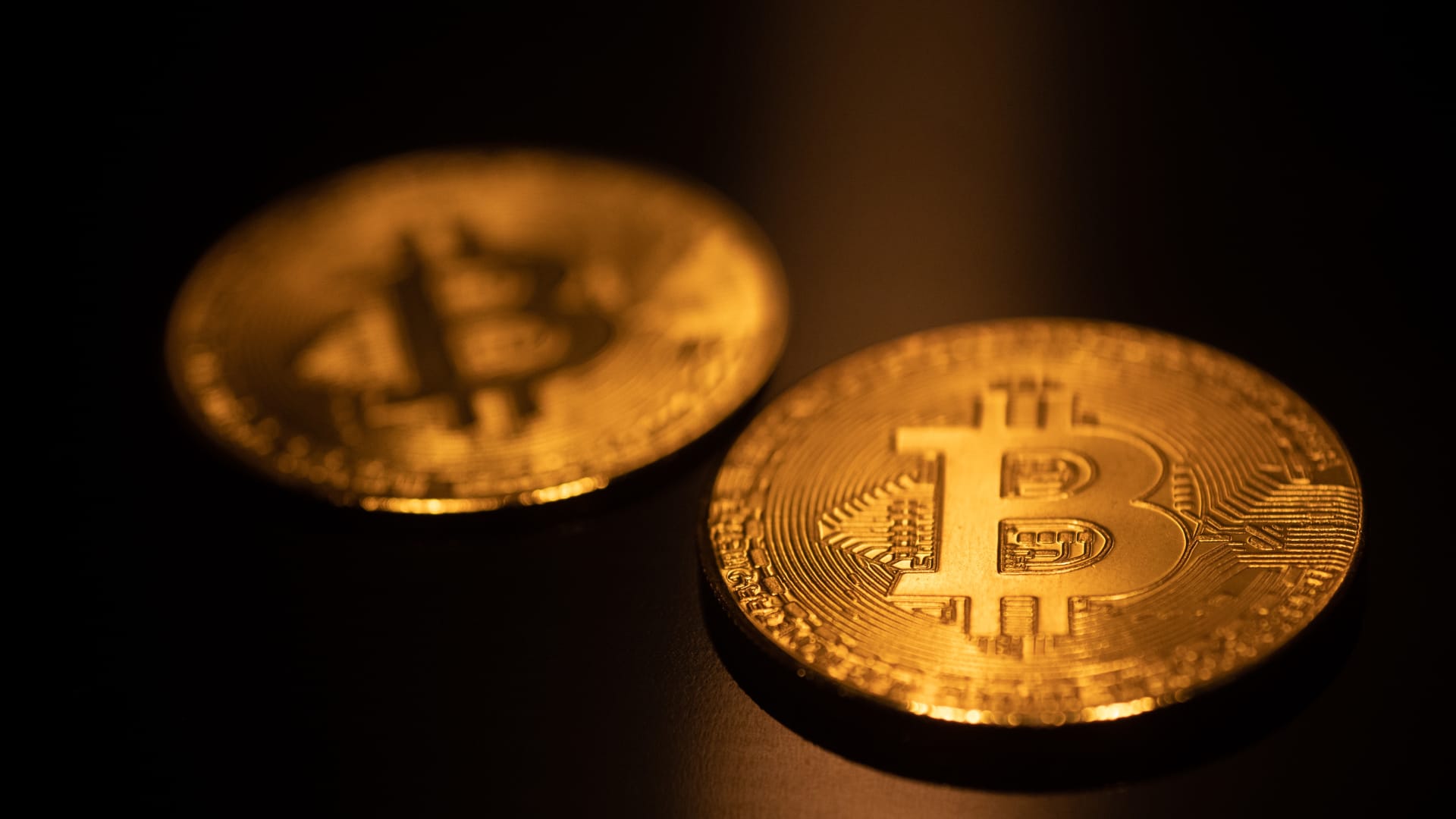 Bitcoin prices have been under pressure in 2022 after the collapse of algorithmic stablecoin terraUSD and subsequent bankruptcy filings from lender Celsius and hedge fund Three Arrows Capital.

Bitcoin surged 8% on Friday breaking back above the $20,000 mark as the U.S. dollar weakened and stocks jumped.

The world’s largest cryptocurrency was trading at $20,741.55 at around 6 a.m. ET, after falling to its lowest level since mid-June earlier in the week.

Weak foreign markets may serve as an ominous warning for U.S. stocks

Other digital coins were higher including ether which was up around 4%. The total cryptocurrency market value jumped back above $1 trillion again.

The latest leg higher for bitcoin has been sparked by a slight weakening of the U.S. dollar which has seen a stunning rally this year. The U.S. dollar index, which measures the greenback against a basket of other currencies, was down about 1% on Friday morning.

U.S. stock indexes closed higher on Thursday and futures were higher Friday. Bitcoin has been closely correlated to U.S. markets often rising when stock indexes do. Bitcoin also tends to rise when the dollar weakens.

Vijay Ayyar, vice president of corporate development and international at crypto exchange Luno, said that Friday’s rally could be a “bearish retest” of the $22,500 to $23,000 price.

“Hence unless it breaks that level convincingly and closes above, I would still think this is a bearish rally that could see more ranging and downside,” Ayyar said.

Bitcoin has been battered this year and is more than 60% off its record high seen in November as the Federal Reserve has hiked interest rates aggressively taking the shine of risk assets such as cryptocurrencies.

The crypto market has also been hit by failed projects and high-profile bankruptcies which have spread across the industry.

Crypto markets have been anticipating a major network upgrade to Ethereum called the merge, which proponents say will make the blockchain more efficient.

The merge is expected to be completed by mid-September.

In the run-up to the event, the price of ether, the native token of Ethereum, has far outpaced bitcoin.

Financial markets are also looking for signs of cooling inflation when the U.S. Consumer Price Index is reported next week. And investors are also keeping an eye on signals about the Fed’s rate hike path.

If inflation cools and with anticipation around the Ethereum merge, Yuya Hasegawa, crypto market analyst at Japanese crypto exchange Bitbank, said bitcoin could test the $22,000 level, but also offered a warning.

“Given what some Fed members, including chair Powell, said this week, too much optimism could be dangerous,” Hasegawa said in a note on Friday.